Guest
@guest
FeedCommunitiesIntroductionAboutFAQ
@Acesontop
Posted 3 years ago
What's your take on home schooling and other alternatives to the traditional educational system? Why would you ditch the classic one for your or your children? What do you see as flawed in the current educational system in your part of the world?
3
7 Comments
Avalanche Tx
Share
7 Discussions
@Reservedsingle
Comment written 3 years ago

Homeschooling for me is quite a good idea for kids who are in the early stages of learning and really do not need much to learn as long as academics is concerned. All they need to know are just basic communication and interactive skills.

This said, the part of education that is flawed in my country (Nigeria), is the discrepancy with what is been taught in school and what the real life entails.

At this age, education should not just be about going to school for the degree but to become a better person in all ramifications; academically, socially, mentally and psychologically.

It is very disheartening that what students are taught in schools, Tertiary institutions are really not what they need to survive in the world out there, yet, the powers that be have refused to revisit and review our education system.

The developed countries did nothing better than us, they only do the right things correctly.

When a child exhibits an interest in a profession or study, all you should do is support him in all ways. Yes, it might not be the most lucrative (as that's what most people give as excuse for not allowing their children follow their passion and enhance), still, enjoying what you do is very paramount either for studying or working.

I see homeschooling definitely as a good alternative to state schools, which often deliver poor results when it comes to teaching young people. There are many reasons for that. Underfunding, stressed out desillusioned teachers, violent pupils who show anti-social behaviour and the denial of schools to recognize and tackle such problems, classes with far too many pupils, no support for highly intelligent children, to name just a few.

Unfortunately homeschooling is forbidden in Germany.

However, in order to allow somebody to homeschool children there have to be certain regulations. And I would not allow homeschooling in cases where parents are overly religious and want to avoid regular schools in order to keep their children away from daily life and the world outside. Parents who want to do homeschooling need to meet certain criteria.

Venezuela's educational system was one of the best in Latin America before the chavista revolution politicized it and destroyed it. All countries that have received Venezuelan professional can attest to the quality, vocation, and creativity of our people. But, in the last 15 years the level of our education has diminished considerably. If I could, I'd homeschool my children. Here we do not have that option. 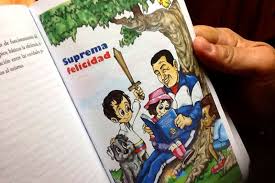 The government started imposing all kinds of ideological programs to make teachers reproduced Chavez's socialist ideas. They changed the curriculum, they changed the education laws, they put the ministry in the hands of people who were not even educators or whose main function was to serve a political agenda rather than the actual improvement of our children's education. They published a series of books, called Colección Bicentenaria and created a novel idea in the Canaimitas computer program (free laptops for all children in public schools). Yet, the books were loaded with conceptual errors, methodological flaws, and ideological brainwashing. Their pages ended up being use by peanut street vendors to wrap their products. The computers, without the adequate tech support, internet service available at schools and teachers' accompaniment, ended up being used by parents, big siblings, lottery stands, or robbed and traded by delinquents. Kids were using the computers for anything but studying.

Schools started to be invaded by political propaganda. All cultural activities gravitated towards planting the idea that Chavez was a hero, at the same level of Bolivar, the Liberator, that the military was good and that any history prior to the revolution was bad. Children were encourage to dress in immitation to the new heroes of the revolution in parades, national celebrations and carnival, even though the constitution and the law of education expressly forbids underage kids to to be used for political purposes. 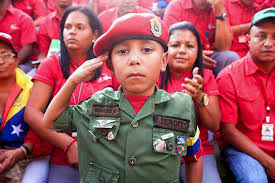 I ended up developing aversion towards anything patriotic. Any of the symbols that were suppposed to make us proud of our country started to be used and modified at the government's will. That turned our educational system in a mass producer of mediocrity. The contents of basic subjects, such as history, language, geography and sciences were replaced by "cultural" activities to encourage kids to develop the values of the new man/woman. All this with the sole intention of turning them into brainless followers of the revolutions. 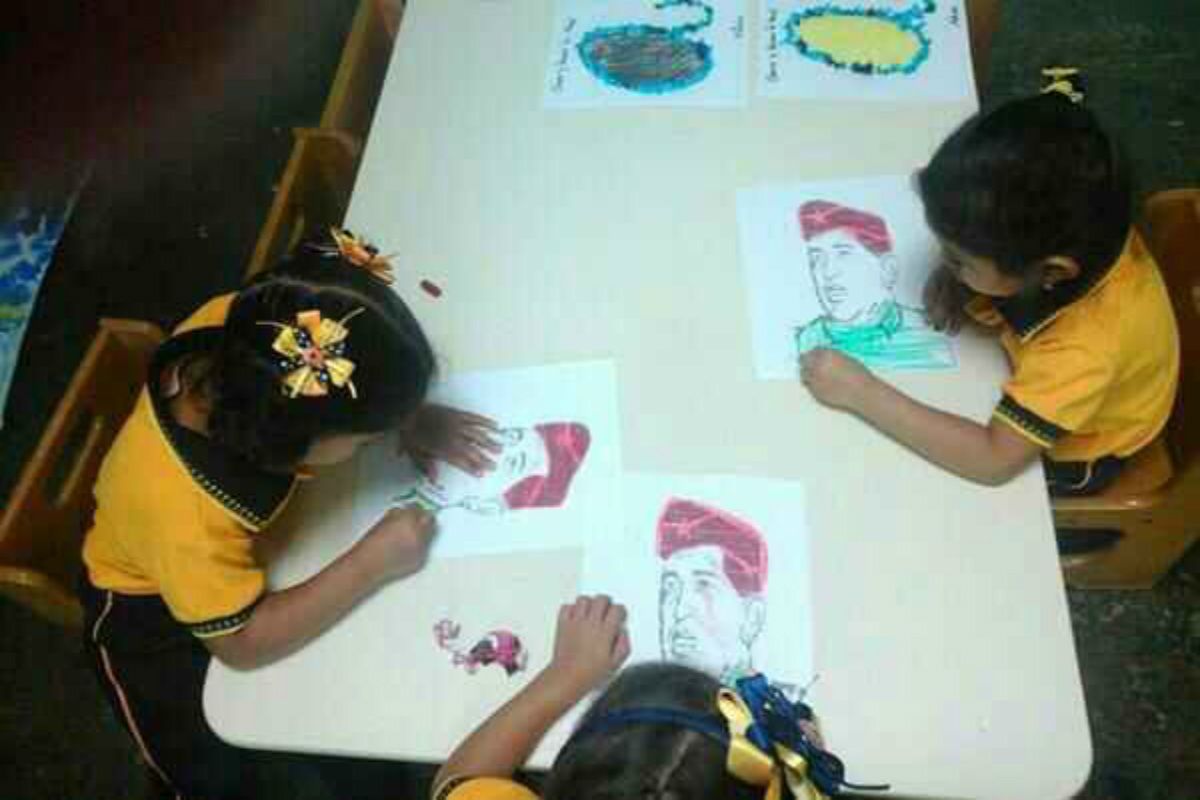 Teachers were slowly deprived of their basic rights and benefits. Their salaries and insurance were reduced to symbolic levels (about 3 dollars a month now). That obviously had negative repercusions in the quality of their work given the fact that they had no motivation at all to do excell in their jobs. Schools started to be abandoned. resources were scant and with the increasing migration crisis we have now half-abandoned buildings that cannot be called schools/high schols or universities.

With very few honorable exceptions, both in the public and private sector, Venezuela's educational system was reduced to rubbles. There are no standards to emasure the facilities or the curriculum. Our students these days would do very poorly if they competed with other students around the world. As of right now,the situation only seems to worsen by the minute. Teacher are protesting demanding higher salaries and other benefits, but even if that were achieved (which will not be the case), that would not solve the real problem. Education cannot/must not be at the service of the ideological agenda of a given political party.

If my child schools in a school, he or she will learn how to be outspoken, how to socialize, how to conquer stage fright and so on.

So I prefer my kid schooling in a school where he or she will socialize with other kids and learn how to live in a society instead of staying back home and receiving teachings only.

As for the current educational system in my part of the world, I think the Federal government should try harder to increase the salaries of the teachers because they train up the leaders of tommorow.

I think it's good for the kids to still go to school to study. No doubt home schooling has it's great sides but there is the interaction with other kids that the kids may miss out which is crucial to their future success.

I have been teaching kids for a long time and I am sure that they need some form of social interactivity to make sure that they can easily be able to learn something. I think despite the current educational system being flawed and teaches most kids to one day fit into the nine to five jobs, it can be tweaked some day to allow for more flexibility in the subject matter.

One of the problems with the classic schooling system where every student gets to school and study the same thing is that it doesn't really increase the interest of those who are bored with those subjects that he/she isn't prepared to learn. Not all kids are alike and sometimes it is pretty sad that the current school system makes them feel bad by punishing them for not doing well in their school for something that they are not good in. However of course I think some subjects need to be learnt as they are the prerequisite of all the other subjects.

In conclusion, I feel that it is really important for schools to be changed in giving more interesting things for kids to learn where there is interactivity and also more practical knowledge that is able to fit into the new century. I think they should be allowed limited use of the smart phone in the new school system as smartphones nowadays play an essential role in the world.

The Negative Aspect of the Education System is that Students tend to Limit their Learning's to Academics and Do not try to find other Sources of Learning New things. Its all about realization, If a Person has a Clear Picture of his Goal, He Believes in his Work, this will lead him towards New Opportunities and Make him Innovative.

Online Courses are Available for every field, We have the Required technology and Sources available for Seeking Knowledge, Its up to a Person on how to Utilize time, Knowledge and Other Important things Efficiently.

Academic Education is Also Important in today's Generation but Along with Academics, A Person should be Innovative and an Opportunity Seeker when it comes to Acquiring Knowledge.

I have made my kid brother to participate in home-schooling and sincerely it was a great idea and a very wonderful decision,home-schooling helped me to be able to have more greater chances of monitoring him while he is being educated by the professional teacher at home...it makes me see it as a win win situation whereby he can get the best form of education and at the same time get very good home training....