I know it's retarded, dangerous, and a great way to keep that natural selection engage our specie.

Whenever I hear about a new "natural medicine" lifestyle trend I think to myself,

"Oh no! I don't want people get sick, and potentially die because of quacks trying to make a buck"

So I would very much engage in efforts to educate people, even if that's just people in my circle, to make sure they understand why "Raw Water", or Homeopathy, Crystals, Salt shakes, and Chiropractics, Vitamins, and things with Bio, or Organic, or Gluten Free, or GMO-Free are not going to treat their disease, or even improve their health in most circumstances.

But on the other side, the people who did have received information from both sides, and decided that "big pharma is controlling everything and wants to keep people sick",

maybe, they should be the example why you shouldn't drink untreated water from your nearby river.

Maybe, some liver damage or parasites in their brain is what we need to show the future generation as an example why this thing don't work.

And let's get one thing straight.

You can get a good water source, like underground wells, and mountain springs,

sources that don't need water treatment as much as other sources,

I don't think one should trust that untreated water will always be from such pure source, and we shouldn't go along with such risky trend. 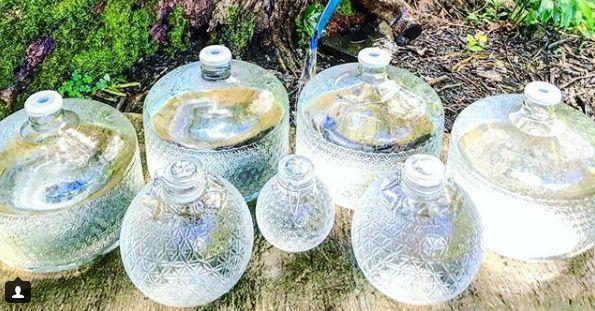 This is the latest trend of the moment, buying unfiltered, untreated, unsterilized and sedimented water. The idea is laudable: return to the natural state and prepare your body to defend against external aggression. In fact, more than 2 billion people suffer from pathologies due to the consumption of poor quality water (unhealthy or polluted). Defenders of this new trend raw water highlight the benefits on joint health, the reduction of fatigue and other amazing properties.

As a reminder, we live for the most part near human activities. These influence our environment. Drinking water near a farm, livestock farm or treatment plant is not without risk. Runoff waters also carry a wide variety of wastes, pollutants and residues unfit for human consumption. Drinking water without a minimum of care is like having sex with an unknown person without protecting yourself. It's okay or not ... It's impossible to know if the water of nature is drinkable. As a reminder, viruses, bacteria, parasites and micro organisms are not visible to the naked eye. They are only a few microns. Yes, spring water is good.

The raw water, is gaining adherents who defend their benefits. However, like many new trends, it is a fashion that is not free of risks

The history of humanity has been written on a second plane of difficulties, epidemics, famines and crises overcome thanks to human development itself. And precisely now, when most of these difficulties seem to be overcome, counter-current movements do not stop appearing, leaving many of the triggers of these crises forgotten, also questioning the benefit of development itself.

One of the latest trends in the effort to change the direction of human development, is the consumption of so-called raw water, raw water or raw water. As its name suggests, it is water without any treatment, as can be found in natural reserves of surface and groundwater. A series of start-ups in the United States, have made this type of water a business, marketing it bottled, without any treatment, at a not inconsiderable price, to change, several euros per liter. As a common factor in this type of movement, this new fashion defends the supposed benefits of the consumption of this type of untreated water, and conspires about the presumed negative effects of the consumption of the water coming from both the public distribution network and the water bottled previously treated.

Much more than two hydrogen atoms and one oxygen atom

And much more than that because, despite the simplicity that can appear in its formula, the chemistry of water makes it a unique and indispensable substance for life. And it goes without saying that for life in all its manifestations, since, water is the perfect vehicle for transmission and propagation of microorganisms that cause a large number of diseases, and this has been the case throughout the history of the humanity. The luck is that, nowadays, this stage has been overcome thanks to the treatment and control of water for human consumption.

After this brief explanation of the risks that can involve the consumption of untreated water, one might ask; Who in their right mind would opt for the voluntary consumption of this type of water, even more, paying not a little for it ?. Well, friends, like meigas, "there are, there are," and they are among us.

$0.00
Reply
RECOMMENDED
What do you know about kuchipudi?What are the names of foods that makes people overweight?Do you think that the tip should be mandatory?What do you consider as the most difficult job in the world?After you’ve dropped a piece of food, what’s the longest time you’ve left it on the ground and then ate it?What could be done on the STEEM platform to make it more accessible for the disabled?Why are old people not afraid of dying?What can we do to change the materialism in our society?What’s the number one item you would save from your burning house?Can you have more income in the informal economy than in a formal job? How and why?