HomeAnswerNotifications
X
HomeAnswerNotificationsCustomize Feeds
HOME→QUESTION
Better-life-tips
Question asked on monsters 1 year ago
If I win a battle on steemonster, I receive steem or sbd ?? Or just give me packs ??
If the packs I buy a pack for and receive for winning battles contain common cards and I can not sell them
$0.02

I will try to answer your question here one by one and clear some things as to how SteemMonsters works. XD

First things first, NO! You do not receive any Steem/SBD or even get your opponents cards from winning battles against them. The only thing that happens when you win a match is that it only increases your Battle Rating (and decreases when you lose a match) nothing more nothing less! 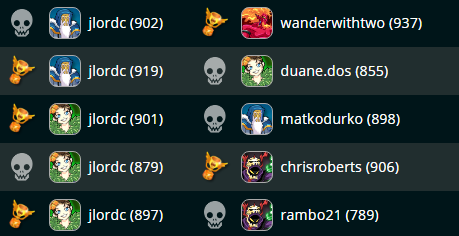 The rewards also are deeply tied to your Battle Rating. Every Season, SM players are given some  time to reach the highest battle rating they can achieve which usually
last for 2 weeks (14 days). At the end of the season, depending on your Battle Rating League, you will get some number of Booster Packs. The highest league at the moment is Champion I which is around 4700+ rating which gives you 30 Booster packs! 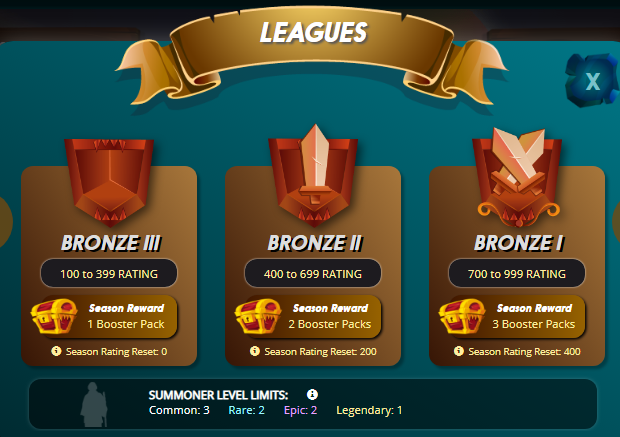 They also have Daily Quests in which you are tasked to form a team based on one elemental deck. Usually you are tasked to win at least 5 matches with a corresponding summoner element. Complete the task and earn yourself 1 Booster Pack, daily!

But that's not all SteemMonster has to offer. A lot of people don't know this but they have a Discord Bot that upvotes blog posts with the #steemmonster tag. All you have to do is go to their server and use the command:

So while they might not give liquid Steem/SBD (at the moment), one could still take advantage and be rewarded for sharing their experience on Steemmonster in a blog-post style. Or you could try joining their Art Contests/ Voice Acting Jobs and Story Telling contests, that could also net you some liquid SBD/Steem. XD

Neither. Every 24hours you have a task you must accomplish in other to claim a free booster pack. What you gain for winning your matches are points, which as they accumulate your ranking goes up and you qualify to be in certain league. There is several. We have bronze league, which I'm currently in, silver, gold, platinum and champion's league. Each league has three tiers. Depending on how many points you finish with at the end of the season you're entitled to a number of booster cards for their tier. So for example. The first tier of the bronze league entitles you to two booster cards which you get at the end of the season.

So i hope this information is useful to you.

Well the things does not really runs that way.

While to start you will have to buy a starter pack I assume you have done that, after that you will play accordingly. There are 2 ways two play Steemmonster as of the moment

1) Practice game: this is where you can play but you will not be rewarded or your rank will not improve

$0.75
Reply
RECOMMENDED
HAS THE PRICE OF STEEM CHANGED THE WAY YOU WORK ON STEEMIT ?Can musing change your life?What are the biggest mistakes women makenin relationships ?How far is Discord helping you as Steemian?What is the reason behind adolf Hitler's hatred for Jews which lead to the slaughtering and killing of Jews ?Other tasty ways to cook with eggs?Why do marriages last less and less?The price of Steem is declining, this is the reality now. What is your opinion about the STEEM solution to regain public trust?What should a person in their twenties avoid wasting their time on?Which do you prioritize, career or family?