WHY   Korea was divided into two countries?

It's a very long story I'll try to be brief.

Many years ago, there was only one Korea before the Second World War and it belonged to Japan; However, when entering the conflict armed and defeated in 1945, when the battle ended, he lost the country, therefore, the United States and the Soviet Union (Russia) claimed the territory.

The Allies (the British Empire, France, the Soviet Union and the United States) agreed to divide the nation by the 38th Parallel, but some regions had ideological problems. In that sense, the northern part had more influence of the working class, for that reason, Russia supported it and industrialized faster.

Meanwhile, the south was supported by the United States and developed its agricultural capacity.

In 1948, political polarization had already made any kind of reunification impossible. North Korean leader Kim Il-sung began a process of militarization that ended in an offensive against the south in 1950, to try to unite the country.

However, the United States reacted and with its troops attacked the north. The war lasted three years, leaving more than two million dead. In 1953 an armistice was signed that ended the war, but did not achieve peace. 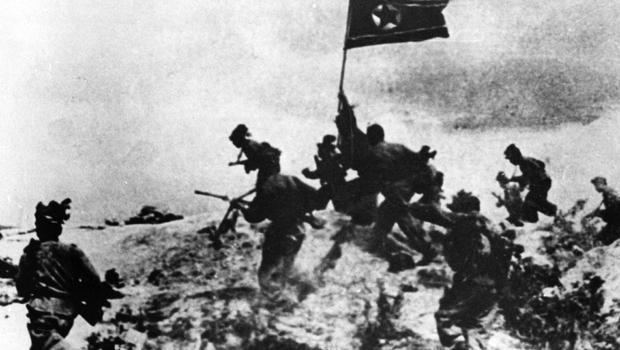 The policies of North Korea made it an isolated and hostile nation with the West. The regime began to control the citizens and the country enjoyed a period of little prosperity in the decades of the sixties and seventies. At the end of the war period, the United States had been a mediator in the conflict supporting the south

This Friday, after more than a decade without contact, the leaders of the two Koreas pledged to work for the denuclearization of the peninsula and for a permanent peace, during a historic summit in the Demilitarized Zone, a part of the border that unites to both nations.

After a symbolic handshake, the North Korean leader, Kim Jong Un, affirmed that Korea was in "the beginning of a new history". The summit was already praised by several countries of the world.

Hello answering your question, this is due to many years of conflict, North Korea and South Korea have remained technically at war since the end of the conflict that confronted them between 1950-1953 and ended with a ceasefire, after which an armistice and non-aggression agreements were signed. But never peace.

Everything goes back to the end of the Second World War in 1945, the Korean peninsula had been occupied by the Empire of Japan since 1910, but after its unconditional surrender, the United States divided the peninsula by Parallel 38, the north of which was occupied by troops of the USSR and the south by US troops.

In this way, the parallel became a political frontier between both Koreas. Although negotiations for reunification continued in the months before the war, tension intensified with cross-border skirmishes and incursions into the Parallel 38.

The escalation of tension degenerated into an open war when North Korea invaded South Korea on June 25, 1950, in what was the first serious armed conflict of the Cold War.

Before this the United Nations, and the United States, came to the aid of South Korea to repel the invasion, but in just two months the defenders were pushed into the Pusan

Perimeter, a small area at the southern tip of the peninsula, before the North Koreans were arrested.

A quick counter-offensive by the UN returned the North Koreans beyond Parallel 38, almost to the Yalu River, and then the People's Republic of China from the North side entered the conflict. The Chinese launched an offensive that forced the UN to return to the other side of Parallel 38, for which the Soviet Union helped with military equipment to the Chinese and North Korean armies.

Finally, in 1953 the war ceased with an armistice that restored the border between the Koreas near Parallel 38 and created the Demilitarized Zone of Korea, a strip of 4 km in width between both countries.

$0.00
Reply
RECOMMENDED
Is Bitcoin the scam of the century?Do you think marriage is necessary in life? if yes, what makes it necessary?How much steem power you need to make a living off of it ??See Steem current prices, do you will power UP or Power DOWN?Birthday Celebrations are always a wonderful experience. What do you think?Do you think it is right for parents to choose a husband for their daughter?Has Steemit changed your life?There doesn’t seem to happen much at Musing? Why is that so? What do you think?Does alcohol have any advantage on a human body?How important is mineral water for the body, how many glasses a day do you consume it?