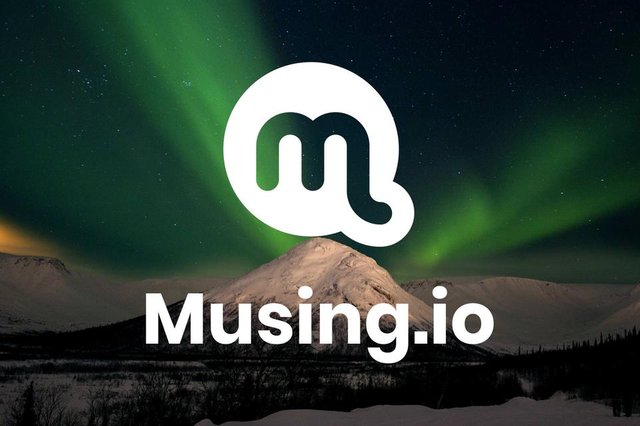 I'll start by saying that musing having that one million in delegation was super awesome and I am thankful that I was able earn my share of rewards from the musing upvotes. So it goes without saying that I miss that time. But that's not the interesting part because who doesn't like to earn Steem tokens :-)

As I started thinking of a response to your question I surprised myself! Obviously I miss all that community engagement that was happening back then, but its not what miss the most.  What I actually miss the most is my own drive and motivation to invite others to musing.

It's amazing how a human mind works, isn't it? One would think that either you would miss all that good time that we had here, or you'll miss the people, or you'll miss those rewards, but no. Amazingly enough, what I miss the most is the sense of purpose that Musing gave me on Steem.

I was making posts left and right and talking to anybody who would listen about how musing is the dapp with the most potential. Then I got sick in November and my health problems escalated to the point that I had to go through a surgery in January. During this period I lost touch with the Steem community at large (not just musing). Now I am trying to make my way back.

Don't get me wrong because I still miss those 10-12 dollars a day that I was making writing answers on musing. For me Steem always was and still is a long term commitment and in that I chose to give musing the first place. I still feel that I made the right choice back then and that delegation being withdrawn is only a bump on the road.

I still feel strongly about musing and that musing needs the community to take charge. People need to upvote each other and not wait for the dapp to do it for them. I am still sure that Jon has plans for musing and if I even get a whiff of the team being back in action, then I'll be all over it!

It is one of the regrets I have here, though it thought me a lesson now.

I heard about musing.io since last year, quite early but I didn't start because I felt the questions were going to be tedious and time consuming...little did I know it was all about happenings around us. I still feel bad of not making proper research or atleast given it a trial. But finally it's better late than never,I just wish it would come back again and better too......cheers

I think I would be lying if I said I didnt miss that time - the upvotes were great and I was very active here (along with a few others!). I was pretty worried this platform would just fail after the loss of delegation and the fact that there was minimal communication from Musing and the upvotes stopped. However, now there is more of a plan moving forward and I hope Musing can do well again!

First of all, F whoever decided to remove musing's delegation.

I can't remember the exact story behind it cos I was so mad I wasn't even ready to listen to any justification. Simply because it was just wrong - plain wrong, to remove that delegation as they did without any prior warning.

I mean of course we all know they gave it and they could choose to take it anytime but ffs at least give us a couple months in advance to get stuffs together.

Plus if I remember correctly the excuse I saw was some flimsy shit about having to move funds for security and whatnot.

Anyway it just shows how little faith was had in musing, because even some relatively fickler projects retained their delegations.

It doesn't matter anyway. It only means we're going to have to show them just how awesome musing is - with or without delegations.

So in conclusion, I'd say of course we miss the delegation, but screw it, we'll more than manage without it!.

There was what? Is it gone now? When did the 1M delegation disappear? Oh my... That's so sad. I still like using musing because I like answering questions. :)

I don't think I miss it because I wasn't aware of it. Haha. Then again, it must be the reason why I haven't really gotten any $1 upvote from musing at all lately.

RECOMMENDED
If you have a lots of money.Will you going to give a money to a person in exchange of love? Will you spend money for them to achieve their desire in exchange of love? Will you do everything they ask you to do in exchange of love?In relationships, is possessiveness good or bad?Do you usually check food labels before buying or only after?Hw Necessary Is FASTING In Christianity Of Today?Apart From Promo, What Are The Critical Factors That Determine The Population Of Steemians Who MUST See a Post In Their "Feed" Box?Will AI ever comprehend human feelings?Quality of Contents Aside, What Are Other Critical Factors Which Determine Success In This Steemit Platform?What would you do if your reputation dropped below zero?Do you respond on questions that already have an answer with a high upvote? Or do you consider such questions closed?How to get upvote from busy.pay?