A very good friend of mine here @brotherdave was the first person to introduce me to the controversial American moon landing conspiracy. And after objectively watching the video, I completely believe that the moon landing was fake, in fact, shot in a Hollywood studio. I hold these views for the following reasons:

- The video showed some astronauts descending from a space craft. The big question is, who held the camera?

- Watching the video closely, you'll see the shadows of the landing men. Another question arises, what light is reflecting the shadow considering the position of the moon from the sun?

In conclusion, it is more believable that the American moon landing was staged than to believe that it is genuine and pure.

It's the one conspiracy theory I agree with.

Why make life changing changes in technology and such a massive investment of resources to get people there once, then abandon the effort? 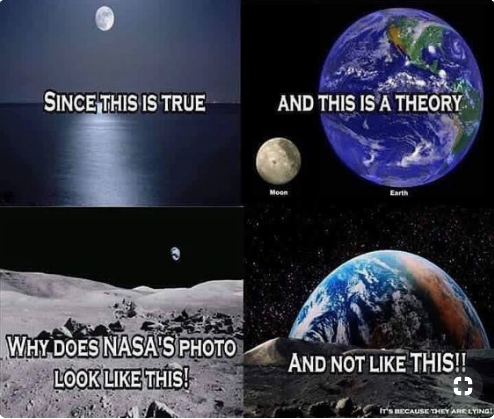 RECOMMENDED
What do you do the day before an exam?In terms of innovation, do you think Elon Musk could be comparable to Steve Jobs?What is the most motivating scene or movie you've ever seen?What is the difference between being creative and intelligent?What do you think of the current crypto crash, what might have caused it?Which character from the past would you bring back to the present and why?Reputation or SteemPower: which matters more to you, and why?Was the technical quality of the music in the 80's much better as it is now? Or am I just getting old?If after ten years of marriage your wife told you she got pregnant at age 15 and gave the child up for adoption, what will you do? Will you feel betrayed ? And as a lady what will make you hide such information from your husband for so long?What are the benefits of using musing.io other than getting rewards?