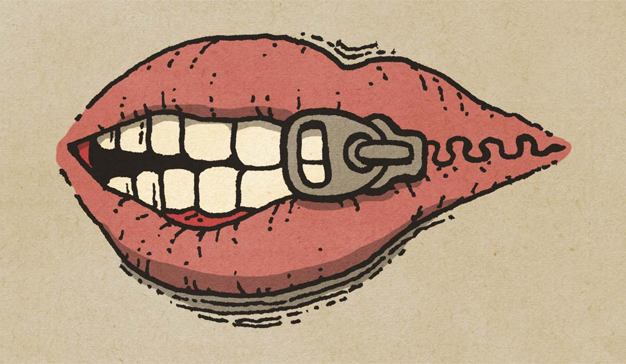 I'm very honest. But unfortunately this is more than a virtue, it can be considered a defect. Our societies promote diplomacy and with it, unfortunately, one criticizes those who can assume a frontal, sincere attitude towards others.

I must admit that this way of being has caused me many problems on several occasions, since I have sinned by saying or doing things that perhaps I should not have said or done.

Once, I got into a taxi and found in the back of the car a wallet with a lot of money and I gave it to the taxi driver in case someone claimed it. Obviously many people criticized this action telling me that the taxi driver would never return that wallet and it didn't make sense for me to return it. I told them that the only sense for me had to do things honestly and not have a guilty conscience. Likewise, once, a friend who complains that he doesn't have enough money for anything and is always complaining about his economic situation, asked me for money and I told him that he lent it to him under two conditions: the first was to pay me because he had a bad reputation for never paying (I told him so) and the other was not to see him spending the money on nonsense because then I would never lend him money again. That comment not only earned me the enmity of that friend for a while, but also the reproach of the other people, who told me that I shouldn't tell him that kind of thing because I had hurt him. The detail is that we had always made these comments behind that friend's back, but no one had ever said it to his face.

In the end, I apologized to that friend, but I told him that what I had told him was what I thought and that he, as my friend, knew my sincerity. As for the other friends, I realized that sometimes it's better to put on a mask or close your mouth so as not to get past being bold, unpleasant and even bad.

Usually I will be as honest as I can unless I need to lie to make sure I could survive for example like in a situation where Police ask me, if I was the driver since I made the wrong lane change or If I was wearing my seat belts, that I would try to lie to get out of a nasty situation.

I am about 90 percent honest. It is important for me to be really honest with what I say or else people will find discrepancies between the things I've said now and in the future and then there would be puzzles. Once someone finds out that I am a serial liar, reputation score in their mind of me would usually drop. I had a friend, a friend who in the past who lies a lot who obviously ain't my friend now due to tremendous amounts of lies he makes throughout knowing him.

He would make statements now and then later a few days later, he forgets that he lie to me and tells me a different story so It was pretty difficult to trust him. I guess, there are some people that we should always be true and honest to and those are the people that we trust. However, I guess trust is something that we should value in our society... I guess in life we have to sometimes lie to protect ourselves. Imagine telling everyone nothing but the trust. Someone ask you? What's your password and we tell them. What is your home address and we tell them?

Those general things about me usually are truthful except those information which is gonna compromise my safety, have to be kept in secret.

Honesty depends on different aspects of our life. That's what I believe. One can be very honest in there personal life but may not maintain the same in job life.

In my case, I will give myself 8.5 out of 10 in honesty. I have tried to live a clean life till now and don't have any plans to go other way. In my personal life I try to not to hide anything from my partner. And try to not hurt others and do not usually take the way of cheating in any means.

And in job life, I try to be accountable and committed to my responsibilities. There's no such thing happened which can breach the level of honesty.

But it is also true that I came a long way in my life and I was not this same always. I think we all have ups and downs in our life. When I was a teen, it is true that honesty was not a 'thing' in my brain that much. But growing old and mature gives me the thought about the importance of honesty in life and being in a relationship makes it established.

So now personally I believe honesty gives me the courage to do what I need to do and stay on the right path. With out it I will die in gilt as I have some personal commitments and spirituality towards God.

I am a very honest person.

Can't say I've never lied as a kid. We all had some growing up to do of course. One of them was learning not to lie. :) I guess the lesson stuck with me.

$0.00
Reply
RECOMMENDED
What can I do to pass the time on the train when reading/watching a screen makes me sick, and I have no option to listen to music?What are the kind of life that anyone should avoid?Where you here during the last crypto market crash? How did you survive that period? Please share a tip or two?Why do people cheat in relationship ?What are your favourite ways of making yourself happy?Is smoking really a sin in the bible? How ?What do you do when Bitcoin price crashes?What should I do with extra money?Which one is better, creating your own business and working for someone ?It's advisable to put all my pension funds into cryptocurrency?