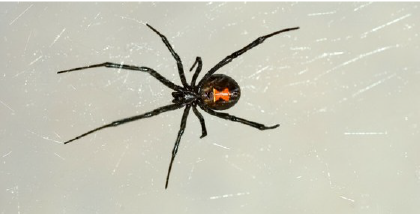 I think that at the base every fear of a "thing" or a person, is lack of knowledge and/or understanding. I don't mean fear of something like heights, or being mugged on the way to your car. Some fears are nature's way of urging caution in a potentially bad situation.

I mean things like fear of spiders, or snakes or people who are different than you are. The only way to overcome those sorts of fears is to learn more about that culture or person or thing. As an example: I used to be frightened of spiders. I knew they weren't going to hunt me down in my sleep and bite me, but a part of me was still fearful that would happen.

I moved to a part of the country that had Black Widow spiders - a spider most people are very afraid of. When I moved from an apartment to a house, I found a Black Widow living under my bed.Not only had she not come out to bite me in my sleep, but she was surrounded by the carcasses of small, rather deadly scorpions. She had killed them before they could hurt me!

This fall I had a Black Widow take up residence in a corner of one of my bathrooms. She was in a perfect place to study - out of the way, high up where nothing would accidentally come in contact with her. I began watching her and learned that she was actually rather timid. She ran away to the furthest corner of her very untidy web whenever I cautiously brought my hand close to that web. Yet she could move amazingly fast when an insect hit one of the strands.

By observing her, I learned that most of what I had heard about her was not true, and I found I had lost my fear of spiders. I respect them, and will go out of my way to avoid causing them harm and giving them no alternative but to bite me to escape the situation I put them in. They are actually rather amazing creatures, and much more intelligent than I gave them credit for.

By learning more about them, I was finally able to get rid of my life long fear of them and recognize them for the beneficial, and rather incredible little 8 legged creatures they are.

The four letters word 'fear' is a thing which can ruins anyone's life. It's very difficult for all of us to confront our fear and get rid of it.

There are mostly two types of fear from my understanding- fear of some invisible factors like getting public shaming & fear of something objective like fear of spiders. There are some steps we can take if we really need to get out of our fears:

We have to understand what harmful effects are causing by the fear. We often used to avoid it, keep it as a secret, don't tell anyone and try to forget it. But believe me, fear is something we never can forget or hide.

The best way to get rid of it is face the truth and take action. I used to fear about public shaming in my teenage. But I motivate myself that I would accept what ever happens to me no matter how hard it is. I try to ignore those situations. And now I really don't care about it what other peoples are thinking or talking about me.

So try to be positive, change your perspective if needed, control yourself, explore your abilities and take action. You will surely gonna fight your fear in a better way.

Fear, Anxiety, Lack of Confidence are nothing but Psychological Aspects, Or Illusions Created by Your Mind. Having control Over Mind and Body is not just important to Overcome Fear and Other Problems but are also Play a Major role in Finding New Opportunities, Achieving Goals and Being more Productive in Life.

Daily Exercise and a Healthy Living can have a Positive impact on a Persons Life. Working Hard is the Key! A Good Daily routine can change a Persons ideology, Bring Up New Opportunities, Make a Person more Productive and Set New Standard for a Person.

The Energy to Overcome Fear and Other Psychological Factors comes form Within. Utilize your Time with efficiency, Prioritize Important things that Could Result in Making you More Productive, Be a Solution finder, An Opportunity Seeker and Set Higher Standards for Yourself and Seek make Yourself more Knowledgeable Day by day

Fear  can be defined as a feeling induced by perceived danger or threat that occurs in  certain types of organisms, which causes a change in metabolic and organ  functions and ultimately a change in behavior, such as fleeing, hiding,  or freezing from perceived traumatic events. (Source -https://en.wikipedia.org/wiki/Fear)

From the above definition, we can see that fee is a feeling anticipated by the victim. It comes when we feed our minds with the wrong information about a thing, people or place. Fear comes when we are anxious and consciously dwell on the negative perspectives of things.

1. Stop worrying about any situation. Learn to be thankful and grateful for all things.

$0.00
Reply
RECOMMENDED
Is metamask wallet better than new wallet in terms of security?Why magic-dice turned scam? How does it affect the health of Steem ecosystem? Do you think when a particular dApp goes down and become scam, that affects the ecosystem of the blockchain?With global warming, can Siberia be habitable in future?Which one is better in life- "Ignoring" or "Saying NO"?Is it possible to see miner-less blockchain in future ?With rise in population, climate change, etc how important & sustainable is the recycling of wastes to transform into a useful resource ?Why brain responds to visual learning so effectively?Why we see so many hardforks in Steem blockchain?What is your earliest gaming memory?Why Are Oasis found among Arid Deserts ?