In a free competition environment, no. The employer can always aspire to pay less and the employee to charge more, but it is the average skills of the latter and the average needs of the former which establishes an average exchange price. Then, the upward and downward deviations usually follow the Gauss model.

Anyone who pays much more will have a long list of applicants and anyone who pays much less will not see anyone at their doors, and even those currently working for him, will only be doing their work without interest and waiting to change to another more lucrative place .

This is an optimization mechanism that does not need a central planning, because it derives directly from the nature of the human being.

Regarding consumption, there have been historical instances in which it has been the entrepreneur himself who has adjusted the salary of its workers to the upside, in order to be able to sell them their products too ...

The Paradox of Kalecki

While for an individual entrepreneur lower wages, increasing profits, could be beneficial [if it would achieve that their employees do not go to the competition, of course], that all employers simultaneously lower the salary level, under reasonable assumptions, would cause aggregate demand more than the fall in wages and, therefore, all entrepreneurs would be harmed by this measure since general consumption would fall more than wages and sell less. Kalecki's reasoning for which there is some historical evidence has been to justify it to justify a minimum wage. The existence of such a minimum wage will make employers do not consider hiring people below a certain salary level, blocking the possibility that Kalecki's paradox will go beyond a certain point. Kalecki managed to construct a reasonable model where plausible hypotheses were made where this was demonstrated.

Naturally there are also other reasons why employers pay much higher than the minimum wage, and that in certain sectors, with free hiring and freedom of employment, employers who pay more adequate salaries in principle can sign more and better employees which in some case can increase productivity and benefit the company by attracting the best available human capital. I suppose that it is ultimately (along with minimum wage policies) that in times of recession employers are satisfied with fewer benefits at the expense of not compromising the future viability of their work teams. 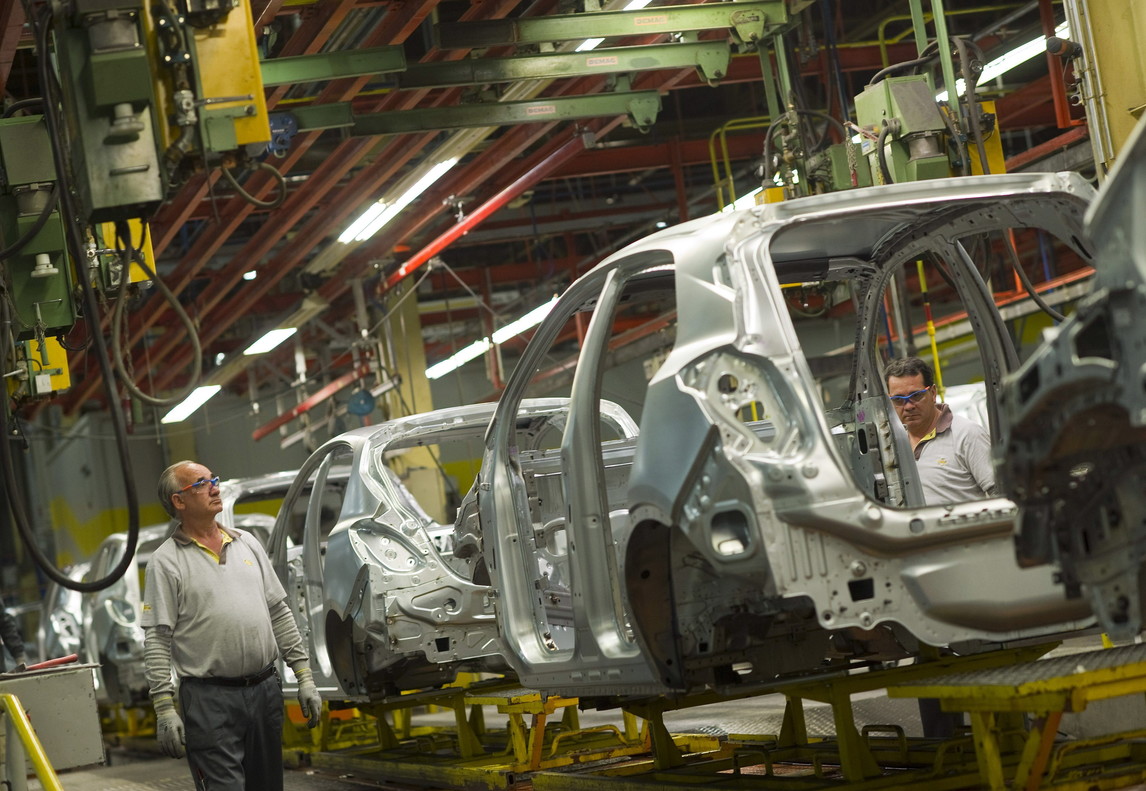 The growing trend is to hire an increasingly cheaper workforce and higher levels of robotization. The companies listed on the stock exchange raise the value of their shares when they dismiss staff and / or improve their technologies, as investors consider them more profitable.

In Japan there are already car factories where there is a single smart-ass worker whose mission is only to monitor and supervise that automatic systems do not fail. Mechanical robots and software robots take care of everything.

The fact of importing millions of Third World is not for the love of the poor but for love of the great business of legal slavery and super cheap labor, something that People accept without further, causing accelerated indices of autochthonous unemployment.

1. How much other employers are paying for the same occupation

2. Current supply of people with those qualifications in the workforce

3. Local laws on labor and renumeration

I say this because it's in the interest of every profit making company to have as little expenditure as possible, to improve the profit margin. This situation is also attributable to the business models present in today's economic landscape. We have corporations with incentives that are antagonistic to their employees and their customers.

2. Employees want to work as little as possible and get paid as much as possible

3. Customers want the cheapest deals and want to save money (in other words, pay less for products)

The incentives are misaligned.

But there is another kind of business model that's changing things. The kind of model that's being introduced by blockchain technology. Take Steem vs Facebook for example. In Steem every user has a stake and is also a shareholder and wants to increase the value of their investment or holdings, which improves everyone's standing too.

This kind of model enables a freer market in my opinion. Of course competition will exist as in all free markets, but incentives are not as contradictory as in the other model.

As for poverty, I think the biggest cause for poverty today is financial exclusion coupled with oppressive, opaque and corrupt monetary systems for the lucky few of the world's population who have access to these inefficient monetary systems. Billions of people in the world are financially excluded.

Most often Companies Don't Choose The Salaries Paid to Their Workers. By Extension They Are Not Responsible For Poverty of Employees Either!!

Paradoxically , Workers Are the Ones Who Determines The Wages They Receive , thereby Dictating Their State of Being; Either Poor or Otherwise.

Wages Are Part of Earnings Paid Out from a Productive Organisation. The Level of Productivity of the Workers , Determines the Amount Companies Revenue.

But Whenever the Organization Earns Enough, but Deliberately Starves Employees of Adequate Pay, there Exist Enough Labour Legislation That Guarantee The Exit of Employees if Upward Remuneration Couldn't Be Negotiable.

In the Long Run, the Company Would Cease for Lavk of Labour Supply as Labour Will Trade Their Expertise Elsewhere.

So, The Lot of The Worker is In His Hand, not on His Employer's.

$1.35
Reply
RECOMMENDED
Do you watch the trending or hot pages in Steemit ? If yes, then why ??HOW LONG are uploaded images stored on Steemit and Imgur?What was the last thing that made you cry?Quality of Contents Aside, What Are Other Critical Factors Which Determine Success In This Steemit Platform?Musing up votes are from humans or algoritim?Have you ever seen a ghost or encountered anything paranormal?Some people are angry that their questions/answers are not being upvoted by @musing, what do you have to say to such people?Today the price of Steem drop down to around $0.73+/-, do you think it's the best time to invest?What financial and management advise will you give to someone planning to start a small scale business ?There is a dead man in the middle of a field, nothing is around him and there are no footprints of any sort. There is an unopened package next to him. How did he die?