HomeAnswerNotifications
X
HomeAnswerNotificationsCustomize Feeds
HOME→QUESTION
Sm-goldies
Question asked on steem 1 year ago
Which steem apps give incentives to beginners?
As a beginner on Steemit is hard to navigate through the apps out there so the question should find answers to help those get some incentives in order to boost there belief in the platform. Thus, we are seeking to find beginners friendly steemit apps.
$0.01

I can never forget how frustrated i was on steemit as a beginner  during the time i was in reputation 25 -30. I used to think steemit was just only about posting quality contents on your blog and you start earning cool cash just like i used to see some people's posts on my feed. I never knew it was a different case because i had to work my ass out just to come up with quality content free of plagiarism.

As time goes on i began to understand how steemit works then i noticed the only way to earn cool cash from your post is to get quality upvotes from people. This made me joined some minnows supporting platform on Discod such as PAL, #minnowbooster, #wafrica, #naijapidgin, #airhawk-support, #theluvbug and many other supporting platform with the hope of gaining more upvotes but i managed to earn few upvotes  which boosted my payout a bit. I was able to earn a bit compared to earning nothing and you know half bread is better than none. 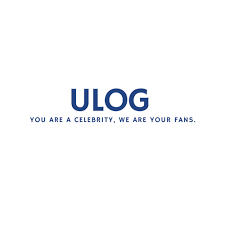 One day, i decided to make a post about something that happened to me and i intend to share it on  my blog to enable more people learn from my experience. When i logged into my Steemit account, i saw a post about #ulogs created by @surpassinggoogle in courtesy of #steemgigs. After reading their post, i decided to give @ulogs a trial since it was going to be my first dApp. I shared my experience that day with the use of #Ulogs and i was given an upvote worth $1. It was my first time of earning such a cool amount on steemit. I was very happy and i was motivated   because i haven't earned such amount in my life on steemit. I kept on using ulogs for sometime and it really helped me alot on steemit  which makes me a fan of ulogs.

My reputation was increasing gradually on steemit and i was  gaining more audience back then for the posts i do publish on my blog. I came across another great dApp known as #tasteem. It is all about posting food you ate at the restaurant and i was like this sounds very cool. I made use of tasteem anytime i wanted to post pictures of food and drinks i ate at the restaurant and i was able to earn close to $1.5 upvote from tasteem back then.

I began to make friends with different people on steemit and they were able to tell me other dApps which was helping them boost their payouts on the platform such as #steepshot, #d-tube and #dlive. I wasn't really stable about my particular niche because i never knew what i was capable of doing on steemit but i was only in love with the money. Sincerely, this type of policy i adopted back then really affected me a lot on steemit back then because i never knew '"everything wasn't about money but it is all about what you can offer and your impact towards people lives". I lost everything back then and it took me much time to recover. I had to leave steemit for a while just to recover and find out what i was really good at.

This led me to Quora and some  other Question and Answer websites like stackexchange and others. I noticed something strange in me whenever i visited those platform, because i was always happy whenever i provide answers to people questions. The happiness increases when i received positive feedback from people. I told my friend about this and he told me "that is what you love doing." I started impacting people's lives by providing answers to their questions despite the fact i wasn't getting paid for my hard work. I began to sharpen my writing skill because i wanted to get back to steemit to start publishing my write up since one of my friend told me i will make it as a writer one day because he loves the way i write.

I started writing quality posts like i used to do before and i was earning very little upvotes. I wasn't concerned about that because @crypto.piotr once told me that i shouldn't give up and i shouldn't loose hope. I decided to search for an image from my gallery and i saw an image of Musing which might have been sent by someone from a steemit whatsApp group which i am fortunate to be part of. I was so curious to know more about  Musing because that name sounds to strange to me. 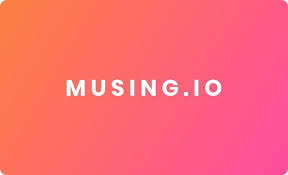 After my research i noticed it was just like a "paying Quora platform" and i decided to give it a try. My first post on Musing earned me what i haven't earned in my life ever since i have been on Steemit. I was able to earn great rewards from Musing and the motivation to  blog more on steemit increased drastically because i was earning more rewards for my hardwork. Musing has also inspired some other steemit newbies such that they are earning more than they can ever imagine and this is making Musing to develop more on steemit.

In coclusion, almost all steemit dApps are great motivators for every steemers depending on your niche. Anytime i want to share my personal experience, i do make use of ulogs. I love posting pictures with steepshot because it is easy and convenient. I also make use of #busy to publish articles. I love making use of Musing as it enables me to impact people's lives by providing answers to questions most steemians find ambiguous to answer and i always love it when i make that impact on the platform.

Thanks for reading and i hope this helps.

Almost all of them. That's how crypto is built. Bitcoin is incentivising miners to mine by giving bitcoin. Musing by manual moderation and upvotes. Smartsteem buying upvotes/Selling them/Delegate. It is better for us to be here in Musing than some random site or forum.

But to answer your question : Steemmonsters gives you the ability to sell your cards(later for a profit MAYBE) playing a game on the blockchain and you have NFTs.

Partiko/eSteem will upvote your posts when you use them.

Others like Busy or Steempeak or other UIs they just incentivise you by giving you a better look than Steemit.com

Dtube will support you too when you post videos.

Steemhunt is used to showcase new products and you get rewarded by upvotes.

Fundition is a platform to get funding.

$0.78
Reply
RECOMMENDED
What is the positive thing of a husband to accompany a wife giving birth?What foods are suitable for 6 month old babies?What is the most memorable experience when you enjoy your vacation with friends?Do you think there's truth behind the popular notion that machines are deemed to kill humanity in the future?When was the last time you talked to your mother and what did you do with your mother?Is this good opportunity for Steem blockchain to grow and become more decentralized.?What is the most expensive commodity at the moment?Do you research the answers you post on musing or is it all just stored knowledge and opinions?What would you do if your mother was old, cared for her or left her in a nursing home?Do you have a steemit mentor? Or someone who inspires you to here on steemit?who is it and why? ?