Guest
@guest
FeedCommunitiesIntroductionAboutFAQ
@Urinalysis
Posted 3 years ago
HAS it ever happened that a cryptocurrency or blockchain-based token had its value dropped to zero in most major exchanges but rebound afterwards?
1
2 Comments
Avalanche Tx
Share
2 Discussions
@Edb
Comment written 3 years ago

There are so many uninformed speculators that it's impossible for a coin to go to literally zero as long as it's listed on some exchange. In 2014, I managed to sell Gaycoin on a small exchange hosted in Latvia when there were only two or three nodes on the Gaycoin network, which made it easy to mine on a CPU.

Last year's Bitcoin boom gave new life to all kinds of altcoins, whether they were actively developed or not. For example, Fastcoin made a remarkable comeback. 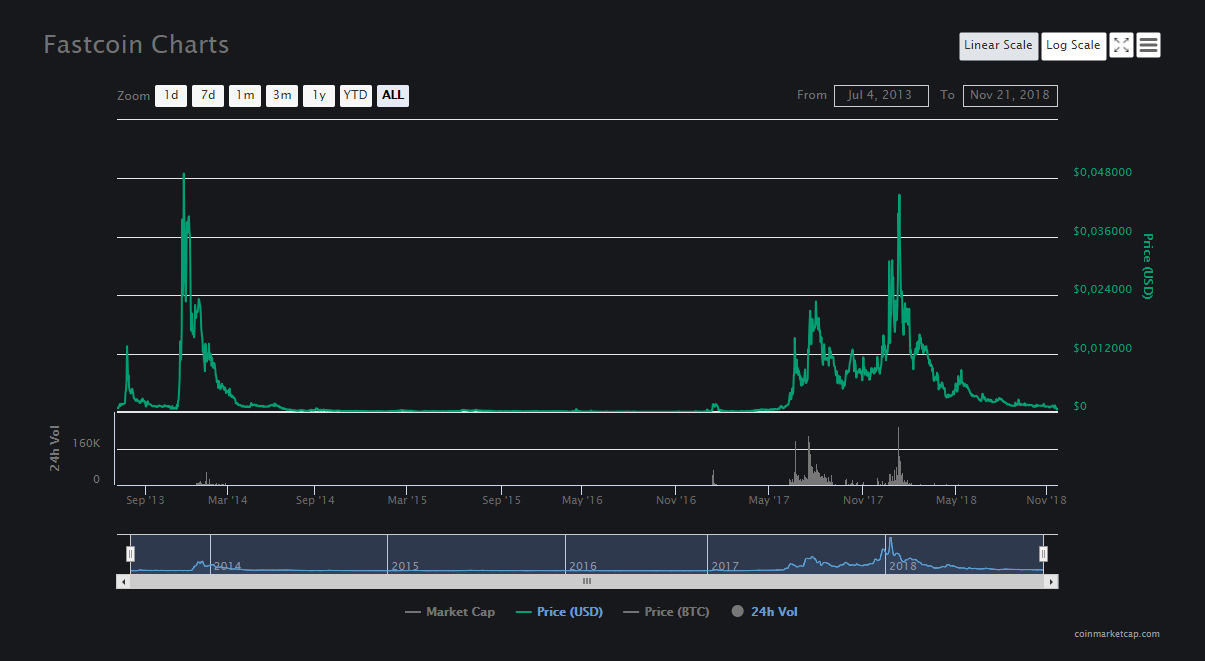 From June 2014 to May 2017, its dollar value was expressed in three or four zeros after the period. Then it went above one cent again, although the value in bitcoin didn't change that much. Developers promised to revive the coin, started promoting it again, but didn't deliver anything useful and abandoned it in February 2018. Now FST is trading at $0.00063.

I still think Fastcoin could be revived again by better developers. It would be an interesting coin for payments because of its name, speed and high capacity.

I think by the time a crypto reaches worthless value any reputable exchange will delist it.

I can't think of any specific examples but since cryptocurrencies are open source (with a few exceptions) it's possible that someone with the right skills and tools can resurrect a crypto from the dead but it also would need public support. Once a crypto reaches zero value some of the largest investors will feel burned and that would probably taint a crypto and keep it a low value.