HomeAnswerNotifications
X
HomeAnswerNotificationsCustomize Feeds
HOME→QUESTION
Blingtendo
Question asked on gaming 1 year ago
Will there be more gaming platforms on the Steem Blockchain?
Games like Steem Monsters are coming on strong with the inclusion of new features and gameplay styles. Do you guys think that there will be more to come with gaming and the Steem blockchain in the future?
$0.05 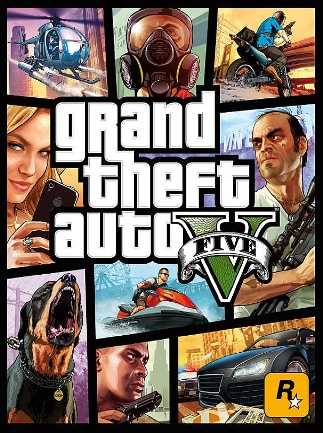 I think steem might be the best blockchain to build games on. Together with tron (they use the same consensus mechanism like steem). Because it's a fast, scalable blockchain and maybe most importantly you don't have to pay a gas fee every transaction.

I once tried to play etheremon which is a pokemon ripoff on the ethereum blockchain but the gaming experience is so awful. Everytime you do something in the game it takes ages to load and you have to pay a transaction fee.

While here on steem, if people let's say put 50 dollar in steem power they should have enough to play a game without further transaction costs.

This is actually one of the downsides of a blockchain. Blockchains are censorship resistant and decentralized but it's very costly and inefficient to run a database like that. For most applications you are better of using a normal database.

Drugwars is a good example of this. It takes very long before things load in the game because it has to be validated on the steem blockchain. And now it's not really decentralized anyway, they run the game on their own server. Why even use a blockchain in the first place? They could have build in a way to accept crypto payments and just use their own server without all the blockchain functionality. The gaming experience wouldn't be so awful.

Maybe in the future blockchains will be fast and cost efficiënt enough.

I do think there will be more games in the future, but I think they need to find a new model for the games before that will happen.  Steem Monsters(now Splinterlands) had a unique concept and it was well thought out and implemented.

I have seen several other games pop up recently that are very similar to some of the old games that used to be available when Facebook first came out.  Those models just aren't sustainable on the blockchain.  That isn't to say that they can't run on the blockchain, but right now, you need a game that offers something so that people will mass adopt it.

For many people the barrier to entry for most blockchain games is simply too high.  Until someone finds a way to integrate blockchain accounts with existing accounts like Google Play or Apple ID's, you aren't going to see a huge number of people using these game dapps.

Think about Flappy Bird and how many millions of people installed and played it when it first came out.  It's because it was easy to do, they just went to the app store for their mobile device, downloaded it and played it.  Any fee they had to pay for it was simply deducted from the payment method they had already tied to their account.  That is what a blockchain game needs to gain mass adoption I think.

Until that happens, we are mostly just going to see the same clones of older games and maybe one or two innovative games.  Those innovative games will still struggle to gain the playerbase that many mainstream games like Clash of Clans have though...

$0.00
Reply
RECOMMENDED
What is the healthiest breakfast according to you?About a year from now, do you think your Steemit earnings will be enough to bring food to the table?Do you believe initiativeQ is a scam, or do you feel it has a shot of becoming the payment of the future?In Steemit, some posts have a little steem icon next to them in the title... on the right side of the time posted... what does this icon mean?Who are your favorite Steemians and why?Are You Really Desirous Of Becoming The Wealthiest Person Living: Why Your Choice?Would you marry a transgender person?What is the deficiency of salts? and How much do you need daily to stay healthy?Which one best describe your work personality, a person who work hard or the person who work smart? And why do you think that what you chose is better than the other?Is there any other site that pay like musings under steemit site?