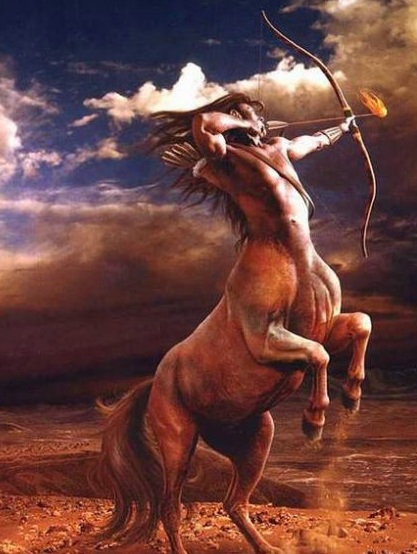 The centaur because I'm of the Sagittarius sign. I have always been impressed by the symbolism that the bottom half is animal, and the top half is human. One of the legends of Greek mythology tells that the first centaur was Chiron. Chiron was a titan who went to war with the young gods Olympus, but lost. As punishment, Apollo, the god of light and reason, turned him into half man and half horse. This not only means a balance in him with nature, whom he sees as a friend and part of him, but also the capacity and strength of each zone. It is said that centaurs are good with spears and arrows and that they are beings of great strength especially on their animal side, but they are also very rational especially because their human side invites to be so.

Not to mention astronomically, Centaur is a constellation of the south. Its human characteristics - head and shoulders - are seen from much of the United States. They ascend early in the afternoon and remain visible for a few low hours in the south, but the body and legs of the centaur are only visible from latitudes far to the south at times.

You are not going to believe me but this is one of the questions I have answered fastest and it is because I am a lover of the figure of the Centaur and I find it so impressive! I identify a lot with him

My favorite beast is the cerbero, it is the guardian of the underworld, a dog with 3 heads that is loyal to Hades. Its name means demon of the well.

No one enters or nobody leaves the underworld thanks to its wonderful guardian dog, but its end came when Hercules murdered it.

Some stories say that it had 3 heads, others say 50 heads and a snake as a tail, what do you think?

It's symbol of my country, and it reflects the power and wisdom.

Banshees originate from the irish  mythology.

Dragons for sure but I also like mermaids. I think it would be so awesome to be able to live underwater. I love swimming and would take the mermaid life in a heartbeat. 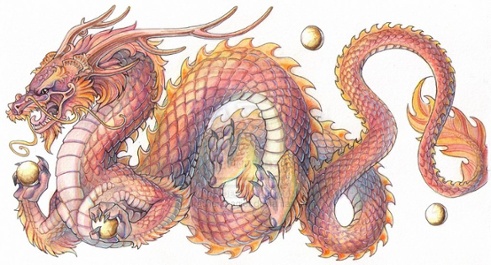 I want to be a dragon (a Chinese dragon), because they are more magical than the western dragons.

Unlike western dragons which breathe fire and destroy villages, Chinese dragon are more like water spirit.

Much better known for summoning rain, and were thus viewed as a benevolent deity that helped bring prosperity to the land.

I like most (almost all) of them. My favorite is the griffin.

I have many books about griffins. For example the "Summer King Chronicles" by Jess E. Owen. This is a book series, which currently contains 5 books. I have all the 5 books. I have the first 4 books in signed hardcover, and I have the fifth book in paperback (not signed). I also like dragons, and the previously mentioned Summer King Chronicles also contains dragons and other creatures.

$0.00
Reply
RECOMMENDED
Is it advisable to flirt with strangers?When it comes to your activity on Steem do you usually go with the flow and post what's trending and keep the pace with it or you stick with your niche and quality for your posts no matter what?Have you ever had the feeling that Steem is becoming a "new Facebook"? What would make you consider that?Is it right repeating prayers?What is true love?Have you ever experienced a "turning point" in your life? And what was it??Why do most find it easier to approach averagely looking ladies than the pretty ones?If Musing were to also migrate to a different Blockchain, would you still use it?What is your favorite fast food chain? Why?What Football Club are you rooting to win UEFA Champions League and why?