There are three essential amino acids: leucine, isoleucine and valine and these are most commonly found in red meat and dairy etc and the fitness and bodybuilding communities for their muscle building benefits from the consumption of these amino acids. The protein powders, snack bars are very common when it comes to bodybuilding nowadays. But is it really adding to health? or it is something which will add complicacy and negative health effect at a later stage of life ?

The medical research says that if a person excessively relies on a protein shake, protein powder, snack bars, amino acids and lack in carbohydrates may result in a reduction of lifespan, negatively impact mood and lead to weight gain. The above intakes are no doubt great for building muscle but at some stage of life, one has to pay it off as a negative consequence of health.

While diets high in protein and low in carbohydrates are known to be beneficial for reproductive function, they have detrimental effects too for health in mid-late life, and also lead to a shortened lifespan. Therefore it's best to vary sources of protein to ensure you are getting the best amino acid balance.

Supplementation of three essential amino acids as mentioned earlier, results in high levels of amino acids in the blood which competes with tryptophan for transport into the brain. Tryptophan is the sole precursor for the hormone serotonin, which is often called the 'happiness chemical' for its mood-enhancing effects and its role in promoting sleep. But serotonin does more than this, and therein lay the problem. This then lowers serotonin levels in the brain, which in turn is a potent signal to increase appetite. The serotonin decrease causes by excess amino acids intake further deteriorate health.

Therefore it is essential & important to vary protein sources in order to get a variety of essential amino acids, through a healthy and balanced diet rich in fibre, vitamins and minerals. Vegetarians can find these essential amino acids in beans, lentils, nuts and soy proteins. Foods rich in tryptophan include seeds and nuts, soybeans, cheese, chicken, turkey etc.

Answering the above question, if of course it has detrimental effects of ingesting excessive protein shakes. As you well know, "everything in excess is bad". But why an excess of proteins is bad if we have always been told that the protein is good for the body, health and development? Let's find out.

While we know that proteins are essential in a person so that this can have an optimal development, among this:

• Growth, training and repair of organs.

• They present diverse functions: immune, transport of oxygen, fuel of the organism, among others.

When we begin to have a diet high in proteins and amino acids (what is known as hyperproteic diet), several health problems develop, especially if this diet is for a prolonged period.

Consequences of Excess Proteins in the body

Proteins of animal origin are often accompanied or added to saturated fats, which will increase cholesterol if they come at high levels. In addition to an overload generated in the kidney that would produce arteriosclerosis (hardening, thickness and loss of stability in the arteries). 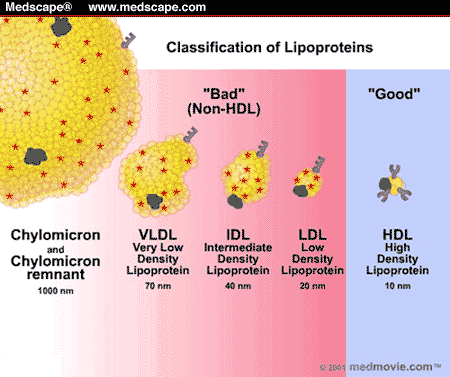 • Overload of some organs

Mainly the kidneys and the liver are the most affected. The organism does not present a protein storage mechanism; This simply uses them and excretes the waste (ammonia, urea and uric acid) which are processed by these organs and then expelled in the urine.

An excess in the intake of proteins and amino acids can be accompanied by high consumption of phosphorus, an element that competes with calcium and decreases its absorption in the bones. This results in a large loss of calcium, which does not recover, although you consume calcified products.

The calcium that is released from the bones and is not absorbed is eliminated through the urine, so it accumulates in the kidneys; In excess, calcium crystals, known as calculi, can form.

An unbalanced diet in favor of proteins will produce a change of pH in the organism, causing it to acidify; This is due to the waste product of proteins (NH4 + or ammonium) which is found in the blood plasma and makes it acid. This favors the demineralization since the body will try to counteract this with alkaline reserves (calcium, magnesium and potassium).

Another problem with proteins of animal origin are the high levels of purines it produces. When purines are metabolized inside the cells, they become uric acid, a waste product that can crystallize in the joints, causing the problem known as "gout". 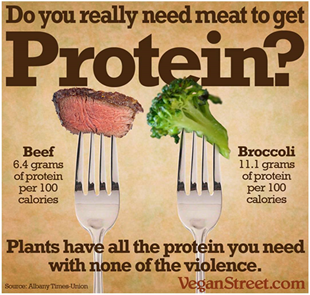 Varying protein sources is very important, because if only one source is used there may be health mishaps over time.

The proteins of animal origin with considered the complete proteins, since these contain all the necessary amino acids for the organism.

The proteins of vegetable origin unlike the animal are considered incomplete, since it does not possess all the essential amino acids. Even if you want to have a better contribution of all proteins from plant origin, you should make combinations of legumes with cereals. The advantage of vegetable protein is that it is not associated with saturated fats that can harm health. 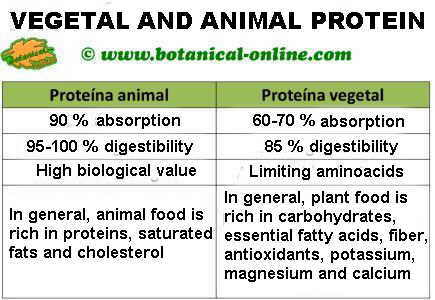 Take only the necessary protein per day, ie 0.8 to 1.2 grams per kilogram of weight per day.

Vary or combine protein sources in the diet.

$0.23
Reply
RECOMMENDED
At 27 is it okay to be staying with your parent?WHAT degree of inequality is needed for a country to keep economic growth?If Bitcoin's total number total is 21 million in total, then how would we use it in the real world?What's your take on steem politics? Is it transparent enough?"Musing claimed a discounted account"...what does it mean?What is the potential of weku?What is your review about weku?Is your city going cashless?Does globalization really favor all countries equally?What is the perfect length of answer on musing?Which earns you the most cash, musing, steemit, dtube or steemhunt ?