Guest
@guest
FeedCommunitiesIntroductionAboutFAQ
@Duchessrita
Posted 3 years ago
Who is that one person that inspires you?
3
6 Comments
Avalanche Tx
Share
6 Discussions
@Uthmansola
Comment written 3 years ago 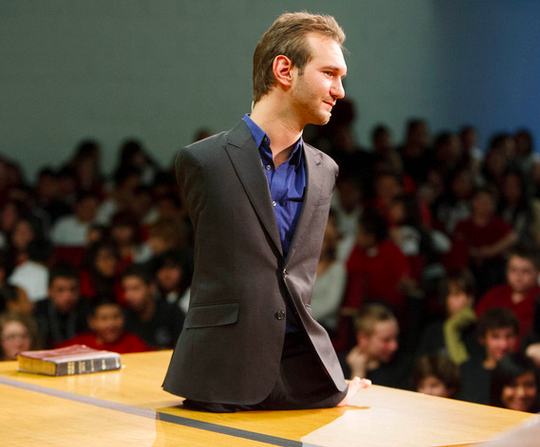 That person would be Nick Vujicic - he is actually “A man that has got no limbs and he usually teaches so many people on  how they can actually get up”. that sounds amazing right??the man was really born with a syndrome that is called tetra-amelia which is actually a rare disorder which consists of

the actual absence of his four limbs,according to him He was really tormented or mocked to an extent that even at the age of ten he wanted to commit suicide... but he is now known to be a famous international motivational speaker and he is

also an author,he is a kind of person that inspires me to have the ability to live a life without any limits...he was a person that never complained about his life but instead he made the best life out from his situation....

my mum inspires the more

she gives me the will to fight. she tries to correct me when i am doing things wrong and she supports me even if it means getting out of her comfort zone. my mum is my hero. despite all the circumstances and the pain experienced, she still stood strong for her kids. she is perfect role model for godliness, love, respect,  being strong, humble, never die spirit, doing things the right way despite all odds and going all the way to get things done for the one she loves and cherish.

my mother is my everyday superwoman, my everyday wonder woman. she is the best gift the Almighty God as given me. she as gone to a great length just to provide for her family.  she inspires me in so many way i can even begin to list down. she discomfort her self just to bring smile to the smiles of her love ones. she inspires me to aim higher, fight harder and love unconditionally.

thank you for reading

My Father. Among all people that I could choose, I chose my father because of the following reasons:

I see my father as the best dad one can have and I am really grateful he is my father. Great question and I hope my answer helps! One person that inspires me a lot is Orison Swett Marden (11 June 1848 - 10 March 1924). Even though I have never met him in person, his book Pushing To The Front which was written in 1894 inspires me a lot to be a better version of myself continually. Marden was one heck of a hard worker and a businessman. His hotel business which was already successful caught fire once and he lost thousands of pages of manuscript for a book he was working on, that was very close to completion.

Here's how someone described that incident:

Over five thousand pages of manuscripts – the fruit of all the spare time he had been able to snatch from nearly fifteen crowded years of business life – had gone up in smoke... Having nothing but his nightshirt on when he escaped from the fire, he went down the street to provide himself with necessary clothing. As soon as this had been attended to, he bought a twenty-five cent notebook, and, while the ruins of the hotel were still smoking, began to rewrite from memory the manuscript of his dream book.

The day i read this, i saw a man who understood pain and the effects and yet, understood the far-reaching importance of real work and development rather that wishing and sulking. It would have been very easy for such a huge setback to throw people into depression or worse today, but it did the exact opposite to Marden. The dream book i am referring to is Pushing To The Front. It was an instant best-seller and has been cited as a source of inspiration by very notable people around the world such as Thomas Edison, Henry Ford, etc.

I found the perfect recording of the book on Librivox about 9 months ago and i wrote a decent piece about it on Steemit. https://steemit.com/books/@pangoli/midnight-rants-07-book-in-view-pushing-to-the-front-don-t-give-up-yet

I invite you to listen, you'll not find better inspiration elsewhere!

Seriously. If we don’t inspires ourselves, what’s the point...?

Jesus Christ, who , despite being a God, humbled Himself and subjected Himself to Voluntary Death to enable me live.

His Teachings about Life, business, relationship, Government and sundry others can't be Faulted and they form the fulcrum of genuine speakers in this contemporary world.