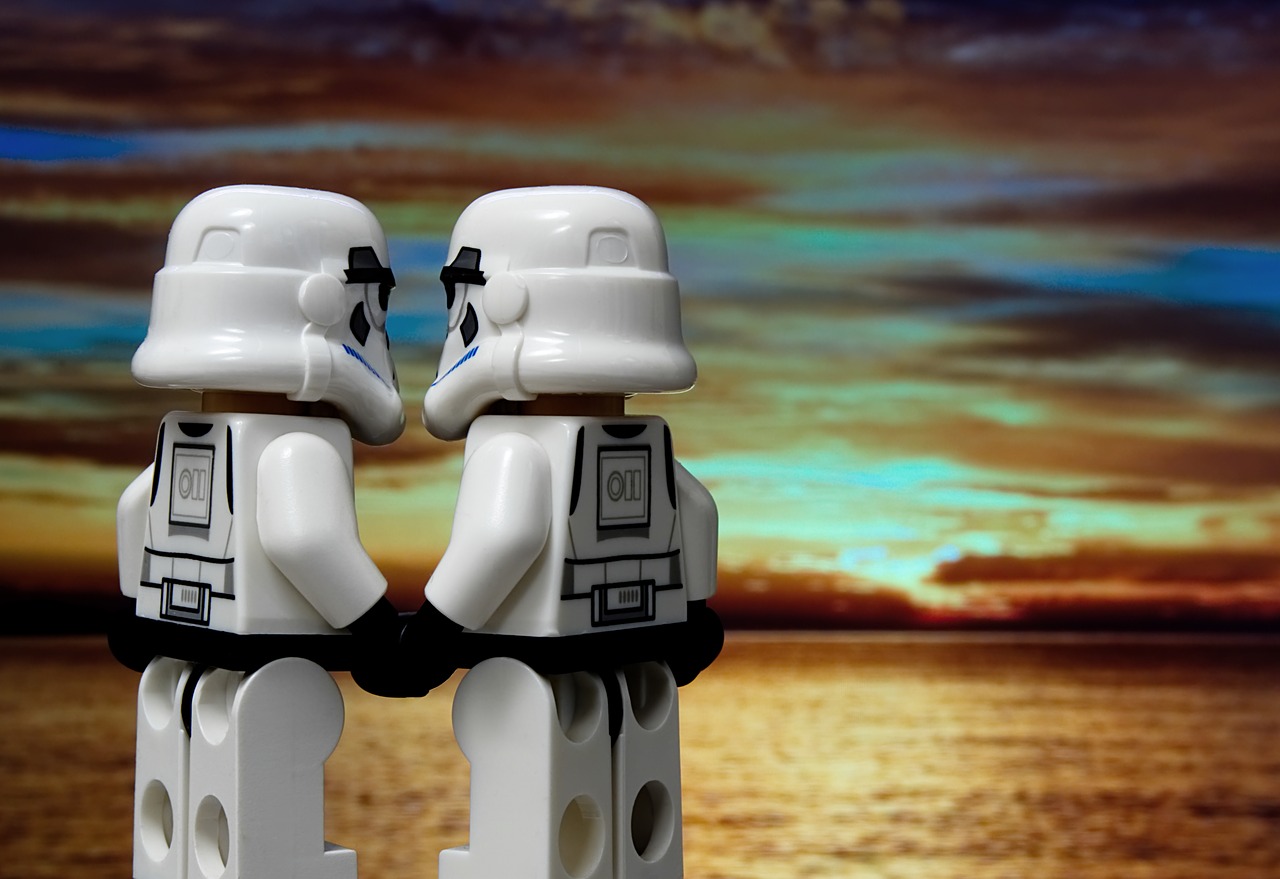 I am more in favor of traditional marriage (one man & one woman)  than I am of any other type of marriage but I can still see how marriage can benefit the LGBT community.

If marriage becomes common among LGBT's it is likely that indiscriminate sex in their communities would decrease, the spread of STD's would also decrease and more meaningful & long-lasting relationships would be established (overall).

Because of that, I am in favor of same-sex marriage (a.k.a. gay marriage) being legal and I think it would improve the LGBT community.

Having said that, I still believe that traditional marriage between one man and one woman should be encouraged and promoted far more than the LGBT community.

Well my opinion on this depends on who you're asking, me as a God fearing Christian or me as a liberal minded human being because I'm both of them at the same time.

As a liberal minded human being then I think if two gay people want to get married then that's fine. It's how they've chosen to live their lives and as long as it doesn't affect you then it's none of your business. We all enter this world alone(apart from twins and triplets and so one) and we'll probably leave this world alone as well so no one has the right to tell you how to live your life other than yourself. I say if they want to get married, let them get married, hating them or preventing their marriage won't make them any less gay, it's how they are, we can't change that.

Personally I really don't care if people wants to marry or not, as long as they don't commit incest or rape.

But, I am more pragmatic relative to the majority whether they can accept it or not. Most countries does not have the luxury to accommodate such things because they have more pressing problem like access to water and education.

Not every society must swallow the liberal or conservative pill. Sometimes in some culture being gay or transgender is a norm, traditionally. Meanwhile in some culture it was frowned upon, but tolerated. Some go in opposite direction, only began to frown upon it when western coloniser came.

Relatively my moral compass is relativistic, not fixed to any dogma so I am very fluid to whatever spectrum of the social construct.

I think people need the right to chose for themselves who they love and want to commit to.  If you can find a person that you love, and loves you in return, you are fortunate.  I don't have the right to tell you who that person is.  People are all just people at the end of the day, humans with feelings and emotions.  A religious body or a political body should not have control over anyone's love.  The same people who are against gay marriage are the ones who are against interracial marriage as well.  It is simply prejudice and if it's not hurting anyone, you should practice love and tolerance toward all people.  Denying marriage rights to gay couples is not being fair to them in regard to the legal ramifications of marriage, such as having health insurance cover a spouse, or income tax returns being filed jointly.

I think it's alrite for people of the same sex to get attracted to each other and get married. This is one of the most important human basic need and sometimes love can come in different packages. Gay marriages are no different from normal marriages except of course that for gay marriage it would not be possible to produce any offspring for the next generation but it would be good as that our world would not be over populated.

I think as long two people are in love with each other, it would be something to be embraced and not to be robbed of. I guess it is good people have the right to choose who ever they want to choose and especially to spend their rest of the life. For me, I am a more open minded person and usually don't really see any problem of any type of marriage as it is what makes this world great.

However, of course, in some cultures and religion, this kind of marriage is seen as unethical and evil in some ways. So i think for coouples of the same gender if they get in love, they should go to another country to get married and stay there. I have many friends who are attracted to people of the same gender and I am fine with it. It's their choice.

My opinion is that I'm not planning to marry any man or woman.

Marriage is between a man and a woman and serves the purpose of advancing the human race and being the foundation for the family and a better society. Gay marriage is a complete waste of time because it leads to nothing and produces no meaningful fruits and it very absurd and highly unnatural.

Nothing can be achieved from gay marriages, so it's completely useless. Marriage is between a man and a woman, any other type of marriage that isn't how marriage was designed is absurd and useless

Well, marriage is important in the man and women's life because this is also a part of every human that they will not properly survive in this world. Married man if successful in their life then they can easily survive and easily afford the expenses of the family. The keeps easily foundation of family and will live happily with wife and their children.

Some people think marriage is not important but as the passing of time, they will realize that this one is your major needs in their life. So we didn't say that this is a bad thing in society. Everyone has own thoughts and they depended on it.

Marriage gay is makes this beautiful relation dirty that's why society are in bad level. Every person's life is depended on someone, that's mean we should never give life just thinking about your self. Selflessness can destroy your life and you'll not stay happy. If you make happy with others than I am sure you will stay happy by sharing happiness with someone that is closed to you.

Nothing wrong with that. If two people of the same sex love each other, then they should have the same rights as heterosexual people.

Marriage is the relation b/w male and female to produce off springs. Marriage also helps to build good society. I don't think there is such thing exist like gay marriage. You can't said anything marriage which doesn't have tendency to produce offspring naturally. So, it is wrong to say any thing like gayism a marriage. People may have different opinion but for me it is not a marriage at all

I strongly disagree with same sex marriage not only because I am a Roman Catholic but also because I believe it is not right in nature.

Male animals are for their female counterparts therefore, men is only for women. This is how nature works. It must be observed and followed very strictly.

Many may not like this post but I really believe what my opinion about same sex marriage is morally right.

$0.00
Reply
1 Comment
RECOMMENDED
Can the amount of Steem and SBD existing ever go down ?What causes racism?What was your best video game while growing up?What is a piece of information that you believed where true, but find out it is not?What is the average monthly that can be paid to an employed house-help?How can 5G network be enabled on any phone?Do you think science has done more harm than good?What in your opinion is the best way you think steemit can encourage and support new users coming to the platform to remain in the platform? ?What do a person need to do before they can collect a drivers license in any country?Is there really bad luck or all the bad things that happen to us are pure coincidences?