A lot of big actors play the same role every time. We're so used to them playing a particular role that even when they try something new, it seems a bit off. I'm gonna make a short list of those I know

Bruise Willis -- Bruise Willis is an action figure and yes, he's almost always the good guy. Examples of his movies are Red, Armageddon and the entire Die Hard

Adam Sandler -- He's best known for his comical roles. As a matter of fact, once you see him in a movie, you immediately know you're gonna be laughing hard. Examples of his movies are Grown ups, Blended, Jack and Jill just to mention a few.

Zac Efron -- You may not have noticed but he also plays the same role all the time. He's always the rich/popular guy who feels like he's missing something in his life and almost every time, a girl helps him find himself and he always falls in love. Some of his movies are High school musical, Baywatch, The greatest showman, The lucky one, Dirty grandpa.

Michelle Rodriguez -- She's an amazing actress and a total badass. Although she's most famous for her role in The fast and the furious franchise, she's also starred in many other movies where she played similar roles. Examples are Battle:Los Angeles, Girl fight, The assignment, Resident Evil and so on.

Samuel L Jackson -- we all know he loves the curse

Seth Rogen-- always the one with substance abuse problems

Liam Neeson -- the badass dad you don't wanna mess with

Honestly I could keep going but I already said the list would be short so this is it.. actors who play the same roles. 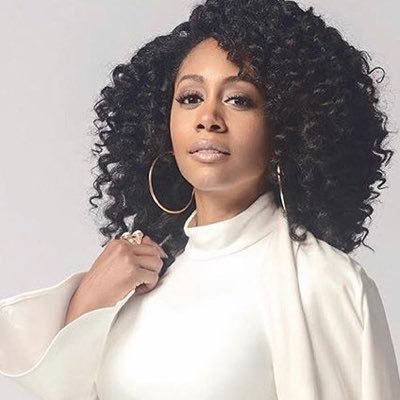 This is definitely going to be Simone Missick who appeared on both marvel's Luke cage and Marvel's iron fist as well landing the same character as fictitious comic superhero character misty knight.

The fact is that most marvel character lands roles in many superhero movies, but Simone Missick appeared in black panther as well another superhero movie but the reason why I think Simone Missick Plays the same character in every movie she does is that it's always very specific playing a certain fiction role and that's what makes her special.

It was as if she was born to play misty knight, her beautiful Afro hair and rich dark skin makes this beauty queen so situated to this role of misty knight the creator of Luke Cage and Iron fist deemed it worthy to cast her as misty knight in the both movie,

I've seen various people act the roles of flash and superman very well, but Simone Missick is the truly one black woman that I know that's burnt for fictional role of misty knight.

You're asking about typecasting which is a practice most people in the acting industry hate but a few actors and actresses seem to have embraced and thrived on.

For example, it would be hard to think of Christopher Lee not playing the role of a bad guy. It seems Morgan Freeman's roles are for the good-nature older man every time (except maybe Chain Reaction).

Just think of John Wayne. If he isn't in a cowboy role then he is playing a soldier. That's pretty much John Wayne's entire acting career.

Jason Statham. You'll never see a Jason Statham movie without guns or killing. Think about it, from the Transporter to Expandables and Wildcard they're all packed with explosions, guns and vigorous martial arts. I mean he killed someone with a spoon who does that ?

Although his character in the movie SPY was rather comical, there was still a lot of bloodshed in the movie.

I'm yet to see a movie where he'll take on a more gentle role in a movie but until then it's guns away.

I think I see that trend too. I think since those characters are more recognizable in those roles as they can better act in those categories, I guess it would be preferable for them to maintain those roles as it can really enhance their image. Jim Carey would always be remembered as a comedian. Dwayne Johnson would be the buff action star. I guess as long as they don't keep appearing in so many movies in a year if those roles are of similar genre, it would make the actor / actress skill really great.

The correct answer is Michael Cera.

$0.00
Reply
RECOMMENDED
Can I share one content with two seperate posts and two different languages in Steemit?What is your #1 advice for new parents??With the price of Steem being that undervalued or too low, what have you done in the past months, did you take advantage on it or doing anything else?TRON is predicted to rank 5th before 2020, can it?Will the world be a better place without religion?Should schools be using facial recognition systems to protect students?Which browser would you recommend me for complete private browsing?Does repeated racism experience damage mental health?What does Hard Fork in Cryptocurrency mean, and what is its essence?Can anyone explain in simple terms the change in curation for the proposed new Hardfork 21.?