I think business failure should be handled with positivity and this is because I feel is a normal thing in any business endeavour.

I was reading an article 2 days ago on medium and the author even recommended that people should fail often in life this is because with each failure, you find a better way to do things.

Zig Ziglar said that failure is an event and not a person. I accept his school if thought. We are humans and if there's one thing that's common with us all, it's making mistakes. It's bound to happen. There's no escaping it. What matters however is the way you handle failure. Do you beat yourself and keep whining on how miserable your life is? Or do you pick yourself up and examine what went wrong.

I think the later I the first positive about failure. It avails you the opportunity to look at your life, analyze your methods of approach. Maybe you've been going with it the wrong way. It could be time for a new approach. It's been said that doing same thing over and over again and expecting a different level of result is foolishness. That's the fact. With failure, you come up with another way of handling the situation.

With failure, you get another chance. Isn't that beautiful? Not many people realize that failure actually means 'one more try'. So many people give up too soon. You should count yourself lucky that you've been presented with another chance to make it work. Opportunity they say doesn't knock twice. For you, it's different. You can try again.

Another positive from failure is that it makes you sift the wheat from thorns. Many a friends run away when bad things happen. They were never really friends but people who might have been feeding from you in one way or another. With failure, you identify those who are truly friends because true friends stick with you no matter what happens and how bad the situation may look.

Also, with failure, you are saved from being excessively proud. Many people are the way they are because they haven't tested failure. They are probably had it all worked out for them before they could even understand the alphabets. However, for you it's different. You gave learned the subtle art of humility and when you finally hit success, you won't get over your head.

Lastly, from me, failure gives you direction. So many people are just here and there, blown by the winds of opportunities everywhere. They cannot focus on any one thing. Failure then is a good compass too narrow your focus. You learn what's actually meant for you when you fail at other things. Many people couldn't do well in school but triumphed in business. That's probably because they had no place in a classroom.

There are many historical accounts or people who failed and never gave up. They're accounts are for us to learn.

Failure is not a person, but an event.

Great question. First, we must understand that failure doesn't mean an end or you cannot do Business. As rightly said - "Failure is a stepping stone to Sucess." There could be various reasons tied to a Business failure and I'll highlight some of the ways that you can implement to remediate those failures.

-  Ensuring surplus & Contingency funds -   A company sitting on cash can buy small fishes and move forward that is their strategy and showcases the power of cash. At the same time, many Business fails due to the shortage of funds and leading to a failure. So take an example - A business might need new machinery to cope up with the competition and if the Business doesn't have funds to buy that machinery than it means they are losing the competition and ultimately result into a failure. As to avoid these type of scenarios a Business should have contingency funds available all the times. 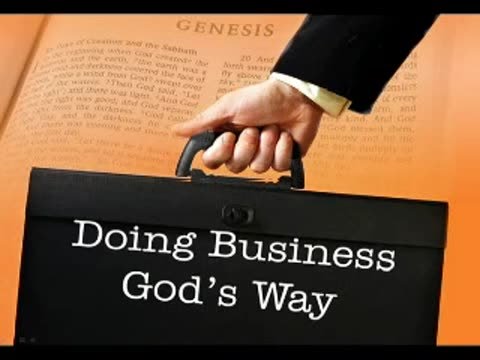 - A strong Networking -  networking in business also helps to avoid failures. If you have friends who already are into Business and are doing well - they can be very helpful at times. Right decision at right time brings you or boost the business and here the networking helps - where you can leverage the experience of the people you know get some guidance and based on your research and finding you can take the best decision for the business interest which ultimately will help survive the business.

- Do not dwell on past - Learn from it - A successful business is the one from where the business leaders learn from their failures. So there is no point dwelling what has happened it past - just move on and try doing things differently. Remember the business needs good ideas and good leaders to improvise the ideas to be successful. Dwelling on the past is just not going to help and would create more fear and trouble - so just get out of it and concentrate/focus on new things and ideas.

- Study the upcoming market trends - when a person has a good hold of the market in the sense where it is heading and what trends i.e. the business could observe or shifts that could be made then the business is well prepared for it. But if these market analysis is missing it could cause serious trouble to the business. Hence its critical to be up to date with the market trends and the future.

I guess will stop here and there are many more pointers like - reevaluating your decisions thoroughly backed by research, taking help when required, reassessing the business on a quarterly basis, enhancing customer experience and product quality are some other factors that can help in handling business failures. Just stay focused and committed to your business and you avoid all those failures.

Business failure often happens as a result of unexpected circumstances in business, maybe unplanned capital expenditure that often leads to bankruptcy or accumulated debts one of the ways to handle business failures is to acknowledge the previous mistakes that warranted failure and dealing with it;.

When you become an entrepreneur, there won't always be success, that's why you must relate with circumstances that brings failure in business in order to understand how to handle it when it surfaces.

Failure in business doesn't mean the end that's why you must try again with a better approach; sometimes make mental estimation of businesses in a rough sketch however we fail to add miscellaneous risks which we may not even have calculated, and as a result of this businesses are bound to fail that's why to handle failure in business you must try again however in a better approach.

Dont dwell on the reasons for failure; most people keep contemplating on the reason why they failed so much that it becomes difficult for them to contemplate being a business person again. Failure can bring out the worst in people, and that's why as a person who may have failed in business not to dwell on the questions and start planning again.

Finally failure isn't the end and the more you accept this, the more you start accepting failure as a probability in an business venture and this will make you strive harder for the better.

$0.92
Reply
RECOMMENDED
When are you most active on steemit?Does the price of a LOW COST flight include baggage check-in?What Really Happens After Death?스팀잇에서 본인이 유용하다고 생각하는 dapp은 어떤건가요?What is the reason why we are still having difficulty in on-board new users to Steemit despite of the effort of communities & Steemit influencers?Is early morning sport / exercise supposed to be done before eating anything or after consuming little glucose?What is the perfect length of answer on musing?Do you think it is right for the parents to decide what their children should be instead of caring what their children want to be?Why people think that SMTs will increase the price of steem?Do you schedule your post for certain a time and why?