HomeAnswerNotifications
X
HomeAnswerNotificationsCustomize Feeds
HOME→QUESTION
Elva1999
Question asked on steemit 1 year ago
If Steemit Inc. goes bankrupt by then do we have to pay its commitment from the money in our wallet?
I routinely consider what may happen whether the steemit inc. which run the steemit arrange goes bankrupt.I mean if anything happens to it,then are we anticipated that would lose our money?It is the thing that I have been thinking as of late.
$0.26

Steem is an utility token while steemdollar is a payment token. They are not shares in a company so you have no commitment as a shareholder.

If steemit goes bankrupt that would probably crash the price of steem and steemdollar because it would create a lot of uncertainty in the market. That's never good for the price. Also steemit holds a lot of steem so a curator would probably need to sell it on the market when they go bankrupt. That's not something that will do the price any good, more like the opposite.

I don't think steemit will go bankrupt for now. The management of steemit made some serious mistakes , they wrongly speculated that the price wouldn't drop this much. So now they have not enough funding anymore to pay all their employees. That's why recently 70% of steemit employees where fired. They now need to focus on surviving this bear market until we start the next bull market. Things will be a lot better because the higher the price of steem the more funding there is.

However, in the long term there are some serious issues. The business model from steem is broken. Rewards on this platform are paid by printing more steem. So they are basically diluting all people that own steem which creates a downward pressure on the price. The only reason the price has gone up so much is because new users are bringing in fresh money to this platform. When the growth of users will stagnate the price needs to go down. It's a simple case of demand and supply. The greater the supply of steem on the same demand, the lower the price will be.

What steemit really needs to do is find a way to make profit and pay the user rewards from the profit they make. Right now they are only diluting all the owners of steem to pay out rewards. What's the point of that? I don't get it at all. It's like you would pay someone with their own money. But most people don't realise this because they don't know enough of finance or a lack of doing research how the steem blockchain works. 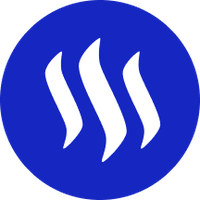 A clear answer to your question is NO !  However I do strongly believe that Steem Inc will not go bankrupt at this point of time.

Yes the cost of running a witness is  way much higher then what we earn.  But most of the witnesses you still see here and are running their nodes , its clear that they are not here just for profits, however they are still here to ensure that all of you are able to still do what you love to do on this amazing blockchain.

With the bearish markets now, we will see many "crypto projects" without a strong community will just fade away. I'm sure that would not be for STEEM.

Cheers and have a great weekend !

Steemit inc. has more than 40 million Steem in ther company wallets and God knows how much more they have on alt accounts. They will never go bankrupt.  Even if they did, this would have nothing to do with it's userbase. We wouldn't have to, nor would we be asked to pay out for their debts. As  I said they have a lot of Steem so there is no real reason for concern.

If things were to go south for Steemit.inc and they had to shut down Steemit.com forever. Users would just migrate to another front-end like busy.org or steempeak.com to perform their daily interactions with the Steem blockchain, post their articles, interact with their readers and connect with others through their content.

I would like to note that both Busy an SteemPeak are way better interfaces than Steemit but out of convenience, fear or because they don't know there are better onesout there most people still use Steemit as their way of tapping into thepowers of the Steem blockchain.

I woul dlike tosee that change in the future as Steemit is the least developed and quite frankly abandoned interface. Steemit.inc is pooling their efforts into making the codefor the blockchain rather than making Steemit.com look and perform better .

For that reason and many others, Steemians should start migrating right now to other, way better Steem front-ends.

It is possible for SteemIt Inc to go bankrupt without disrupting the blockchain. In that case the blockchain because an independent entity floating in cyberspace.

Considering the nature of crypto. it might be desirable for SteemIt to dotbomb out as the closer of SteemIt Inc would bring the site closer to the decentralized ideals of the crypto world.

The nightmare situation occurs when the price of STEEM drops so low that the witnesses can no longer pay their hosting bills.

Steemit is the Home of more than 1.2 million user. Steemit is beneficial for all user. It is our duty as a steem family members t build this community unconditionally. So, It Will help to facilitate people all the time. I think I'm case of bankruptcy we should help steem to overcome the issue and rise again

$0.00
Reply
RECOMMENDED
WHat is your take on fraternities?Can you trust someone that once hated you?How to make sure the intestine is clean?How to travel without money?I want to make my family proud how can i?Which programming language is the best?Who controls the price of bitcoin?How can we easily spot a terrorist?What does success mean to you?Why do you think byteball decided to create an airdrop specially for steemians?