So my partner and I had been together for years. We seemed inseparable or so I thought.

We loved each other, talked about many things together, played and laughed together. We even talked about the future together as I never thought I was gonna get separated from him.

Soon, he had to leave town and that was the beginning of our breakup.

Few months into the long distance, I realized that so many things were not just in place.

Our communication dropped. We started talking less and chatting less.

I complained continuously about this and he ended up saying I was just being melodramatic, nothing was wrong with our relationship, we were just fine and I should stop worrying. At a point, he even complained that I was nagging. I was upset but I didn't let it show, I wanted us to work and so I was willing to do anything and even take all the blame.

Subsequently, our daily communication reduced to once in three or four days and subsequently once in a week. Most of the time, I did all of the calling. I didn't fail to bring this to his notice to which he said it was because he was busy.

This continued and most times, we'd only get to talk once in a month with me of course, doing all of the calling. I felt we needed a break or perhaps, I needed to leave him alone. I did and that was the end of us. I just stopped trying to make us work.

I broke up with my most recent partner because we are both at different points in our lives and he wasn't willing to make time for me at all in his life. He is dealing with a lot of personal drama in many areas and I am not willing to sacrifice my inner peace if he is unwilling to walk away from the situations that are causing the drama in the first place. I still love him and I always will because I do feel like he is one of my soulmates. But, soulmates come into our lives to teach us and help us to grow and that is what we both have done. I don't think we are done with each other and we may never been done but only time will tell. He has a lot to work out and I have to love him enough to let him find himself. 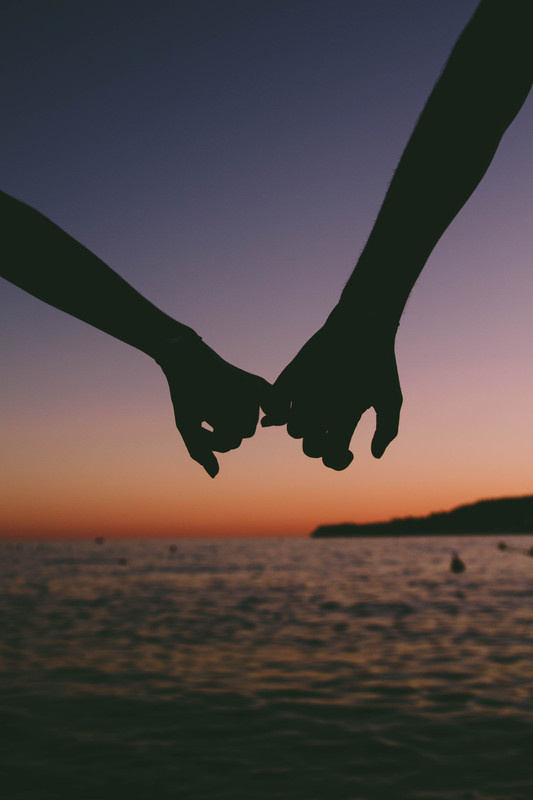 Photo by Valentin Antonucci on Unsplash

They found someone else better. But it's mostly due to us being incompatible to lead to the first sentence. There's more to a relationship than being attracted to one another. You need to see if that relationship has a direction you want to be taking. You also need to make sure you are committed to do what it takes to keep that relationship intact even if there would be compromised.

This is a over emotional question for me to answer. I got so much pain from my past relationship that I could not bear it any longer and ended up breaking that hell.

He was a drug addict and I found this very lately. May be it sound wired how I could not found that out in the first stage. But I really could not. And that was the biggest hole in our relationship.

He was my classmate from school. We used to share thousand things as we know each other for long. But he always hide that big part of his life from me. He acted normal in front of me. I finally found it years later when he got admitted at hospital for drug abuse.

I tried to another year to help him get rid of it. I thought my love would help him. Buy NO. this addiction do not works that way.

So I ended up breaking with him. It hurt him much coz he needed me and really love me. But I have to go to my normal life.

He is still in that situation and here I am a mother of a toddler and living a happy life.

Sometimes life does not give us much choice and we have to chose wisely, no matter what.

I broke up with my partner after 28 years of marriage.  It's a very hard thing to do at that point, with 2 children you have raised together and all your finances and possessions are entwined.  But the why is because he was an alcoholic who had a very negative attitude about everything.  He didn't cheat, didn't hang out in bars, wasn't physically abusive, but he was very controlling. and was never happy with anything.  I'm a very positive and upbeat person and I got tired of walking on eggshells all the time so he wouldn't get mad over some little thing.   I was at the point that I didn't want to go home after work because it was so depressing.  He was very hard to communicate with, didn't believe in discussing things or talking about feelings.  When I finally decided that I only had 1 life to live and I didn't want to spend it being miserable, I knew I had to go.  After I told him I was going to leave, he decided he didn't want that and we agreed to try to work it out.  He quite drinking for about a month, but then started again while trying to hide it.  In the end, he said he "just didn't like life sober."  I told him I "just didn't like life living with a drunk", so it was over.

$0.73
Reply
RECOMMENDED
What is going to happen in the next Avengers movie?What happend If DTube can't upvote DTube videos? How can you increase your level of intelligence?What are the importance of regular checkup at the hospital?What are the ethical principles of veganism?Is there any way to delete old Steem blogs?Why are most humans actually driven by self-interest?How can domestic violence be handled?Can thoughts change emotions?Should Musing Upvote a Post after 15 mins?