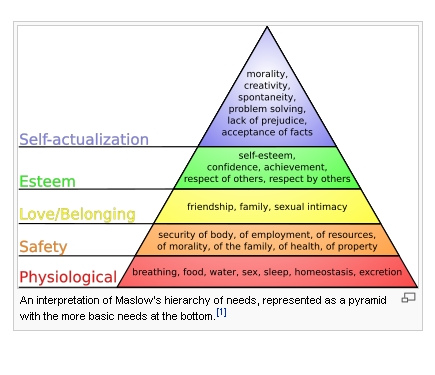 A. Part of the reason why America's Music (one of the most popular sources of Music in the world) revolves around Drugs, Sex and Violence, is that a large majority of the U.S. population and indeed mankind, lives in the lower levels of Maslow's Hierarchy of Needs.

Music about Sex trends, in part because Sex sells, and it sells best to the groups of people that are focusing on Sex, and on their other Physiological Needs like Food, Water & Sleep.

Due to income inequality and wage stagnation in the United States, a lot of Americans are just getting by and living paycheck to paycheck (or worse), so it should come as no surprise that many Americans are focusing on the more primative needs of Survival & Sex.

Keep in mind that Sex is categorized differently from Sexual Intimacy - Sex is a Physiological Need but in general, people who are seeking Love & Belonging (3rd Level of the Hierarchy) are more concerned with Sexual Intimacy, instead of just plain sex, and they most likely have their Physiological (i.e. Food, Water, Sleep, Sex, etc.) and Safety Needs already met.

So a lot of our Music is about Sex - Sex sells, and it sells because of the massive amounts of people who live in the lower levels of Maslow's Hierarchy of Needs.

People on the second level of the Hierarchy of Needs might express their need for Safety through the use of defense or offence (i.e. violence) and may unconsciously choose to remain aware of violence in order to increase their self-perception of strength, awareness and Safety.

It takes a good position in life, a decent upbringing, income and a moderate amount of self-development before Human Beings can focus their attention on things like long lasting relationships, Sexual Intimacy (as opposed to just Sex) and the higher realms of Self-Esteem, Mutual Respect, Morality, Creativity and Good Judgement.

As long as the United States and other countries lack the resources and/or political will-power to ensure that each of their citizens has their basic needs for survival met, Sex and Violence will continue to trend in the minds of the people.

So like Sex, Violence sells, and it sells because of the massive amounts of people who live in the lower levels of Maslow's Hierarchy of Needs.

The common thought in the United States is that drug addiction is a mental illness, but this was refuted when a large majority of U.S. War Veterans returned from the Vietnam War and shook off their drug addiction overnight.

Drug addiction is more a product of our environment, than a mental illness, and since a large amount of people in the United States and elsewhere are living in poor environments (i.e. struggling to meet or protect their Basic Needs), it should come as no surprise that addictions (i.e. illegal Drug use and the misuse of prescriptions Drugs) are becoming ever more rampant in the United States (and in other countries too).

The people who use illegal Drugs, and misuse prescription drugs, provide a large market for the creators of Music that sing about the same type of things.

So like Sex & Violence, ideas and Music related to illegal Drugs sell, and it sells because of the massive amounts of people who live (and are struggling) in the lower levels of Maslow's Hierarchy of Needs. 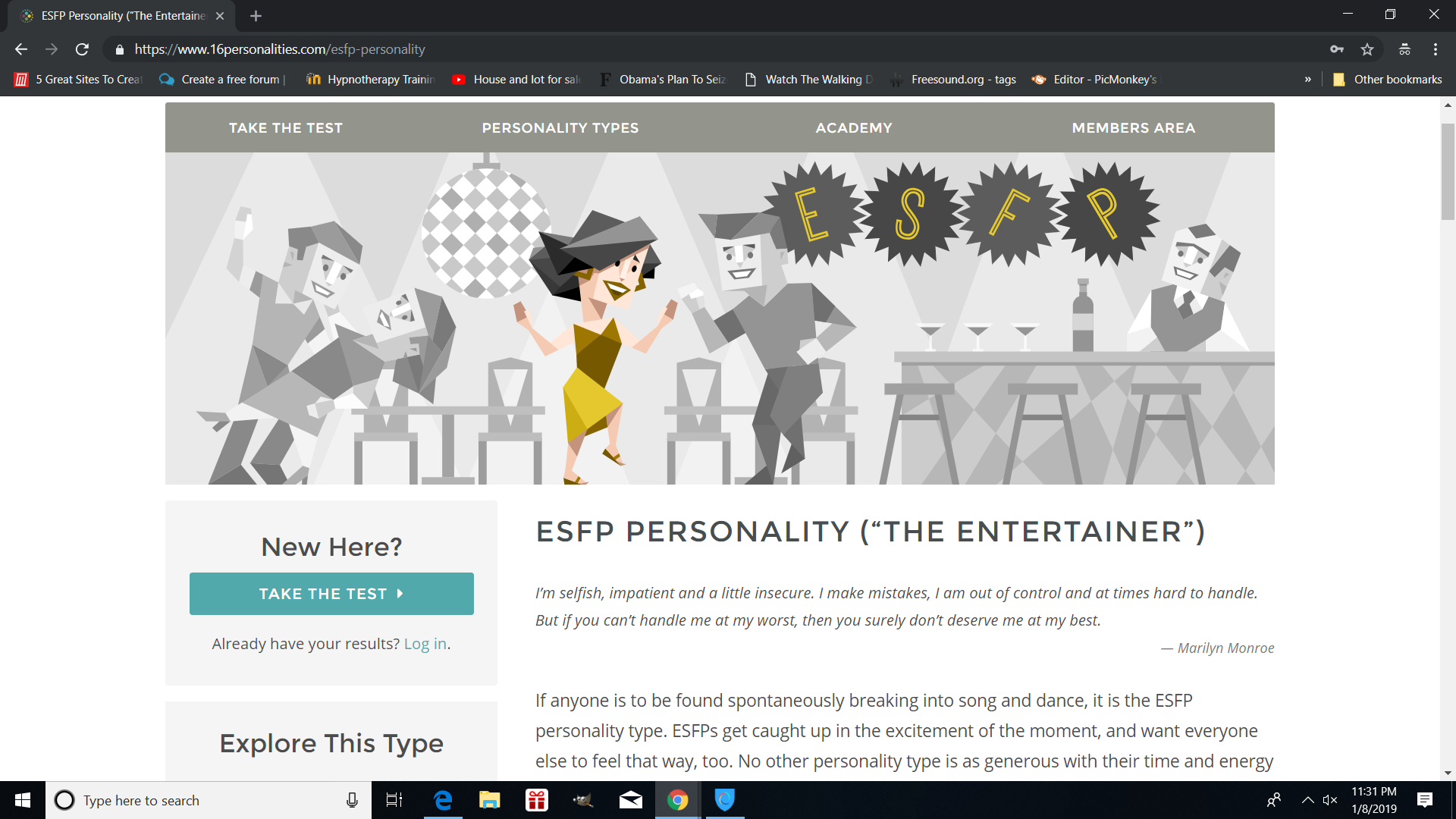 Personality type ESFP is called the Entertainer on 16 Personalities and this personality type represents a lot of the people that sing our popular music, like Adele, Adam Levine, Miley Cyrus and also includes celebrities like Jamie Foxx and Marilyn Manroe.

If you want to learn more about this personality type, you can click on the link listed in my sources, but in general, people with personality type (ESFP) are great at entertaining but they are not exceptionally talented at building long-term and deep relationships.

There are always exceptions, and it's possible to do well in spite of our weaknesses, but the Entertainers in the Entertainment Industry will not exactly be pushing us towards deep ideas, strong relationships, and contemplation or reflection.

Those are my reasons (A & B) why American Music (one of the most popular sources of Music in the world) in this generation, tend to revolve around Sex, Violence & illegal Drugs.

Well that's because those are the three things that influence music the most right now, and music is basically a reflection of people's inward thoughts. My music teacher way back when I was in highschool described music and art as the "Outward expression of our inward impression" and I believe that to be true.

I mean if you think about it, what else makes songs get downloaded and albums flying off the shelves today if not songs about drugs, sex and violence. Most people don't want to listen to love songs or message songs anymore, if it doesn't appeal to them sexually, relate to their personal drug addictions or talk about the violence that they experienced or at least seen or heard off then they aren't interested.

Let's face it, these are the three things that sell the most when it comes to songs these days. People still listen to love songs though, but there's almost always an inclination towards sex related things in every love song, it's just how things are these days.

The main reason for me is that there's a demand for these kind of songs and artists have no choice to supply what the fans want. Nobody's going to be singing about changing the world when everyone wants to hear about sex, as much as musicians love making music, they also love making money so they'll supply what's demanded.

Some of these musicals is simply composed and lays emphasis on the environment the musician happened to grow up and find himself/herself.

Drugs and violence based musicals might not be accepted but they do sell.

Sex based musicals has the highest number of downloads as the masses in this generation are very much interested if the music talks about sex.

So these factors make the songs sell worldwide.

$0.00
Reply
RECOMMENDED
Will it be possible for an app like discord to be built on the steem blockchain?What is the best thing about your personality?Can everyone be hypnotised?How can I fight depression ?Do you agree that most of the schools are useless for our children ?Is discord safe for IP?If you’re in a team-working task, what role do you take on?Mention your top three Dapps and why you like them?What is your steem-dream?Would you ever want to be famous?