HomeAnswerNotifications
X
HomeAnswerNotificationsCategoriesIntroductionAboutFAQ
HOME→QUESTION
Hlezama
Question asked on Question 2 years ago
What features would you add to musing.io to make it better? How would your suggestions improve it?
The other day I posted an answer to a question (How important is lifelong learning for you?), which actually shows in my Steemit account (comments), it says it got 7 votes, but when I click to see it in musing.io it does not appear here. It's like it was deleted or was not posted when I thought I did. I did not save the draft in my computer and I don't see a way to recover that draft here. It would be nice if a draft would be saved somewhere so that we can come back later and finish it.
$0.27

There are three things that I personally would like to see musing implement.

The first is a whitelist that helps to eliminate some of the spammy questions and answers that are getting posted on here.  I think it isn't enough to have the abuse channel in the Discord server and flag people. I think there needs to be some more vetting done before the person can even get on the platform.

This is already being done by many successful dapps like Tasteem, Steemhunt, and even Utopian to some degree.  Though not specifically a whitelist, Utopians review process is so intense that it quickly weeds out the junk posts.

Second, as I think the original question poster alluded to, I think it would be nice if there were an easier way to view the questions and answers on Musing after you have made a post.

Typically I get an alert and it takes me to a page full of questions and comments that are all collapsed and you have to dig to find the comment you are looking for.  This especially happens when you are looking for a reply someone made to your comment/answer.

It don't see it that frequently, but when it does happen, it is a major pain to try to find that reply to what I posted.  I value all comments on my posts and comments, so I think it is important to at least track it down and reply back to it myself.  Having an easier way to do that would be great.

Finally,  I think it would be awesome if musing had some form of delegation model where if you delegate more you get a bonus on your upvote rewards.  The more delegation that musing can get, the more they can vote and the higher they can vote.

I don't think they should change the curation model.  If I post a crap answer, I don't think I should get upvoted for it.  There are many times I post answers on here that I don't get a vote for and I am okay with that.  I know they have to spread their VP out and not every answer can be upvoted.

If my answer is selected to be upvoted though and I have chosen to delegate to musing because I believe in their app and what they are doing, then it would be cool to get a bonus upvote.  They could even do a tiered system.

I think it would be a great way to be able to contribute to the future success of musing while also getting a little some thing in return.  Many dapps and groups have rewards like this including esteem, partiko, and steem-UA.

I have nothing much to add or remove or criticize about how they run their votes and their internal interactions for every contributions made in musing, but I do want to see some changes in UI.

First, I would like to see a list of sorted upvoters of a certain question, answer or comment. It helps a lot in deliberating truthful and deserving contributions.

Second, I would like them to disable the jumping link feature when clicking the question. Instead, when doing so, a text box will appear for your reply or comment. This also helps or prevents other users to rephrase answers.

Lastly, a day and night theme for the major interface.

Thank you for this question!

Rome wasn't built in a day and the same is applicable to all the great apps or dapps you see out there. musing.io is growing so fast and it's growth is quite impressive.

Straight up to some of the features I feel should be added to musing.io is an **Edit Feature**. Some times last week, I posted an answer to a question in the love feeds but I got to realize that I made some typographical and grammatical errors when I was reading it. It was quite unfortunate that I could not correct the mistakes because there was no **Edit Feature**.

Also, I feel it is important to correct the anomaly of having to **login every time the website is being accessed**. I have to re-login each time I either want to ask a question or or answer a question. The process of logging in every time is boring and monotonous.

One feature I would also like to advocate for is a **Save as Drafts Feature**. I have lost so many well constructed texts times without number due to a poor network connection or browser suddenly closing or refreshing. This issue could be controlled if there is a **Save as Drafts Feature**. Lately, I have been typing using my notepad then copying and pasting to musing.io.

Some of the changes I may want to be introduced has been made mentioned by some contributors here.

In order of importance:

Now take all that suggestion and put it into a smooth, slick Musing Mobile App. :)

We all must approve musing need much improvement. And I am sure the developers surely doing it if they have long term plan.

1. Keep the draft of an answer. It is not always possible to write the whole answer in one sitting. And if you stop writing, go to the other tab for a while it's gone. How frustrating that is!

2. In my case, I can not write answer on my touch pad, it's showing random key press. I have to go to the key board to do that and it's become okay then. Not my tab problem, it's musing.

3. Adding picture to a post should be more simplified. It needs time to do that right now.

4. Showing the names who up voted any answer.

5. Open the notification properly and specifically. When I got notification from Partiko app about musing. I can't just go to my answer directly. It shows musing threads and I have to scroll through all other thousand answer to go to mine. This is so distrubing!

7. An 'about' section in this site. any new comer have to struggle to find out how it is working for a few days and find out the discord channel.

9. Answering a question, submitting it and the page automatically start to load some times. And boom!! The answer is gone. Can you imagine my situation.

10. An APP. How smooth the writing will be if we get an musing app!

Thought I got some of the answers from discord that they are working on it. They are very helpful there. I think as it is still in baby phase, it will develop in future. And I am hopeful that developers are working on it.

Musing.io is a great platform to not only answer the questions here but also engaging and understanding other's views along with a decent earning. What else you can expect? I am getting everything here and I am enjoying it. Thanks Team Musing.

- I want this feature where we get a rank for the activities that we are doing on Musing. Ranking will not only give more insights but it will also give a good environment made of quality questions and answers.

- A leaders board or Hall of Fame will be more amazing where we can see our ranks and compete with others to level-up in ranks.  Plus it will also begin a good competitive environment on this platform.

- Most of the time the account gets logged out which is a bit annoying as everytime I have ti go through all that steemconnect process. Manual login will also work as long as we can reduce the login attempts.

- Editor is good but it lacks some feature as for long answer I have to go up all the way to hit Bold, italic or such options. Adding the editor just above the submit button can help with this.

Better content discovery as with Steem apps in general. If Musing is to become a useful repository of knowledge or an entertaining read, perhaps it would be useful if the answers could be searched similarly to the questions.

Quite a great and useful question. I love what I see on @Musing and Hope we can together grow @MUSING to amazing adoption level as well as grow its ranking from the current 14th position on https://steemapps.com/

Here are my suggestions to what could be done to make Musing.io better:

1. Ability to save draft. Currently, @Musing cannot ave a draft of question or answer typed if the page gets refreshed. This can wipe away a well-thought answer due to network failure.

2. Provision to embed active links. This will help a good communication and interaction with other Steem based platforms.

3. Resteem of Superb Questions and Answers. Musing.io should incorporate the resteem feature to enable the promotion of amazing and constructive questions and answers.

4. List of voters. Musing.io should allow the view of voters a question.

Thank you for this question. I hope answers will help to make @Musing stronger.

Creating a section where you can access your gallery to select images or pics to upload in your musing post will be fantastic. Uploading an image link everytime you want to upload an image into musing can be very boring at times and that is why most musing users fail to add images to their posts even if they really want to.

I don't have anything to suggest though. I think the current way the team is operating is of standard because answers are all reviewed before curated. It is really a nice experience here as we all are getting to learn new things everyday.

The feature where one can actually answer a question and it is automatically posted on his/her blog is what I like the most.

I would say the musing team should keep up the good work as there are going global daily.

How about a faq section? You hardly find any information here. Besides there seems to be no information about who is behind all that.

I'm discussing below what features will help to improve musing

Need to a musing app 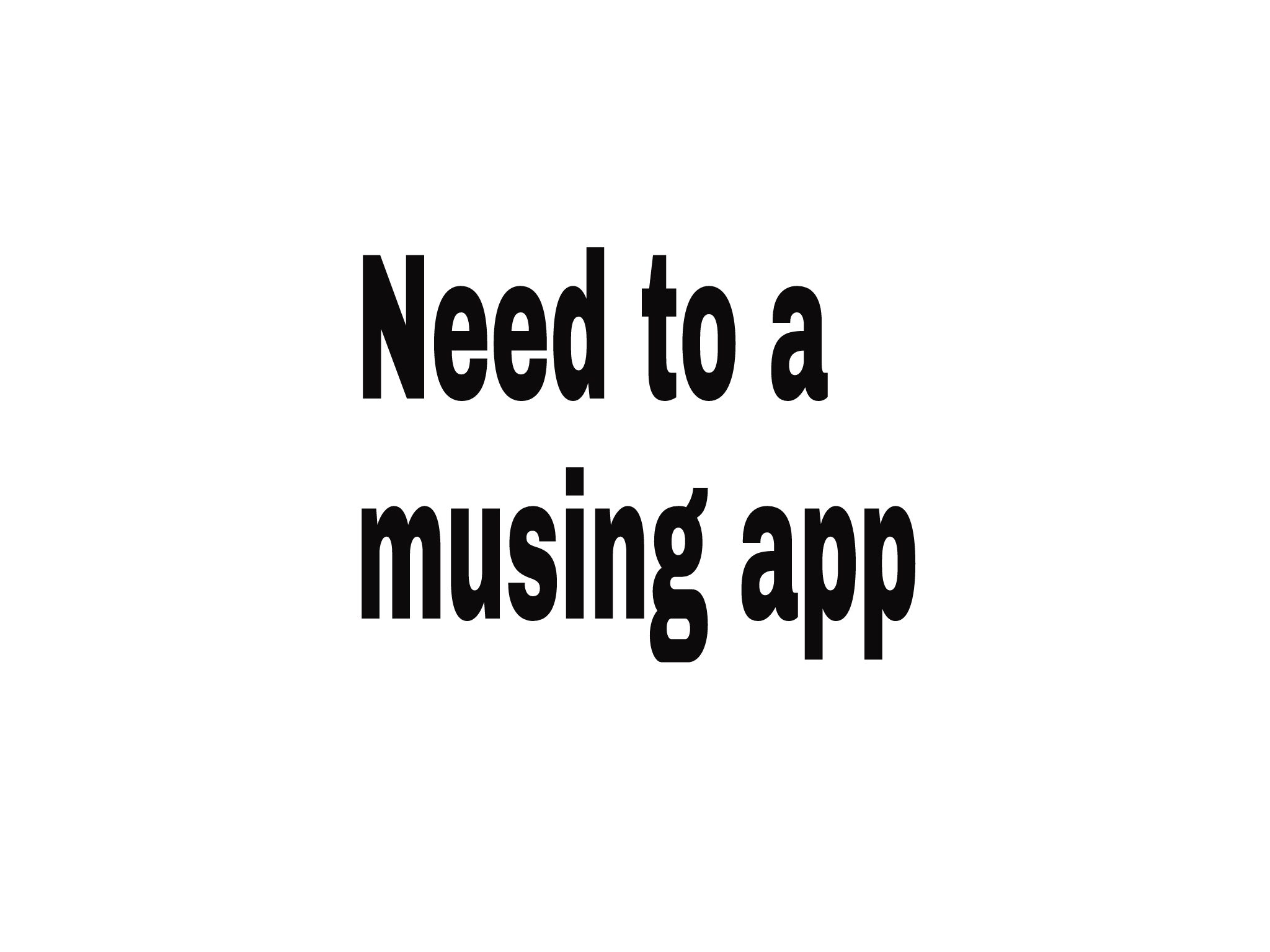 Easy to use the image to facilitate 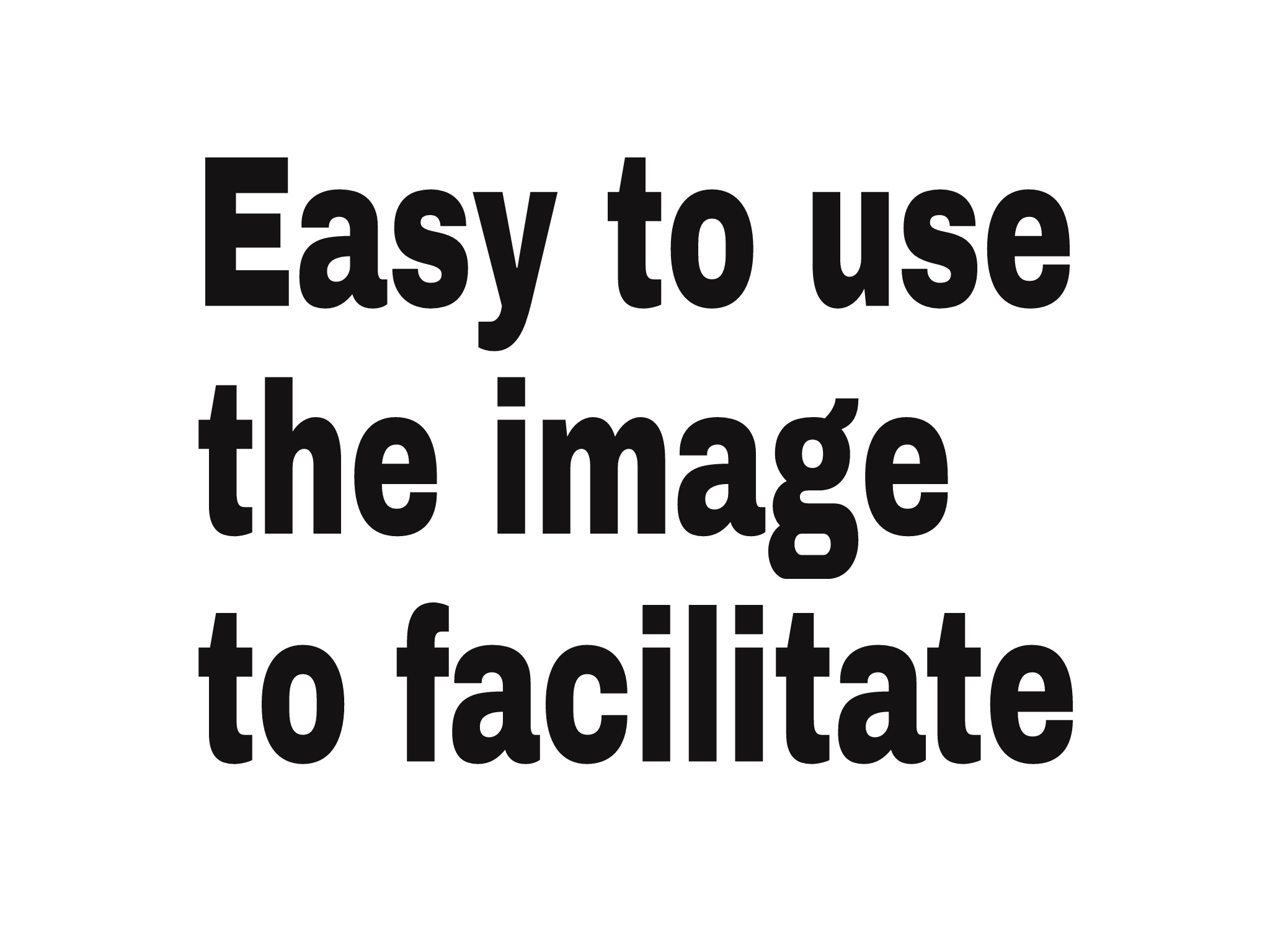 Who has upvote arranged this view 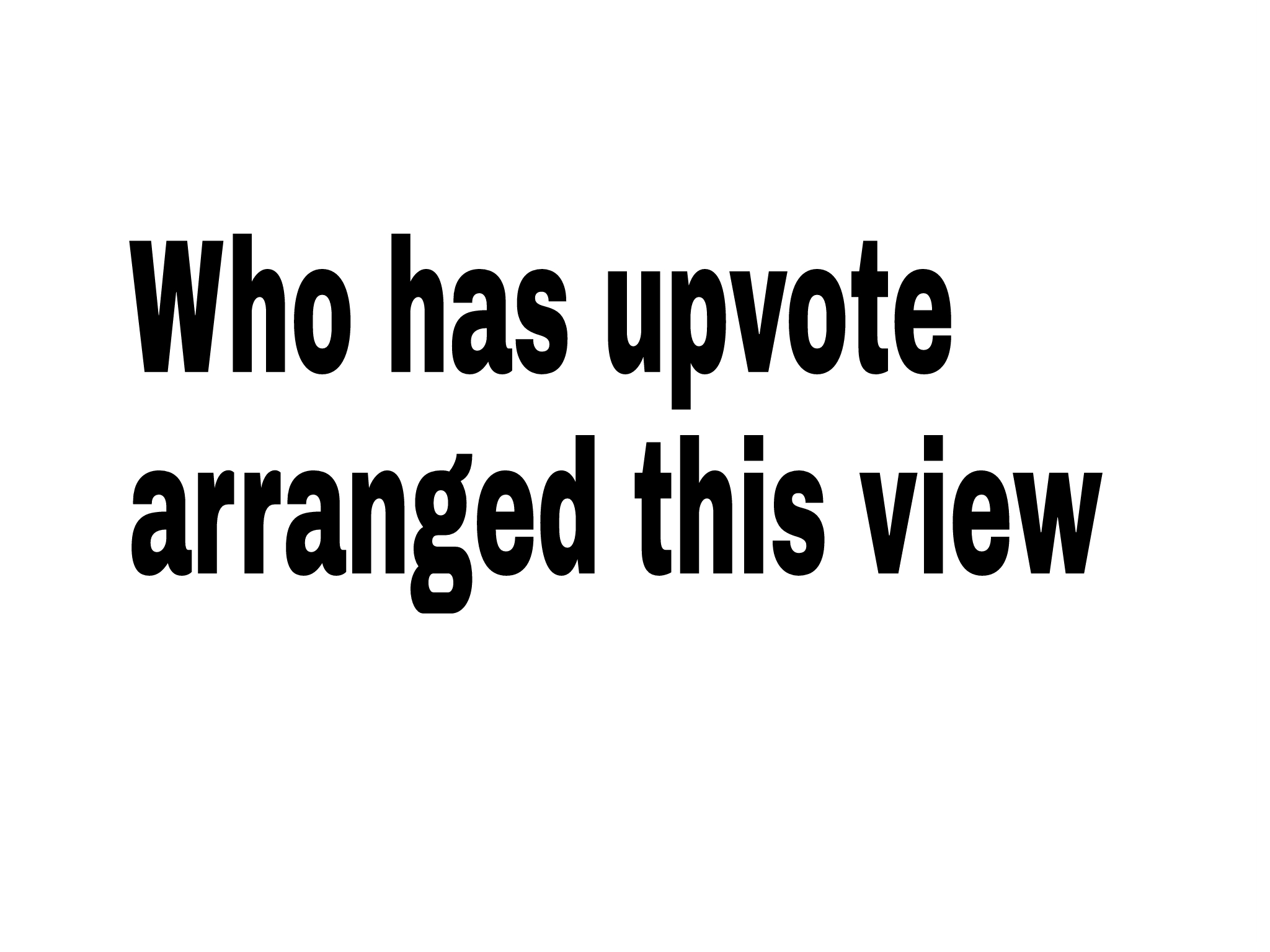 We all know that if you upvote someone from here, you can not see it here. If you want to see it, then you have to help from any other site. So I'll tell you who has given upvote to see it from here.

Here's a look at the notification 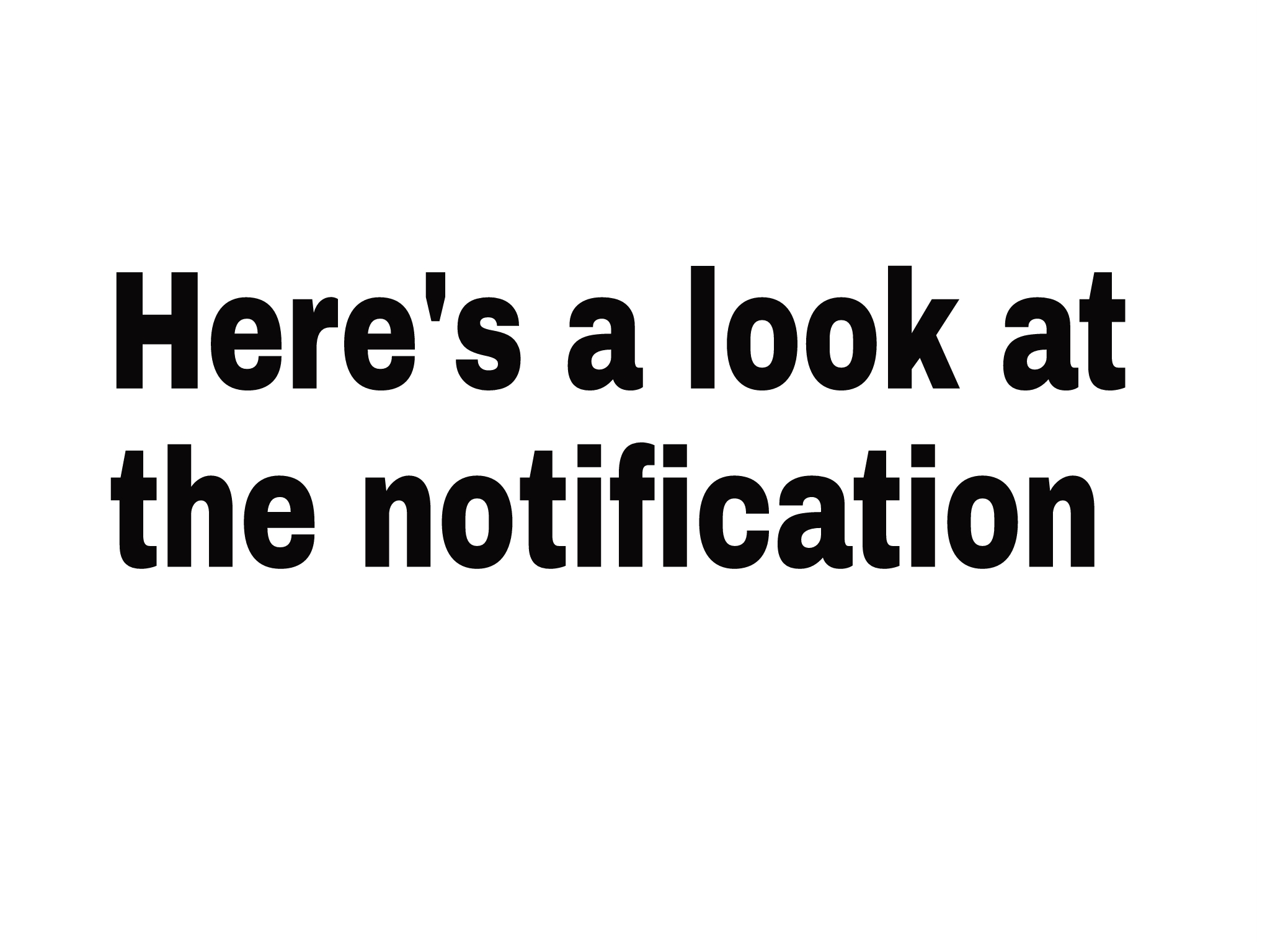 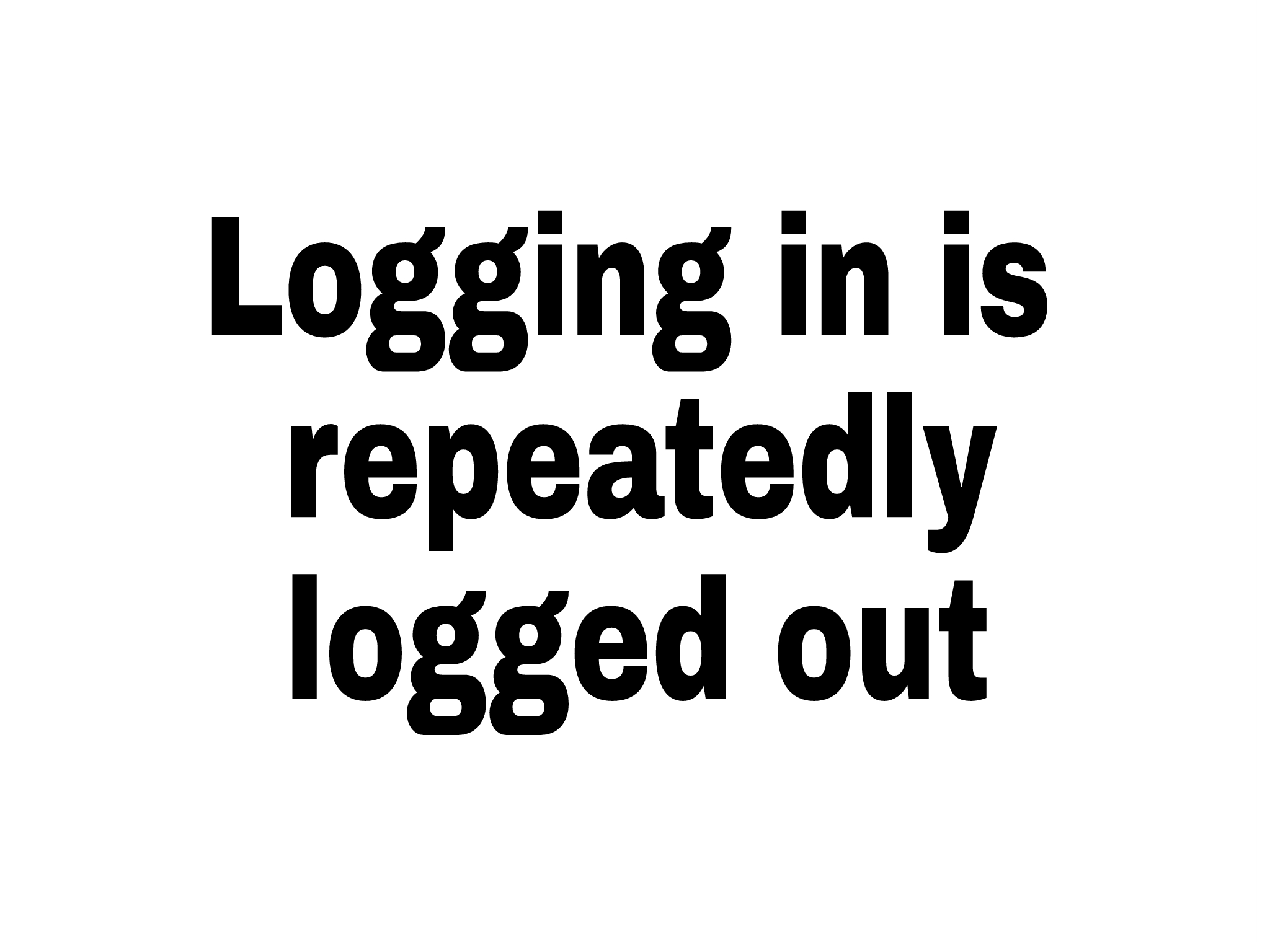 We have to log in again and again. It creates a lot of problems. So it should be arranged to fix .

RECOMMENDED
What are the word of encouragement you can give to a teenage orphan?What is the definition of financial assault?What’s invisible but you wish people could see?Does a complicated mind qualifies to be in a relationship ?Why is the heart of man so wicked?What triggers insecurity in any relationship?How to get a lot of votes on musing.io?Can a knee strike be more powerful than a kick? and why?Why do many people look down on college dropouts?Would you date your best friend's ex if you were single?