HomeAnswerNotifications
X
HomeAnswerNotificationsCategoriesIntroductionAboutFAQ
HOME→QUESTION
Iyanpol12
Question asked on Movie 2 years ago
With the rise of video streaming, do you think time will come when theaters or cinema would be replaced by streaming platforms?
Video streaming platforms are gaining popular like Netflix, iFlix, and the likes. They are gaining more users worldwide. There are movies only released in such platforms by which those films are not shown in theaters. Recently, "Bird Box" became a huge hit and was streamed by more than 40 million accounts in 7 days as claimed by Netflix. With increasing success of streaming, do you think it will replace cinema or theaters someday?
$0.74 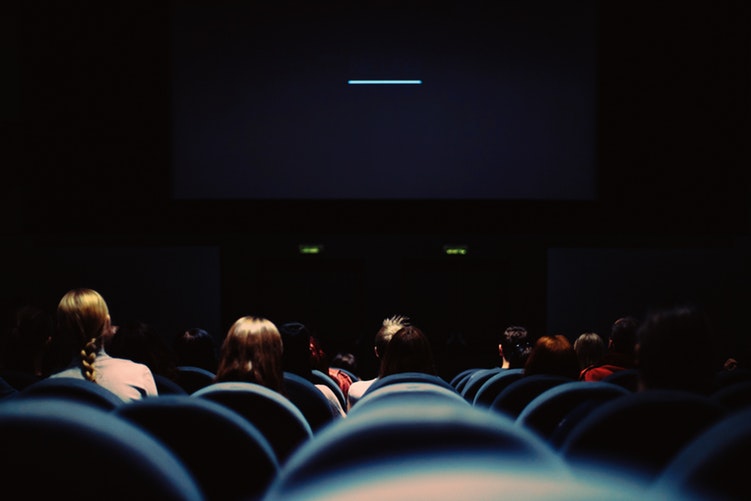 Television should did the job years ago, but people still go to the Cinema. So obviously streaming platform will never replace the experience of cinema.

Movies for cinema still profit more compared to TV or streaming platform. So cinema will always be there and evolve to compete with any platform because the movie industry have billions of dollar to spent.

photo by Erik Witsoe@ewitsoe from unsplash.com

After I had a smart TV in my house, I hadn't gone to the cinema that much due to video streaming on my tv. I don't think it's gonna replace theaters this soon as going to the cinema is still something quite great to do. Watching movies on the big screen when it premiers. The big budget movies, can't get as much money as it could if it is streamed on Netflix.

Netflix does have good content but I don't think it's fun to watch a great blockbuster at home. At the cinema, it is dark, we have to drive there and watch it as a social gathering before getting to the next location for a cup of tea with friends after that. The pop corns eating culture and the new cinemas that have 4d which gives the movie goers a new experience. The sound system that cinemas have built into.

Netflix and Iflix complements the movie binge at home. Netflix also needs to stream a lot of movies in its database and imagine if the netflix subscribers need to pay a fee to view BUMBLEBEE, it would be quite something everyone would complain about. What these sites would replace are sub par cinemas that still have really outdated projectors and sound system would one day go out of business because newer cinemas give better user experience.

Nah!!! It won't even replace the regular home Tv. I was talking to my brother today about Netflix and he says he prefers to watch movies on Tv than to stream.. Now, you will agree with me that cinemas are so much fun, it's great place to socialize and meet new people and video streaming platforms can't offer that.. So they can never replace theaters and cinemas..

Nope theaters and cinemas are irreplaceable. The contents that are provided by online streaming apps or platforms are richer and they tends to make more contents season by season. These sources are new to the entertainment sector and it is growing like a fire as the shows that are being provided is no more like the tradition that we follow or we see, the change in flavor is what is being appreciated by audience. But theater is more than just a source or a platform.

Streaming services are adding more possibilities to the entertainment sector where the idea is appreciated along with the investment. Traditionally we see that a particular studio is producing a lot of show and it seems that the shows are influenced by the same ideology. With streaming services more content makers are originating and more dynamic and different ideas are being produced.

Streaming services are bridging the gap between entertainment and audience. And the magic of cinema will never come to end.

No I don't. The main market for blockbusters is still the cinema. Streaming is fine for their own content but the likes of MGM studios will stay on the big screen.

It is more fun going out for the evening and watching a film. It is  a social event and that will never change. The money a film generates from being in the circuit is far greater than what is shown streaming on your smart television.

Yes! I think with the rise of video streaming all around the world, there will come a time when theatres or cinemas will be replaced by video streaming platforms. New platforms have been developed recently and most people save themselves the stress of going to the theaters and they rather sit at the convenience of their homes and stream new home videos. If it continues this way, in few years to come people will see no need in going to the cinemas as they can see the movies anywhere they are either with their mobile phones or PC's.

Going to cinemas are always fun though as you get to see the movies in a magnified form and you catch fun especially if you are going with a loved one. But internet technology is about taking over in full form so in the future is you go to the theater you are just going so you have fun outdoors.

I would have said no just a couple years ago but with the rise in virtual reality setup I think it may be easy to surpase the movie theater expierence soon. Also Netflix hs introduced a pick your own adventure type of movie that just came out so that may be the next step in movie going. You get to pick the outcome of your movie.

Going out to movies are still an experience unto themselves many appreciate, similar to how many prefer physical books even though they could do ebooks.

Well maybe it has a bigger impact on ticket sales but cinema enthusiasts are not leaving the big screen.

RECOMMENDED
What is the Best dApp built by the Steem Blockchain?Who was the best general that Hitler had under his command and why?What criteria do you use when voting for witnesses?What is the best blockchain for smart contracts?What is your opinion about fathers staying inside the delivery room during the birth of their children?With what kind of cake if someone comes to you could have your heart?Are leaders born or made ?How much do you want a mute or blacklist option on musing? Do you feel that spam sometimes is really out of control in here? How do you think this can be solved by a future update of musing?Is there a useful STEEM powered marketplace available today?How we define love?