They are both social media websites, but the purpose of Steemit and Facebook is different. Facebook is mainly used to communicate and stay in touch with personal, real-life friends. On Facebook, you have a friend list, on Steemit, you don't have a friend list. So the two websites are not comparable in general, because they are not alternatives to each other, but if I see the level and the quality of the interactions, then Facebook is certainly the winner. The real interaction on Steemit is rare nowadays. Facebook is much better in this aspect.

We can build communities, interact with friends and family, create contacts and interact with the world. Added to that, we can build applications and reward out activities on the Blockchain

Yes, my reason is simple. Although the majority of the world's population dominates Facebook with the largest number of users at this time, but Facebook can only be used as social media to communicate. Unlike steemit because besides functioning as steemit social media it also functions as one that offers many advantages and benefits because steemit is one of dApps which is powered by steem blockchain.

@Jaffgrah, There are many but i want to respond with one and that is, no matter how much time we spend on Facebook, we will not going to reiceve any value back but on Steem Economy for efforts we are getting value back in the form of rewards. Stay blessed 🙂

Oh great, I want to share my opinion about the happiness of joining Steemit and what are the reasons why I less and less want to return to Facebook. 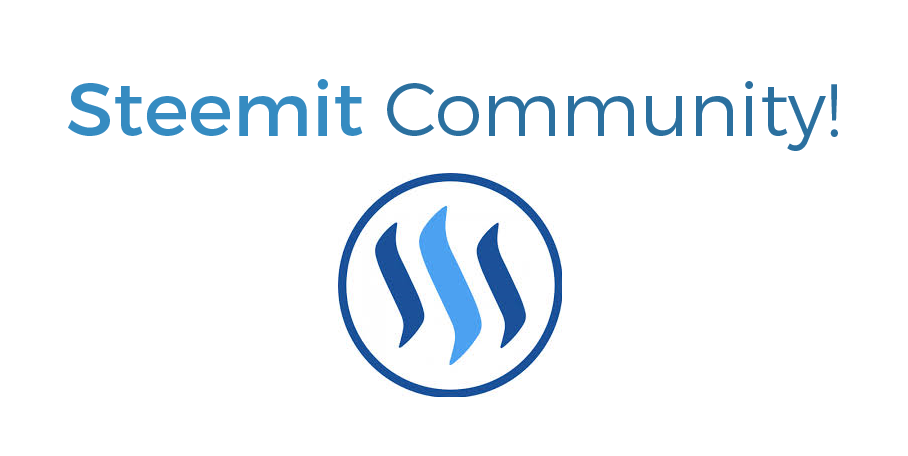 The community, on Steemit, is sacred. It takes a little time to realize it, but as soon as you get into it, you have a hard time getting out of it.

This is the first time in my life that I have virtual friends. Like ... real friends. Buddies I sometimes think of in my day when I'm not doing anything related to Steemit. Buddies who inspire me and motivate me.

2. The possibility of choosing to be completely anonymous Unlike other social networks, on Steemit, you do not queue your personal data. They stay at home. Did you have to register with your phone number and email address? It is true. But you could have created an account, paying for it yourself, and it's totally anonymous at once ...

I could not bear anymore that my anonymity choice on Facebook was not respected, that Facebook forced me (at the risk of losing my account forever) to give my real name and surname. Do not ask me why my account has my name and my name ... It's a nice mistake for which, I'm almost for nothing.

In addition, every day, these social networks sell for millions of dollars your data to private companies that retrieve the information that concerns us ...

On Facebook, privacy does not exist. Every fact and gesture is tracked down (and the info is given to governments if needed).

When I arrived on steemit, it's the first thing that struck me: the little pub ... well, I should say, the no-pub. On Facebook, despite my adblockers, sponsored advertising.

I began to stop being assailed by sponsored advertising. I did not realize that spending time maintaining a fan page, a private group and my own profile was giving free advice and information for which it is possible, if one manages to dream a different world, to be rewarded ...

Let's keep our fingers crossed so that advertising does not invade Steemit. But at least one thing is certain, it is that our data can not be resold to the advertisers!

4. Give your opinion without being censored

I did not realize how much social networks censor what they want and so influence trends ... even presidential elections! But when I discovered in the alternative media what was happening, I was ashamed to endorse and be part of it. Facebook me (we?) Has had ... And we dived in, eyes closed, head down and we still (I) so hard to slam the door ...!

And above all, Steemit, by its very foundations, will probably never collaborate with the governments that control or hope better to control its people.

5. Contribute to the development of Steem

On Steemit, one can give one's opinion at the level of development. I think especially of [Busy] who does not hesitate to ask us for returns. Can you imagine that at Google? Finally ... At Google, they set up things and have them tested by users to then keep or not changes.

By investing our time (and our money if we wish), it's a bit like supporting a young startup to emerge.

I discovered thanks to Steemit artists of the world ...

In fact, there are so many artists here, architects, designers, there is really a way to get lost ... Like on Pinterest. But worse. We can be in direct contact with the artists!

Facebook meanwhile, we offer content that he thinks we will love based on our previous actions and our relationship ... Nobody sees the same information! But in what world do we live? I want to make my own choices!

7. The ease of contacting Steemians

As Steemit is still very small, for now, it's still very easy to get in touch with all those beautiful people who co-create the platform every day.

Do you imagine an event where Facebook users would meet? It would not make sense! Moreover, this is not the goal of the platform ... Here, everything is done to create friendships, to get involved in the community.

Also know that Facebook belongs to one person (or almost) and that overnight it can close, make it pay ... It is he who decides since he is the leader!

The source code and the data are totally accessible to everyone, without any restrictions!

3. It makes me dream that another world is possible ...

Discover that Facebook, one of the most powerful companies in the world has tried to evade taxes or at least optimized to the point of paying only trifles ... it revolts me! You know how much we pay tax?

$0.00
Reply
RECOMMENDED
What video clip creator software can you suggest for me to use on Company profile presentation?What advice can you give to the new crypto investor?What changes would you like to see on Steem in 2019 and how do you see your 2018 experience now that the year is almost over?What scares you when boarding a plane?As Steem price is dropping, what is your plan?What Importance Do You Really Assign To Fashion: Do You Ascribe Reputation To Fashion ?Do you think there's life on other planets? If yes why such civilizations haven't got in contact with us until now and do you think that they are more intelligent than us?Sandals or shoes, what makes you look fashionable?Name the basic secrets of having a long-lasting relationship?What Are Some Amazing Steem DApps/Projects that launched recently?