HomeAnswerNotifications
X
HomeAnswerNotificationsCustomize Feeds
HOME→QUESTION
Joancabz
Question asked on life 1 year ago
What can you say about the young generation in your country nowadays?
We had some big religious festival in Cebu recently and I found out some disappointing things about the young generations nowadays. It seems like these young people are not good manners and they have been doing inappropriate acts in public places that made me feel concerned and angry about it. I was wondering what will our future like if these kind of young people exists.
$0.00

I think there are different segments of the young generation.

The ones who are slayers and the action takers.

The slayers are those who don't care about anything other than make money, even if it's illegally, dress fashionably, show off and disrespect elders.

From what I see, the action takers are fewer than the slayers and that is why we see the slayers almost all around.

Talking about the young generation is talking about the future of a country. Yes, they are the younger generation who will hold the baton. I can only say to them is to learn about anything that is useful for the provision of leading the country. What's more about the rapid technological advancements. Do not miss. 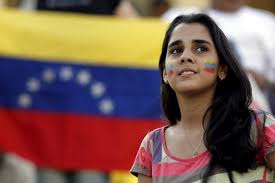 The young people of my country, Venezuela, are heroes! They are, for the most part, the ones who have taken to the streets to protest against the communist government we have. They are the ones who have raised their voice of protest when they wanted to shut them up and capture them. Unfortunately, it is our young people who have died in murderous hands just because they have not been afraid of them.

Our young people are persecuted by the mature military regime, for which other countries have had to emigrate. It is they who, even outside, carry the cry for freedom and the national anthem in their throats and the flag in their hands.

It is normal for young people to be rebellious, to break rules and go against the law. It is part of their spirit, of the essence of being young. The other is an old man in the body of a young man, and there is nothing more unnatural than to see a young man in the spirit of an old man.

They are growing up differently that what previous generations did. Each generation has their own set of frowned upon juvenile behaviors. No matter what generation, juvenile misfit behaviors will continue to exist because it's human nature at work in society. Everyone is expected to act appropriately but people can acknowledge that everyone learns at their own pace and that goes the same for maturity. Point is, no matter how good one can think the previous generation did better, it's all bias about what was better. The youth of today seek convenience and are more efficient that the previous generation given the technology they have now. There's also globalization at work. You just can't compare and give justice to which generation was better when everyone can easily tell their generation is the best for this and that.

$0.00
Reply
RECOMMENDED
What are you interested in that most people aren’t?What altcoin can still make 1000% gains?Do you agree that musing.io should create a feature that will enable someone to earn upvotes through points on this platform?Have you ever thought about water's crucial importance, if you really drink enough every day? What would be a clear sign that one is dehidrated?What is alter ego?Is ageing inevitable?Why are kids of these days also having diabetes?Why do we need sleep?What are the most exciting reasons to become involved with digital currencies?Do you buy and hold (hodl) cryptocurrency or trade?