Well if he can save both of them then that would be just fine, but as per your question, I guess he/she can't. It's a difficult question to answer but I'll give my honest opinion on the matter.

Well I think most people will agree that it's a parents job to take care of their kids, to cater for their needs and maybe if the situation requires it, make the Ultimate sacrifice, so if we're looking at things from this point of view, then I think the doctor should do everything he can to save the child at the expense of the mother.

I don't think there's any woman who actually loves her child that would want to live and let her child die, nope, there's something about carrying a child in you for nine months that makes it impossible to not love that child so I'm pretty sure that most women would opt to have their child live instead of them.

Now if we think about it from the point of continuity of the family then maybe it would be better to let the child go and save the mother. If the woman already has kids, then choosing the child over her would mean depriving the other children of their mothers love. No child, in fact, no LIFE is dispensable and I truly believe that, but another child can be born later if the mother is saved, but another child can't be born again if the mother dies.

Everything boils down to who's making the decision, if it's the mother then I guess she'll choose the baby over herself, but If it comes down to me making a decision, honestly I'd choose my wife because I wouldn't know how to raise a family without her.

Ideally it would be best to try and save them both but if it comes down to the hard choice the mother should always take priority. Unless/until the baby can survive outside the mother's womb it is, by all technical standards, a parasite. On top of that in most circumstances the mother, because she is an adult, has a better chance of survival than a child so sick it's causing this kind of choice to be made so she is obviously the better choice. Also, personally, I think it's far better to have the mother live and be able to try again or adopt children or something than to leave yet another child in this world without a mother.

This is a very difficult question for me but I try to give you a positive answer to this most curious question. Well, I think the doctor should save the life of the mother if they will on that stage. Because mother life is most important they connect with so many other major relation and the upcoming baby been new in the world.

So the baby is again come when a mother is alive. So mother life is important because a mother is the only that gives you a world's best happiness in your life, So never hurt your mother from anything.
Do Always Respect Of Kind Mother!

The most important thing in life, from the biological point of view is to be able to generate offspring, transmit your genes, have children, etc.

The human body is wise and knows how to distribute the greatest essential requirements for our heir. But this implies that also in some occasions.

From the general and scientific point of view, the doctor should do everything possible to save the baby. The whole organism that managed to reproduce is already biologically successful. 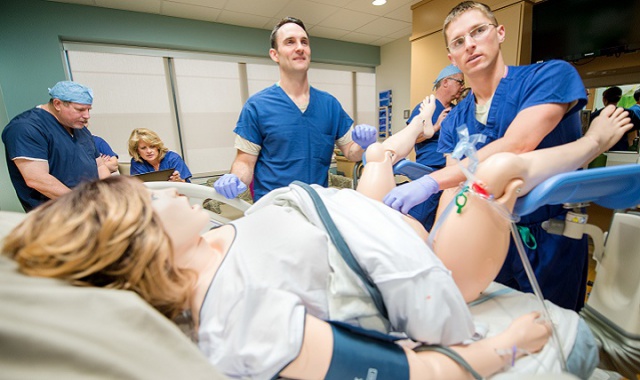 From my point of view, and emotional, I would prefer to safeguard the mother .. although there is a risk that I can not have more babies.

From the ethical point of view, the doctor will keep a place for the present.

Not a situation I want anyone to experience. When I was born both me and my mother were dying.

There was huge blood loss and everyone thought that we would both die for sure.

They worked hard to save my mum and by chance I survived too. If they had worked to save me I doubt they could have also saved my mother.

The mother. It's most people's consensus.

The doctor will almost certainly save the mother. She is his patient and has to take priority. It is a difficult decision but feel that this is the correct decision to make as well. No one likes to choose but you have to go with the adult as they would be stronger to survive. A distressed baby may not make it anyway and you end up losing both.

RECOMMENDED
What makes a child fruitful in school?How many accounts are you upvoting in one week?If Christmas is really about Christ, how come unbeleievers celebrate Christmas even more than Christians do?How true: " the more you admit your imperfection, the more perfect you would be" ?What are the risks of being a transgender?What do you think about users posting YouTube videos and Google photos and then using bidbots to get upvotes?How important is education in your country?How do you usually curate? Manually or use autovoter and why?WHAT are the issues/deterrents to having non-English areas on Musing.io?Is it right to give to mendicants or not? What do you think??