Great question you got there!!!

I don't believe that there's anything that'll give anyone the right to steal from another person. Hunger can never be an excuse to steal and although sometimes the hunger pangs may make you feel like you don't have a choice but we always do.

Stealing from someone means to deprive them of something that they've worked for and regardless of if the person will even notice if it's been taken or not, it's still wrong. I've never been so hungry that I considered stealing food but I've seen poor kids in Nigeria do that and it sets the precedence for them to become full fledged criminals in the future.

The law exists to protect the citizens to maintain law and order as well as to protect us from ourselves. Just because a person has food and you don't doesn't mean that you have a right to take some of that food. Let's put it this way, if I have 5 apples which are supposed to last me for five days and then you have none but you steal one of mine; at the end of the day, I'm going to become hungry like you on the fifth day and if I steal from someone because if that then I'm going to end up making someone else steal from another person.

It's sad that people can't help themselves when they're hungry and sometimes resort to stealing, but if you let things like that slide simply because of their predicament then alot more people in similar predicaments will equally start committing such crimes.

Hunger does not give you the right to steal whatsoever. There's no justification in that. Because we are all given two hands and feet to work you getting hungry as a result of laziness is no one's fault.

The best way to go about it when you're hungry is to ask for help. Because a thief is treated as a thief no matter what circumstances might have led him/her to steal.

Stealing to eat is not justifiable.. Like a scenario I witnessed, a guy took meatpie from the stores show glass and walk away like he had paid, when the owner of the store saw him walking away she had to call him back, she then asked him what was in his backpack he refused to answer then she searched the bag and found out he had stole some meatpie, he then started begging that he was hungry. Been calm she asked him to return some and take the rest. It was a good day for him.

I have this belief, that what goes around comes around. Or you could call it Karma. Either way, stealing in any capacity, will likely bring some form of negativity into your life.

This is really an interesting question I must say.

Being hungry is not an excuse for you to steal, absolutely no.

Stealing is absolutely wrong and it's considered a crime in any society and it's totally unacceptable.

Hunger is not a good experience and nobody is wishing for someone to be hungry but conditions and hardship can lead to hunger but it doesn't mean that the best way to deal with hunger is to go into stealing.

When you steal you deprived people of what rightfully belongs to them, you deprived them of their sweat and means of living which is unacceptable and bad.

There are people who resolved to stealing and say that they had no choice but that's not true, you always have a choice but just that they decided to make the wrong choice.

If people agree that someone can be pardon for stealing because he or she was hungry,that's going to cause a lot of problems in the society as people will begin to use hunger as an alibi for stealing.

My conclusion is hunger doesn't give you any right to go into such a bad act of stealing.

Never used your problem as an excuse for breaking the law of the land.

Honestly speaking hunger can lead to stealing food. Though it does not give you the right to steal. Food is a necessity to live and if a person is not able to get food via good means then he is left with no other option leading to steal, beg, borrow and all that. 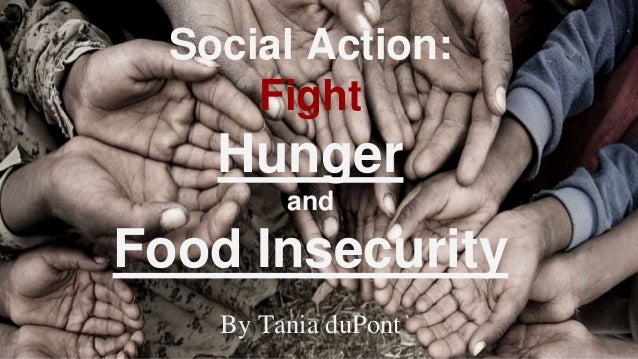 I, know that this is a very difficult situation to be in where a person is not able to feed their family members and when left with no good options to earn and live a happy life - leads to the track of stealing and other bad means to live a living that nobody would like to be in - But the circumstances are like that makes stealing as a means to live.

I hope and pray that no one lands into this difficult situation and as a community, we should be doing our part to help the needy ones so that we have peace, happiness and happy people all around us.

Humans act like the are a greater creature than all the rest of the living things on earth.  Humans feel they can own anything they give a name to. We don't call it stealing when a bird plucks fruit from a  tree when it is hungry it is called an act of God.  Let's get real humans are a mortal creature that don't really own anything on Earth; they make laws to pretend they own things but once they are dead their ownership goes poof as if it never existed because it never did exist.  Eat if you are hungry the person denying you a meal is a greater criminal.

No I do not think it is ethical to grab someones food even if you are hungry. A person can kindly ask and explain the situation but stealing wouldn't be the right option for the person.

$0.00
Reply
RECOMMENDED
What is your best time for studying?How long do you think you will be here on musing?Is there limited number of questions a person should answer on musing in a day?What Proportion of The About 60000 Steemit Accounts Are Likely To View A Typical Post From An Account?Is entrepreneurship the best way to escape poverty?If Steem survive the bear market and be valued at around $2, will you keep powered-up or will you cash out?What's your best strategy when it comes to upvoting content on Steemit?Should i continue calling or i should keep my cool??What has been your most interesting experience with using dating apps?What do you think about having multiple accounts on Steemit?