If I were to invest my own money I would think very carefully. Investing is great and we know the profit is the reward of taking a risk but let's not confuse bravery with foolishness.

I remember reading an article a wile back about a Dutch man selling his house and all his belongings for  bitcoin, saying that he has faith in crypto, especially in bitcoin. He bought a camper trailer, an RV for the family and planned to live a minimalist life and invest in crypto everything he earned.  At that point bitcoin was somewhere at $8000. We know that bitcoin price went considerably up after that, the man might have doubled his investment in case he was wise and maybe bought his house back or another one. Bitcoin was at $19,783.21 on December 17.

But look at the bitcoin price now.  What if he was waiting for the price to go up higher and now his investment worth less than at the beginning? Would you do that for your family?

I'm not saying he was wrong, I'm just saying you have to be careful and think twice before you act. Don't put your family and kids at risk because of greediness. Invest wisely the amount of money that you can spare in case things go sideways. And don't forget about the golden rule of investing: "Don't put all your eggs in the same basket!"

I'm not planning to invest my own money in crypto right now but who knows what is going to happen in the future, right? At the moment I have other plans, my money is needed elsewhere and because investing in steem would be a long term investment, I can't afford to do it. However, I think if someone would like to invest in Steem, now is the time.

I registered to Steemit in January 2018 and have seen the roller coaster steem went through and I think the price of Steem is going to rise soon. This is only my opinion, it's not an advice!

I've seen users investing great amounts of their own money when Steemit was $4 and I know how it feels to suffer a loss like that. I don't think the price of Steem would go any lower, so I think it's a good time to invest now.

The price of crypto depends and is influenced by a lot of factors and now that Steem was listed on Netcoins, Steem is going to be more popular ans widely appreciated, which will add more value.

I didn't have any as all my crypto was stolen by hackers in February. I actually see it as a blessing in disguise as I found Steemit.

I don't think I would have invested in the beginning as I didn't understand this place as it takes  a lot to get your head around. If and when i have funds I will invest in Steem with no hesitation. Unfortunately we are only allowed $1000 per year due to regulations for investment in the crypto market. I say $1000 as anymore and you are flagged to the taxman for a list of questions.

I am happy currently by having no personal cash invested in Steem and it has all been grown from scratch with blood,sweat and tears. This is the hard route but you do appreciate it more I think.

Steem is in pretty early stage and projection can go in both directions vertically. But as an ambitious project and something new I will give in my salary in steem. As long as I have surplus money in my pocket I will stake-in in steem. Cryptos can be a joke to many but I see potential in it. This fiat currency will evolve in digital some day and this is how time changes. So we are staking up for future. I don't mind if my investments shows me red signal but as long as I can hold, I will put-in.

As much as I believe on what Steem will be in the years to come, it honestly never occurred to me to put or invest real money on it.

Sure! Investing money on Steem will make you ahead of everyone and have a high chance of getting double or even triple your investment (especially once SMT is released) but I think I will just like to play it safe and accumulate Steem the safe and slow way. XD

Fortunately, I'm not that desperate for money at the moment. I just want to have fun all the while earning some extra cash. Also, the grinding for Steem Power is honestly fun as it keeps me occupied from time to time XD

That depends on how much you have and how much you can afford to lose.  I wouldn't invest any more of my money on Steem than I'm comfortable losing entirely. There is no telling what will happen to the entire crypto sphere. A major government crackdown could wipe out 50% of the value if it happened in a large and rich country with a lot of investors. The opposite could happen as well. There's too much uncertainty for investing in crypto not being very risky. But if you're comfortable with that the rewards could be life-changing.

i already have none, so i wouldnt take me as advice. The elderly steemians who were here during the dark ages and still stick to those principles are mostly wealthy people who came here with pockets that were already lined.

You can't take them for an example either.

When it comes to "investing" (but this is not speculation, this is a utility coin where you can get something relative to the amount of effort ... some would even whisper the word "work" in dark corners, which it is ofcourse not because your fingernails dont get dirty)

it's a metafor not everyone gets

but they usually mean "speculative" investing , unless you're at lobby-level, or in this case here unless you come inhere and you can buy people to put you in a witness seat

its gonna be a LOT of work and time

steem is a utility coin, but i think it would sit a lot nicer and get a lot better attention if it sat somewhere around ETC-level , its unlikely it will ever rise to bitcoin because of the high volume moving around, people use this for income (even if the elders think its not about the money with six figures in their accounts) they do, so it's sold a lot more

the lack of marketing skills of the lazy top 20 makes it so no big money comes in here, and the fascist content crusaders surely dont make that better

so maybe i should say

"no more than you could flush down the toilet without blinking"

no risk no gain

but your kids college fund is not "investing money"

BUT WHATEVER IT IS, you see ... take the time you waste on facebook, maybe buy some of that stupid shit from zynga games if its still like that

ALL THAT TIME, and whatever pocket change you spare (im talking for hobbyists, right, not people who would do this for the pro of it) is WAY BETTER SPENT on steemit

that should be clear, as for "investing", the guy who tells you he "knows" is lying, ... there are probabilities

one of the finest examples of late was the fed's most recent decision on intrest rates :

they made an impopular decision , investors lashed back

(they're a sorry lot okay, investors, not as sorry as the world bank but pretty sorry ...) investors lashed back, the holy dollar took a hit

and then you get a ripple effect ... like a stone in a pond the dollar dunked, things around it dunked

BITCOIN DUNKED, and "most of the time" when bitcoin dunks the alts go with it

but that's about as sure as you get so unless you got a crystal ball to predict decisions by the IMF or the american FED or kuroda-san (is it still kuroda?) from the BOJ or in the last years the chinese

all those charts ? that's just simple probabilities calculated on ALL DATE taken from ALLLLLL time

which means they take the median and average from a period spanning about 80 years or more, not taking into account when it was war here and war there, or when there was food shortage or when the oil prices crashed, no

all of it is thrown in one bucket, and there they take the average probability

if you know anything about math, that should tell you enough about the gurus lol

but steem is not speculation , you CAN speculate on it, but you need high volume to trade as it "wobbles" between a very small margin (which is actually GOOD for anyone but gamblers)

for the users however , a price of nine or ten would make tennex difference

that's why its not the same (among other things, right ... its bedtime) 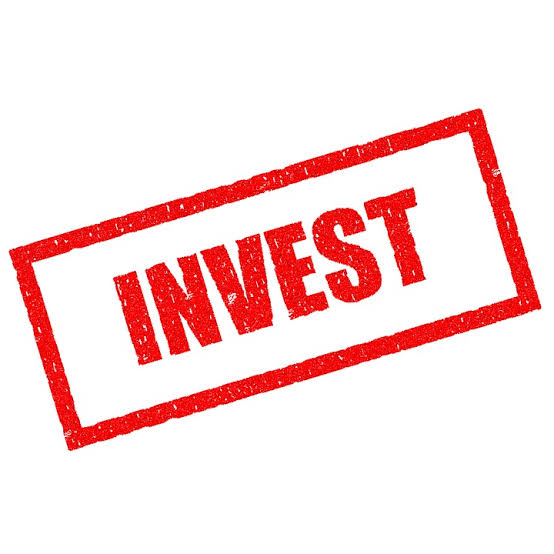 I have been associated with steem since last year and half. I have seen the skyrocket and bottom rock prices of steem and SBD. This time it is fairly possible to make good investments in the steem platform and i am looking to convert 75% of my cryptocurrency holdings to steem for two reasons

1. Beyond this, i see a very limited risk of downfall unless something goes miserably wrong

2. Steemfest, SMTs, dApps are all positive developments which are observed by everyone

If I had $500 of cash laying around that I would decided "hey, I'm going to invest it somehow", I would more likely put all of it in Steem than in a fund or give to a broker.

I made a conscious decision to not invest off-chain funds into Steem, and even it makes the whole growth of my vests significantly slower, I am satisfied with my free money thus far.

As much as possible

I believe that cryptocurrency is the future and I will do advise anyone who has money at hand and plans to invest on steem now should kindly do so. From now still six months time steem will certainly moon

So the key is investing

If given a scenario that I have that much money, just seating in my bank account. Then I'd rather invest it to Steem and do something good using it.

Of course, I have to consider something for my self that will serve as my savings & emergency fund. So even if I have more than that money in my pocket, I would still go down to that amount, which I believe to be more than enough to do something helpful to the community.

$0.00
Reply
RECOMMENDED
How many times do you eat in a day, and why?Apparently you can still downvote, but how is it possible?What is your best means of deriving information/news and why?Do you think every people should have a social media account?Why?What do you do when you realize that it's "TOO Late" now?What are your favorite Christmas memories?Can dogs suffer from stress and anxiety?What feature do you think Musing is lacking?Do you believe that money is everything?Is gambling an addictive act?