HomeAnswerNotifications
X
HomeAnswerNotificationsCategoriesIntroductionAboutFAQ
HOME→QUESTION
Omegagamerow
Question asked on Anime 3 years ago
What is your most memorable moment in anime?
Although I do not watch anime as much, in comparison to some of my colleagues I have my fair share of moments that just effect you deeply, especially form Naruto. I do not believe how ecstatic i was when Naruto went into his tails form while fighting neji. Nevertheless the most memorable moments for me was at kakashi's childhood,

My most memorable moment in an anime is when Naruto went from human to four tails demon mode when pain stabbed hinata.

I've literally watched that scene a hundred times because it's just too awesome, thinking about it now sends chills down my spine.

I like that scene because normally Naruto would have to get angry to enter the demon mode and it usually starts from two tails and increases as time goes on. But this time it was different, there was just too much emotions going on that he (Naruto) didn't know when he succumbed to the power of the nine tailed fox and transformed in a heartbeat. Let's also not forget that once he entered the demon mode he fucked pain up, broke the seal given to him and almost transformed into the full nine tails if not for his father's intervention.

That will forever be my most memorable moment in an anime.

My most memorable moment in anime is almost all the scenes from the anime titled "eiken"....

Eiken is actually a fanservice-themed manga and also an anime series which was actually created by the person called "Seiji Matsuyama"..eiken is a story that actually depicts the true life of a schoolboy named "Densuke Mifune" after he was forced into the mysterious Eiken Club.... 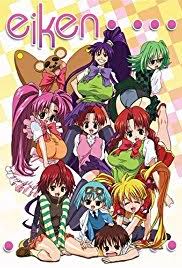 RECOMMENDED
What scientific discovery would change the course of humanity overnight if it was discovered? What are the healthiest alternatives to change traditional sugar for people who are diabetic?What is Pizzagate?What's going on to steem? Is there any chance that its value will rise again?Was Dlive decision to move to LINO blockchain a good one?What would happen if the internet ceased to exist in the world?What could we do to protect our kids from technology addiction?What is CRISPR genome editing?What keeps you returning to musing?If we will have new ATHs this year in the crypto markets which crypto do you think will be "the star"? What made you choose it and do you have a price prediction for it?