That's a very interesting question to discuss about. Let me share my perspective on why I think it cant really be answered one way or another.

The centralized power-structure the entire world currently runs on is what makes corruption possible, lucrative and very desirable for the immoral individuals who care not about the consequences of their actions. As long as they get a hefty paycheck at the end of the month, nothing will stop them.

As most know by now, money plays a crucial factor in our lives.

The top players know this by heart and some of them will do everything they can to obtain as much of it as humanly possible. Consequently, they turn rogue and thread the path of corruption as it is highly profitable and has very little to no, actual work involved in obtaining those large amounts of money.

With great power comes an even greater responsibility and potential to game the system. Most, abuse this power to the best of their possibilities.

This power is in the hands of a couple individuals at the top of the corporate ladder. That's why the system itself is broken and easily corruptable as it only takes one, or at max a couple influential people, to bribe in order to start moving things in the wanted direction. 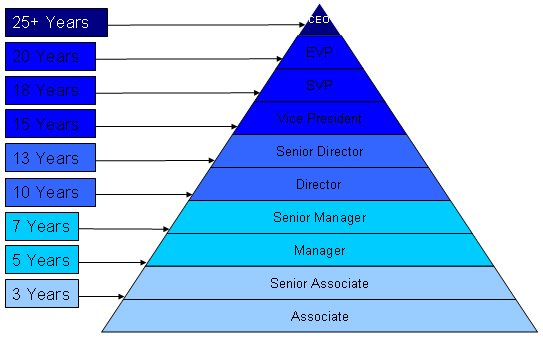 Most people nowadays, especially those at the top of big companies and politicians, turn to corruption as they really have no empathy towards others, nor do they care about the negative effects of their actions.

That's when you see politicians passing laws demanding vaccination, judges allowing wealthy individuals to walk away with murder, sick people dying as they can't live long enough to get it done because those who can afford it skip in line by bribing the doctors and basically everything else that is wrong in this world has its roots in corruption,

Money is the root of all evil, its twin brother is corruption and both are working around the clock to set the whole world on fire.

To answer your question; All centralized systems are corruptable but they are not the ones corrupting themselves, those at the top are. The CEO's, party leaders, presidents, prime ministers, doctors, and everyone else who can pull the strings, will probably do it in his favor, on the expense of everyone else.

You can't blame the system. A corrupt person will corrupt any system. People are greedy and will exploit any situation they can. Any system will have weaknesses somewhere and these individuals will work an angle to benefit from it.

Corruption and gaming the system is rife in our society. It is all about easy money and not good business practices , but crooked business. look at the big corporate companies that do everything to game the taxation system so they can line their pockets.

Laws and mindsets need to change , but until this happens it will continue and most likely get even worse.

If you know that People are going to try to profit from the System if they can and don't get punished for it. And looking how our countries have build themselfs over the years. You can see that People always are gonna try to cheat the System. So you need to create a System that is rewarding but at the same time punishes bad behavior. Or makes it irrelevant. That would be our biggest problem in Steem it's too open. One reward pool for all. And the one with the biggest pocket can get the most too out of it.

The Society being a composite of constituting parts is the sum formation of all of its parts. This addresses the question being ask in most societies viz:

Which Influences The other to become corrupt; between the corporate society and it's unitary components??

In other words, does the government's of Nations influences her Citizenry to be corrupt or vise versa??

As a corollary, this question is also appropriate. Is Mr President of a Nation corrupt because the entire Citizenry were Corrupt??

Placing this question in perspective; the society as a body corporate stemmed from its constituting parts , in this case, the private individuals that made up the society or government. It could be deduced therefore that the society is a totality of the sum of it's components.

The foregoing , not withstanding, the Constituted authourity ought to consciously strive above the society Stand for by moderating and midwifing laws and informations that would contrast and control individualistic corrupt standards of the people. This is achievable by conscious information management which appeals to the psyche of Citizenry to conduct themselves above the prevailing corrupt standards of the society.

Thus, it could not be said with all emphasis that either the society or its individuals are liable for Corruption in the society. It is either the government has failed or the people are naturally Corrupt. A worst situation is attained when both Abdicated in their responsibility to nature. Unfortunately, this is the case in most societies and government's.

Interesting question. Beside answering your question it is important to understand what is system. System is a set of rules which are impose d to avoid unfair deeds. System is developed by government and state. What happen where there is massive corruption. Few influencer hijacks the system. They change the system according to their will. This corrupt practice rise the corruption level. Now let's come to your question. The influencer people are the main culprit of promoting corruption. First they damge the system by influencing and placed corrupt people in top ranked seats and than do huge corruption so that no body could catch them

Man will always corrupt the system due to self interest they will find ways to use distrust and manipulation if given the slightest opportunity. All systems are based on trust and unfortunately humans have lost the ability to trust one another, it is a fatal flaw that brings down many systems if not all

People are always "greedy" and they corrupt the system by exploiting existing gaps. In fact, all systems, especially the government system are made well and well. But, because there are smart people who take advantage of their weaknesses, there is corruption.

The essence of all problems and solutions lies with the people. Humans make the system, they also run it. There is no system that damages humans except the humans inside the system are indeed corrupt.

The system is man-made, humans if they are in power tend to be corrupt and destructive.

So in conclusion, man corrupts the system because the system itself is man-made whose nature is a wrong doers.

RECOMMENDED
How can you make a difference in this world?What is your main source of income on STEEM & how much earn since you came?Which island is the best island in the world?What’s the title of the current chapter of your life?Are you making any difference in the World?How can a person make money from pinterest?Why do some people act mean on the internet?How can a student study efficiently ?Who should spend more on a date,the guy or the lady?What scientific discovery would change the course of humanity overnight if it was discovered?