Hmm.. It may not be that easy to be friends with someone you once dated because there are some great moments and memories you've shared together and they tend to keep occurring if you have them as friends.

I will say it actually depends on the kind of love you have for your ex. You know some people may not actually love you for real but they just want to gain something from you and after you give them what they want then they find a way to break up with you. This usually occurs to some guys who are very attached to having sex with ladies because of their body or sexy looks. You will notice these set of guys acting like they love you but after the lady might have given such guy her body for sex, the guy breaks up with the lady leaving her heartbroken because he already got what he wanted.

As for me, if I am truly in love with my ex, it may take time for me to move on having her as a friend because I will always remember those moments we both spent together. I think the best for me is just to avoid getting too close to her until I find another lover so that I won't be bothered about my ex anymore even though she becomes my friend.

I don't believe in being friends with an ex because there is a reason why the relationship ended. My personal belief is that if you are able to be friends with an ex, you weren't in love at all or you are still in love and can't admit it to yourself. Being friends with an ex can bring heartache and way too many unanswered questions. I choose to consciously let that negative energy go and move on with my life whenever possible. Obviously, if you have children together the situation may be different. 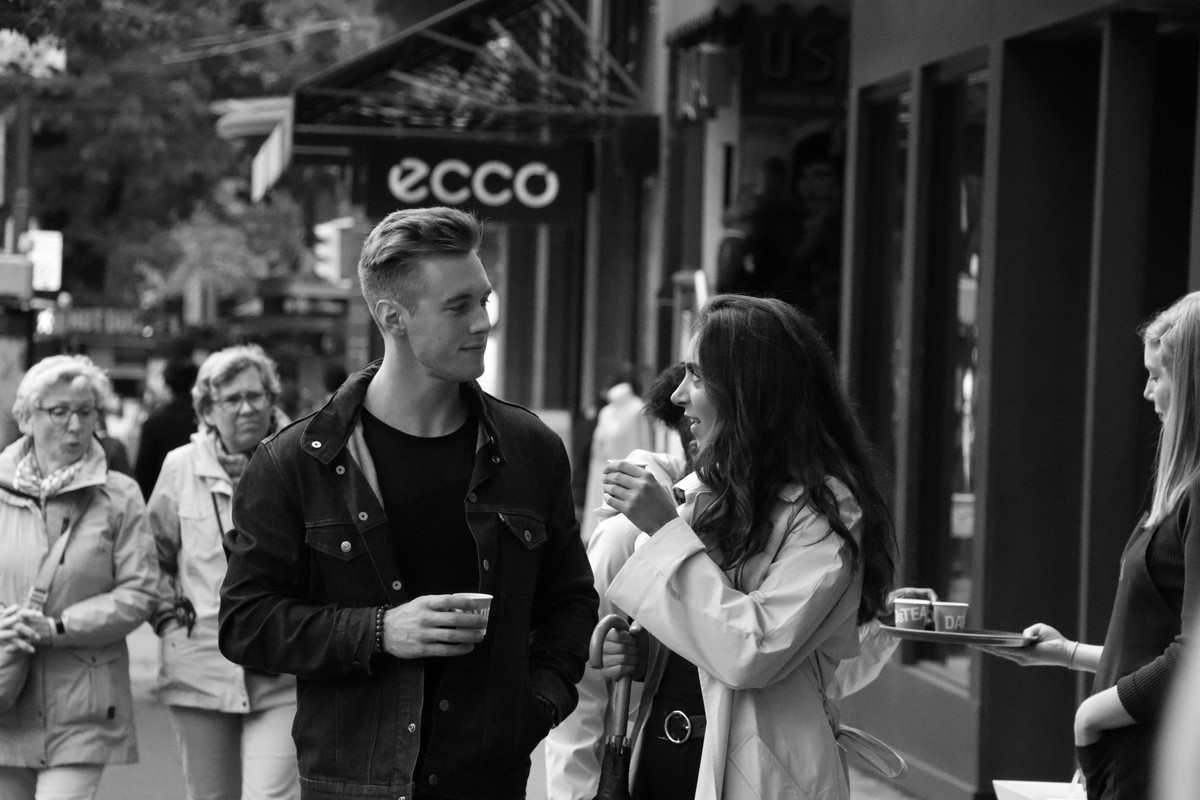 Mmm... sounds good in theory, though not quite as practical in action.

Every situation/relationship is different. Doable with some, others not.

I think its difficult in many relationship when its break.

Because we can see that.Many relation break for hate or for don't like each other mentality. Also some people when breakup there relation they don't want to see their ex boy friend or girl friend face. think its difficult. But some have great mentality they can..But I cant this.Because its not feeling good.Also sometimes some are cheater how can we thought to be friend. Yeah if its in relative or we need to always be with him/her then we can friendly just for work.

But as my opinion its not easy.

Thanks for your question. ..

For me it is not ethically correct to keep our ex as friend after break ups. As we used to share many things with our partner, so after being friend there is a high chances that those will arriase again. Like a certain moments when you make love in past or you kissed each other in a specific place. You will always feel the thing inside you.

I can say that it is very impossible to be only friend with someone after break up. And if you are in a relationship then it's like half cheating. I may never accept if my partner keep his ex as a friend. It does not sounds a great deed.

We are human and full of feeling. There is no way we keep our ex as friend without feeling love inside. So if both of you don't have any current relationship and want to catch up again then may be its okey (the relation may not works this time too), but if not then it is not actually a great things to do.

Well! It is not a bad thing remaining friends with your ex. The only thing is that the friendship will have limit because I will not like to have issues with my present girl because of that fact.

Staying as friends with your ex is just a way of showing that you are mature enough and that you accept the fact that both of you were not meant for each other in the first place.

I don't see any point bearing grudges with your ex or developing hatred for your ex when you both are no longer together.

So like I said earlier, there is nothing wrong with remaining friends just that the friendship will have a limit. It is just a sign of proving how mature you are.

I'm not saying that one should become an enemy with an ex but being friends with an ex can be so risky because at the end of the day one of you may start rekindling old feelings and it will be a disaster if the other don't. And your partner or your ex partner will definitely feel jealous and insecure of such a friendship

It is very complicated when you have had intense and close emotional relationships with a person and then those relationships, even if they are maintained, change their status.

It is possible that a relationship of this type can be lied if the feelings that initially animated really are no longer there and another type of friendly relationship can be established, as the question posed.

I have met people who have been able to do this. Marriages that have been broken and each of the partners makes their lives and can then have a friendly relationship.

Definitely I think that depends on the maturity of each person.

When my husband and I got divorced, he moved to another state and we didn't see each other often. But we still kept in touch with each other, and our relationship was pleasant. Years later we got together and I realized two things.

1. I was really glad we had split up. He was a good man but not a good man for me.

2. He was my oldest friend! We had known each other since Jr. High School and he knew me and knew more about me better than any other person walking the planet.

We have remained in touch, calling each other on holidays and birthdays and even our anniversary and I think the reason we have stayed friends is that no matter what we said and did as young married people, we still respected each other as individuals.

Sometimes the person you're with isn't right for you, but that doesn't make them a "bad" person. Shared events and memories are a powerful thing, and there is nothing wrong with maintaining a relationship with shared respect as it's base when you've had years of shared history. While my ex wasn't the husband for me, we still make pretty good friends and I'm glad we both worked to keep that alive.

In fact, at the moment I am friends with my ex-husband, only it is a friendship based on respect and we have a daughter in common where we teach her that her father and mother are not together as a couple but this does not mean that we should stop talking to each other .

My daughter feels very comfortable now because she can enjoy each of her parents, I think the most important thing is the mental health of the children in this situation, and at least maintaining a friendship alleviates a little the pain of the children. children seeing their parents separated.

My ex-husband is a good person and although we do not agree as a couple I think that in friendship we get along and act according to the well-being of the girl. It is very important to emphasize that the bad past times are behind and that life is based on improving as a person, growing and being friendly, even with the person who has hurt you in the past.

In conclusion, I feel comfortable, calm and happy to share my friendship with my ex and that my daughter is happy about this.

At first I thought it was impossible, to be friends with someone I fell in love with, but it happened, my ex and I are friends now, we write to each other from time to time.

Regardless of why the relationship ended, there must be some connection with that person, after all that person can get to know you better than yourself.  Obviously it is not easy to be at the beginning, but after a while, everything is normal, the truth is worth it. 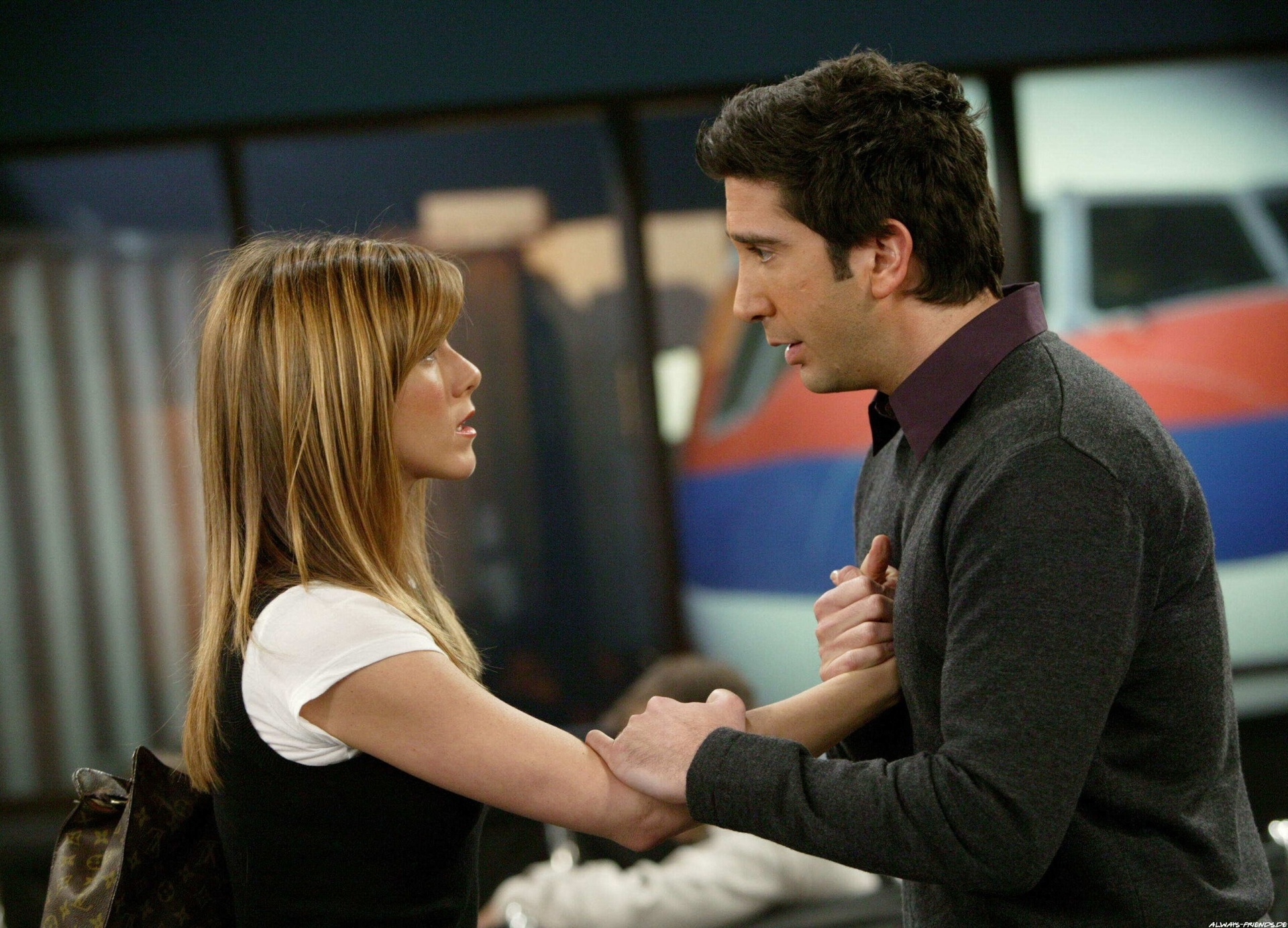 Depends on why I broke up with him. If it was for an unforgivable reason, no. Whenever I see this question, I remember the Friends series where Ross and Rachel's characters were friends at first and then became pairs, but because of a Ross betrayal, which was not betrayal because they had given themselves time, they ended. But although there was a time when they distanced themselves, they became friends again. I get along very well with my ex. He's a very attentive and nice person and we end up for reasons beyond our control.  In fact, I feel that he is much better as a friend than as a boyfriend. hahahaha.

Advantages: that he knows what I am like and I know what he is like; that I have the confidence to tell him some things I don't tell another man friend; that since we already live a relationship, there is no sexual tension because we already burn that stage.

Disadvantages: you know me very well and as a friend it can be very hard; also, even if you don't want to, you can fall into the plane where there was fire, ashes remain, and that can be unpleasant if we already have a partner.

Anyway, I could be a friend of my ex because I believe that if it is a person I have loved and shared with, I don't believe that those relationships or ties will end overnight, especially if we were not engaged for days or months but for years.

I don't have a problem with it , but my girlfriend does. It got really bad when my best friend started dating her, he couldn't understand why it was a problem. Now a 40 year friendship is over. I hope he enjoyed his time with my ex as now he is her ex. Oh well.

I believe you can still stay on talking terms and messaging terms but to be hanging out with each other and seeing each other on a regular basis may be a bit awkward if your new boyfriends and girlfriends are involved.

"Hey let me introduce you to my ex. We are good friends. Loves a finger up the bum and gives great head! " Hiiiiiiiii

$0.00
Reply
RECOMMENDED
How Come Steemit has such a outdated web interface?What is the best Discord channel about technical information about the Steem blockchain and why?Does having a low Steemit reputation causes to make your comments and/or post blank?What other social media platforms do you use other than Steemit?What are the first sign of miscarriages?What determines whether you are going to be rewarded in steem or SBD?What is RC in steemit?Will Quora, Musing and other similar websites become obsolete when AI beomes smart enough to ask and answer questions better than people?Is there someone on Steemit always looking for plagiarism?Did everybody started with about 26% voting power after the Hardfork even if we haven't used it for more than a day?