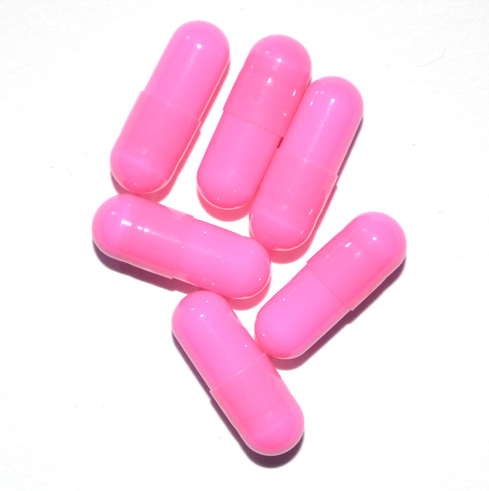 As someone who has an entire YouTube channel talking about drugs, and performed a lot of self experimentation, I think I'm in a unique position to answer this question. That being said, I'm not a physician and I speak to my experience, not to medical advice of any kind.

Not All Drugs Are Created Equal

When asking about the dangers of drugs, many may presume the "drugs" in question are ones classified as illegal in the area they live. This presumption isn't something that inherently good or bad, but it's important to remember at least two things:

1. Types of government regulation don't always correlate to types of danger: for example, the United States has categorized cannabis as a Schedule 1 drug - meaning - no medical benefit. This is, of course, ridiculous and bureaucrats often arbitrarily categorize things incorrectly and irresponsibly. Cannabis is also illegal at a federal level (even though some States have legalized it in various ways.)

2. A lack of government regulation doesn't equate to safety. There are plenty of drugs, like JWH compounds (which used to be available in gas stations) and other synthetics forms of currently illegal drugs which can cause a lot of harm.

What Is A Drug?

How Can We Broadly Categorize Drugs?

There's too many categorize to list even speaking vaguely, but if we remove the medicinal component (yeah, that cold & congestion medicine or that stomach acid reviler you bought is a drug but might not make it into the categories below.)

Downers: You can think about these types of drugs in the opposite way you think of stimulants. Downers tend to slow physiological processes rather than stimulate them. Examples might include Heroin (highly illegal,) Xanax (highly regulated,) and things like Phenibut, L-Theanine (this is actually an amino acid,) & Kava (lowly regulated.) Downers might increase neurotransmitter activity like GABA, but certainly can work on others too in the upper category (like dopamine.)

Psychedelics: The definition of the word psychedelic means to bring parts of the unconscious mind to the conscious mind. In the drug world, this means things like: altered states of consciousness, hallucinations, and personal insight, among other things. Examples include LSD (highly illegal,) Salvia (moderately regulated,) and Nutmeg (not regulated.) Psychedelics often work on the neurotransmitter serotonin, in various ways.

Not All Danger is Created Equal

This isn't a fear piece (more on this below.) However, there's A LOT of information to consider in order to protect yourself before using any drug or supplement. This is why consulting with a physician is key.

Here are some dangers that apply to every category of drug discussed:

Here are some example dangers of, but not limited to, Uppers:

Here are some example dangers of, but not limited to, Downers:

This is not a blog post to induce fear. This has written primarily to answer the question, however, also to make a point I believe to be incredibly important: knowledge can save your life. Independent research and consulting with professionals like physicians increase the likelihood of staying safe.

Resources I Use (in addition to my Doctor.)

And, oh yeah, don't do drugs. This post is about my experience and education. I don't promote drug use.

Recently there had been an incident near my place where two young boys were chased by police for selling drugs. The boys were doing rash driving to escape from the police and suddenly they hit a median in a flyover and unfortunately the boy who sat on the back side of the bike flew from the back seat and jumped over the fly over and was dead on spot. After catching the other boy, it was identified that they both were severely onto drugs.

This incident was really shocking for us because before that we were all thinking that severe drug addiction is something that is happening only far away from our place but was surprised to notice that it is quite common everywhere. It was even identified that many college students were victim to this problem.

How can it be a danger?

Yes, it can definitely be a danger. The incident that I have mentioned in the above paragraph is the best example to showcase how dangerous it can be. There are also other dangers associated with drugs. People easily get attracted to things that make them high. There is a huge network of people who are silently working on selling drugs to people. It was once the case that only rich guys will be able to afford drugs. But today even a layman can afford it.

Drugs can have many negative impacts on people and that is why we call it dangerous. I would like to highlight few of the dangerous things that drugs can do to someone.

With drug addictions people are pushed to a highly lonely state where they don't really care about themselves and do more harm to their body and mind.

When someone is exposed to drugs and if they lose their life, it is very difficult to get them back to normal life. They will continue to live in a different world without any meaning in it. We can say that people who are addicted to drugs are less affected if we look at the situation of their family members or their loved ones.

I was actually surprised to see that young college students even find alternatives for drugs. When the actual drugs are not available for them to keep them high, they buy some specific medicines from the medical shop and split the chemical components from them to create drugs that keep them high. Most of these planning are done by the medical college students as they have access to the medicines and their composition. They easily find a way to create their own drugs by buying some raw chemicals. They don't understand the side effects it can create but they really want to enjoy that particular moment.

I feel that children should be thought how to be disciplined in their very young age so that it will gradually get converted to self-discipline. If the children are not directed right path to live in their life, it lead them towards such malpractices. They not only end up messing their own life but they will also ruin the life of others as well. People who take drugs are usually unpredictable and they will often have mood swings. They even go to any extent if they have a need to get high.

Using drugs comes with it's own risks and the biggest danger is becoming addicted. Once you are an addict then you can't control your actions. It is not the real you anymore as the drug now controls your every thought and action. Your personality changes and even you wont recognize your self anymore.

It will make you do things in order to get your next hit of whatever drug you are addicted to. Braking the law to support the cost of your addiction is a definite as your life spirals out of control.

Families and friendships are not important anymore and they now suffer because of the drug. Most families are torn apart and is hard to piece together. Everyone is hurting for you and the damage it causes is sometimes irreparable.

Your body is going to suffer and could affect certain organs that could be life threatening resulting in death. Recovering and beating the addiction is not easy and is treated as a mental illness. Very few addicts beat the habit.

$0.00
Reply
RECOMMENDED
What new TV shows for this fall season are you looking forward to watching?What are the signs to know when somebody does not like you?How far is Discord helping you as Steemian?What is the MOST important factor which determines POSTS visibility in Steemit ; Could it be Steem Power ?What is your opinion about fathers staying inside the delivery room during the birth of their children?Qquestions do not get much upvote on musing.io as answers. I would think questions are more important than answers on musing.io because if there are no questions there won't be answers. Why do you think questions do not get much upvotes on musing.io?Should we believe on God?Who is an alpha male, and how to be one?Why are there so many transgender males aka ladyboys in Thailand?How to open an account on whaleshares.io?