I always carry a swiss army knife on my belt or when i'm at my work then i carry a multitool. I don't get it why not everybody is doing it to be honest. It's so handy to have a small toolbox in your pocket. Everyone at my work knows that i have tools in my pocket so i get daily requests if they can use my knife, scissors, pliers, screwdrivers, ... I have had many occasions that it saved the day.

These are my favorite tools that i carry with me:

This is my backup tool which hangs on my key chain. The tools are small so it's only for office use or as backup. I like that this knife has a built in led light and pen. When i need to sign something but i don't have a pen with me i can use this pen. The backup light is also very handy for emergencies. 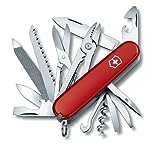 Has all the tools i need and not more. I carry this when i'm not at work on my belt in a pouch. It gets used for a lot of random things like opening carton boxes or letters from the mail, tightening screws around the house, cutting wire, open bottles, ... 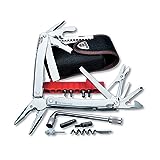 As a technician i use the swisstool spirit very often. I got all the tools i need with me in one small tool. For more heavy duty work the pliers come in very handy but at home or on the road i prefer a swiss army knife.

Sleeping early which allows me wake up earlier

Resting when I feel tired and not working my ass out

Replying my texts as much as I can

Talking to people the way I'd love to be talked to 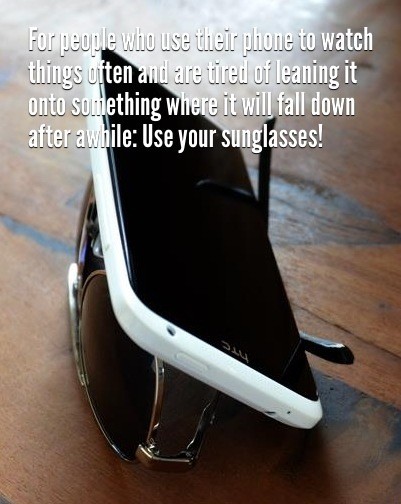 1) PLACING MY SMARTPHONE ON SUNGLASS WHEN WATCHING MOVIES: I sometimes find it difficult to hold my phone in a tilted horizontal position when watching movies on my mobile phone. The best and convenient thing I do is to place my mobile phone on my sunglass which enables me to watch my movie without any stress either by lying or sitting down. 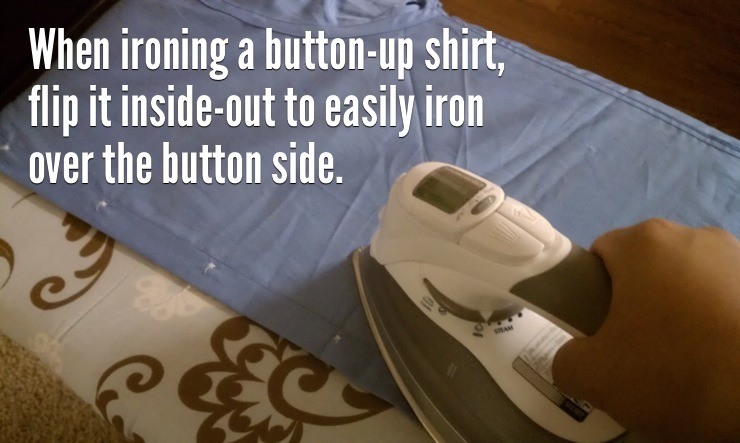 2) IRONING MY BUTTONED SHIRT INSIDE OUT: This may sound unique because most people don't iron their shirts like this. I prefer ironing my shirt inside out as this will make my shirt more smooth and protect it outer part from any dirt while ironing. 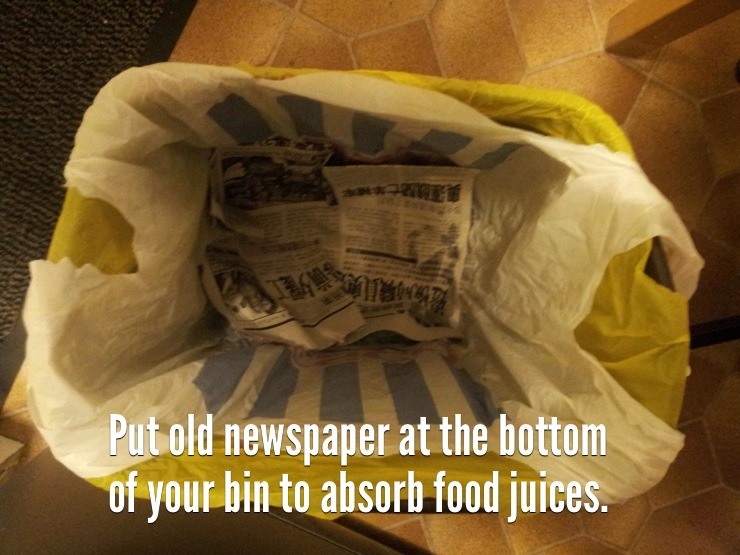 3)PLACING AN OLD NEWSPAPER AT THE LOWER PART OF MY DUSTBIN: I love doing this as it helps to protect my waste bin from juice and other rodents. The newspaper protects an any direct contact with the bin itself. 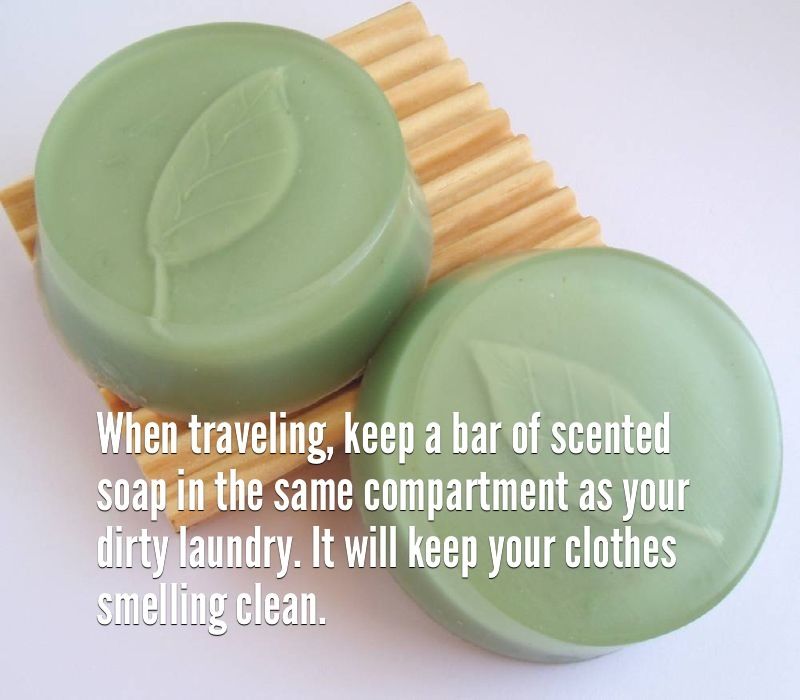 4) PUTTING A SCENTING SOAP ON MY DIRTY CLOTHES WHEN GOING TO THE LAUNDRY: I hate it when my dirty clothes stinks in the nostrils of others. To avoid stinking odour, I love adding a scented soap on my clothes such that the laundry man will think I added a perfume not knowing I am trying to protect those stinky odour 😊. 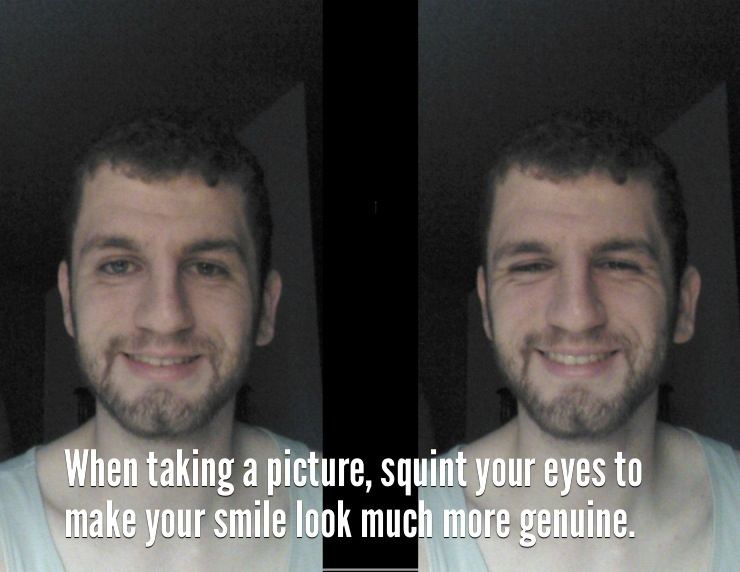 5) SQUINTING MY EYES WITH SMILE WHEN TAKING PICTURES: I love it when my pictures are cute and my secret to cute pictures is by smiling with squinting eyes because it makes the smile looks real and genuine. 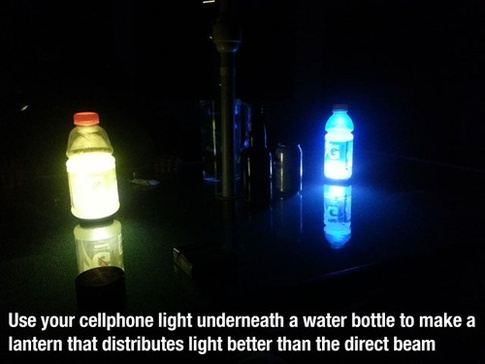 6) PLACING MY PHONE'S TORCHLIGHT UNDER COLOURED WATER BOTTLES: This may sound funny though but I love doing this when I need to beautify my room at night. It makes my room look like a club with beautiful light illumination produced by the bottles.

I do a lot of streaming and thus have a webcam, and it's hard sometimes to remember to look at the camera properly. A hack I picked up from someone who does a lot of webcam based interviews - stick googly eyes on the webcam where you need to be looking and make eye contact with them so you're not tempted to do so with the screen/person on your screen. Makes you look a crap ton more professional, and if you're the kind who would giggle at googly eyes just put regular eyes printed from the internet or drawn on paper or something.

A few cleaning hacks; you can make just about anything for cleaning yourself, as long as you watch what chemicals you're mixing. For example a mixture of vinegar, borax and water can make a great non-bleach alternative to toilet bowl cleaner and mildew remover for showers. Great for those sensitive to bleach and/or its smell, or those with pets who are worried about its affects. It's super cheap and easy to make your own laundry soap, and better for the environment - Google has some great recipes for this. Need a carpet cleaning powder? Combine some ground herbs with baking powder (rose petals and lavender buds, for example) and sprinkle in the carpet then leave for a bit before vacuuming up, takes all the odors out with it and helps draw dirt to the surface without any harsh chemicals, again great for those with pets.

Need shower products? You can make your own bath bombs pretty easily and if you want them to fizz it's just citric acid which is easy to get. A mix of sugar, used coffee grounds and a carrier oil (coconut, jojoba, even baby oil!) makes a great one for your general body by removing dead skin and smelling great, though if you have sensitive face skin it's not a great idea and sugar + lower body parts don't mix so none of that. A similar mix with some lemon juice makes a great smooth leg bit too, you basically shave and then slather it on and then shave again like shaving cream.

Honestly I have my own recipes for all of these things but they're made of trial and error and personal preference. It's one of those things that most people just don't realize it's super easy to DIY so I suggest hitting up Google and finding some recipes then tweaking to make your own variation with your own preferences.

Oh, and for food? Any time you're making anything with chocolate if it calls for water replace the water with coffee, and if it doesn't but you can get away with a bit of liquid add a little coffee anyway. Really brings out the flavor of the chocolate, especially dark chocolate, and doing this for things like cakes and brownies has brought me a ton of praise over the years :)

$0.00
Reply
2 Comments
RECOMMENDED
Have you had any previous experience with blogging before joining Steemit?What are the disadvantages of creditcards?What is the strongest method to spot true love?Mention one dying project on the steem blockchain that you wish you could resuscitate or create awareness on/for ?What is the best Christmas gift you have received from someone?She insist on sex without condoms,how do I stop this?Can You List and Explain Three Reasons Why Musing-io Is One Of The Best Dapp In Steemit Blockchain?What are the shocking benefits of marijuana?I heard about some churches that don't allow people with fancy wears inside the church, do you think their actions are justified ?I Spent About 4 hours Daily In Musing-io: How Would You Consider This ; Too Much or Not Enough: Why?