In the animal kingdom, there are few species that practice monogamy by nature, among which we can highlight birds and a few mamieferos. Humans enter into these few mammals however it does not come into play along with our instinct. Humans have a high index of infidelity. Although the difference between studies is important, most coincide in pointing out that between 40 and 50% of adults have been unfaithful at some time in their lives. The figure varies according to the countries. In Spain, the latest survey of the CIS, of 2008, pointed out that 20% of Spaniards, men and women, had had some sexual relationship with someone who was not their partner, but sociologists insist that the figure should be to the much greater force, and it could be increasing.

There are several reasons why people tend to be unfaithful or to have a slip, I will mention some.

Monogamy has never been accepted. The subject has never had the intention of being monogamous. Despite having married or having accepted a commitment. He has never wanted to have sex only with his partner. Marriage, for him or her, would be just a sacrifice made to maintain a relationship that they consider satisfactory in time. Monogamy for these people is nothing more than a nuisance, something to avoid, rather than something to maintain.

Our partner does not give us enough. It is a very common reason to be unfaithful. The subject finds that his partner does not give him enough love, time and attention that he considers adequate, and that they do receive the family of the spouse, children or work. Many times these people are not aware of their emotional needs, do not talk to their partner and, finally, end up being unfaithful.

We believe that love has disappeared. The unfaithful subject mistakenly perceives that love has ended in the relationship, because the sexual and romantic intensity of the first steps in a relationship is no longer given. The reality is that, in healthy couples, as time passes, love transforms into greater commitment, intimacy and trust.

There is an emotional vacuum. If the relationship is unsatisfactory, the most normal thing is that, sooner or later, one of its members ends up being unfaithful. Especially if the problems of the couple make one of the two people get away from the rest of nearby people or friends. Sex and romance are used to fill an emotional void.

We know we're going to leave our partner, but we want to have someone in the bedroom. It's that simple Before facing reality and telling our partner that for us the relationship is over, we look for an alternate, to be able to replace our partner as soon as the decision has been made. Many times this is done unconsciously, but it is done.

We get bored with the routine. Although the relationship may be generally satisfactory, at some point simply one of the parties gets bored and wants to try something special. Find a mysterious and intense pleasure in a secret relationship.

We feel insecure. The unfaithful person feels in inferiority of conditions with respect to his partner: older, uglier, with less money ... The infidelity serves to reaffirm its value in the love market, raise self-esteem to be considered desirable. The problem is that the infidelities caused by this reason are not usually meditated, and repentance is just around the corner.

I hope my answer will be useful. Thnx 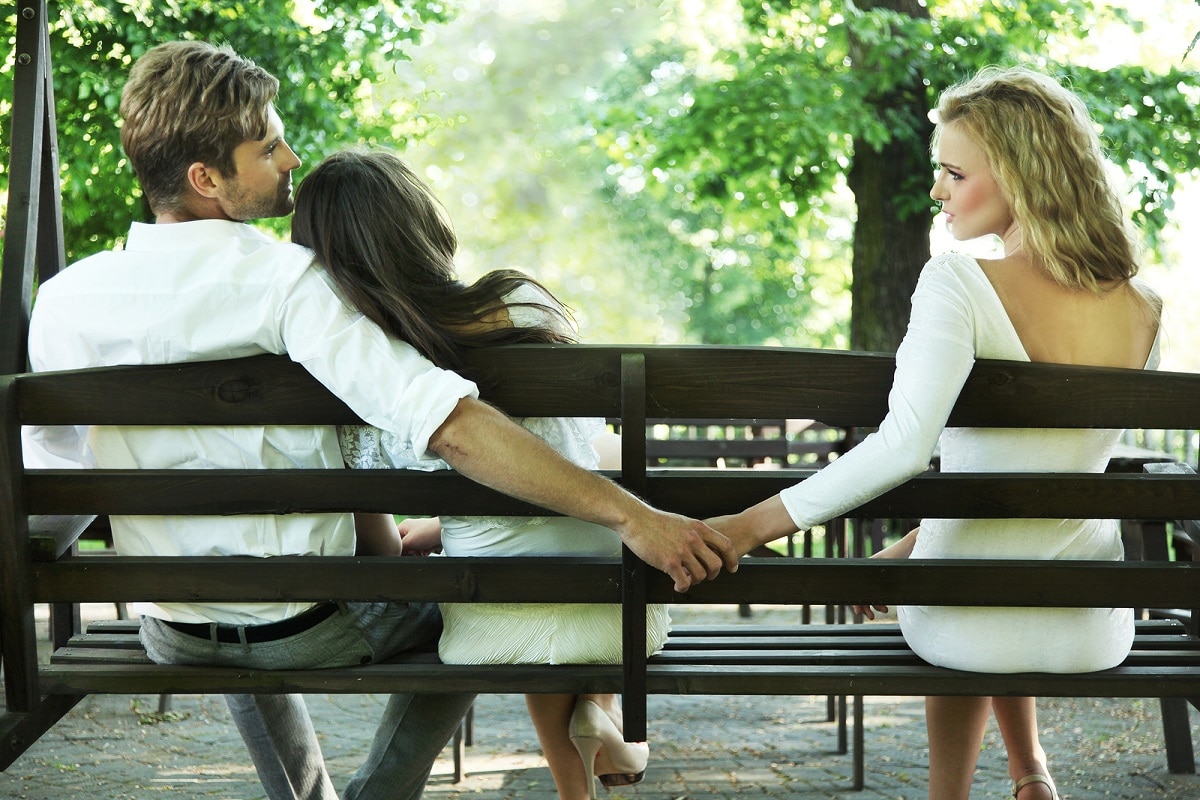 Each person has their reasons, but in my view, the most common is the lack of attention and especially sex by the couple. People who are unfaithful tend to look outside the home for what they do not find inside, and when they begin to stop feeling valued and / or desired there are many possibilities that they end up being unfaithful, either by looking for it directly or by simply arising, but there is already a predisposition to it.

Although of course it is not the only reason. There are very active people sexually who for much sex that they receive from their partner always want more. Sometimes it is also associated with the novelty, the morbid feelings they feel when they are with a different person each time, trying new things, new situations ... each person is different and thus each sexual relationship is also different.

Sometimes it also happens that we meet someone who looks at us and / or treats us in a special way that we had not felt for a long time. Couples tend to settle in, the initial passion is passed, not only sexually, but the caresses, the pampering, the kisses, the compliments, the beautiful words ... and suddenly running into someone who makes us feel wanted again is a wonderful feeling . And we may not look for it ... but we already know that rubbing makes love.

Others are infidels taking advantage of the moment, "if it arises why not, it's just sex". People who travel regularly for work consider that if their partner is not close it is as if they were less unfaithful. Others take advantage directly at work, either by vice or by releasing stress, they think that they continue their journey more relaxed.

Then there is also the morbid factor of being unfaithful, doing "forbidden" things that nobody knows can make you feel alive, and keeping those secrets that also give you a lot of satisfaction is something that many are not willing to give up, no matter how well be with your partner.

In addition, we must take into account what each one considers infidelity. There are people who see badly that their partner masturbates and believe they are infidels if they do it thinking of another person or directly of virtual form with another ... or even with an inflatable doll. Others, on the other hand, see the limit in physical contact.

Many men who resort to prostitution consider that they are not infidels because they are simply satisfying a physical need and are not intimate with the other person, there are no feelings.

On the other hand swinger couples who make exchanges or have an open relationship and both can have sex with whoever they want are not infidels because it is all spoiled by the other person.

The limits of infidelity are marked by each couple and as each person is a world, one can not and should not generalize.

Well this is now a dicey question. A lot of people have their own reasons to be faithful to one partner and they owe that charge the responsibility to remain faithful. The human species is one that is dynamic and capable of various culture. Man is capable to culturally or religiously regulating his natural or biological instinct of which infidelity of one.

Is for me there are many socio-cultural, personal, religious and more reasons why people subscribe to remaining Fidel in their marital or sexual relationship. Man therefore owe himself the responsibility to remain faithful to his believes or convictions to remain faithful.

$0.25
Reply
RECOMMENDED
What is the most interesting video game you have played?What is solar technology and why are people running behind this system?Who are the biggest winners on capitalism? The states or corporations?What made you last this long?What did your last relationship instruct you?What is life and what is it for?Is it true that when we die we go to hell or to heaven?If you are given a chance to bring back a famous personality who is dead now, back to life again, who will that be and why?Can we create happiness in our surroundings by saying some good words?Actifit Android App 0.4.0 Released With Major New Features?