HomeAnswerNotifications
X
HomeAnswerNotificationsCustomize Feeds
HOME→QUESTION
Vicokiwi
Question asked on question 2 years ago
Do you think that socialism works?
Socialism is a political and economic doctrine that advocates the ownership and administration of the means of production by the working classes in order to achieve an organization of society in which there is a political, social and economic equality of all people.
$0.53

All the systems work. They break down when an opportunity for personal advantage or gain comes along.

Each system does work on the basic foundations, Any system that is the only system is doomed to failure. It leaves little to no room to make changes when needed,

A new foundation of how we live needs to be started to make the changes, Changing everything that is there one thing at a time will not work, as one thing changes in our favour something else somewhere else will be changed to trap us again.

We have to provide that road for people to travel before they will travel on that road.

Currently those in power are to the most extent excluded from prosecution. This is so they can perform their jobs without risk of death for an error in judgement on a choice they  make. Unfortunately this shield is abused and used to gain personal advantage. A system to change how those in the power of government should abide by rules and regulation of the nation and be subject to prosecution in the event of failure to represent those they are there to represent can be established. A great investment into Industry is needed to make this happen. A block chain based foundation to support these projects that can build that foundation is primary.

A decentralized block chain with a voting power of one vote one person all carrying the same weight. Building industries that will reduce the cost of living to everyone, while maintaining a focus on industries that are considered a necessity for living in today's society.

In theory ownership, administration and means of production by the working classes should work like a distributed system, but in practice those means of production ends up in the hand of the state. But, it does work in companies owned by employees in a capitalist state.

If the workers in a factory are not satisfied with their working condition, the state will just suppress dissent because in practice the workers union in a "Socialist state" are under the state which is controled by a single party.

We have yet to see real socialism practiced in any socialist state, ironically companies practicing socialism can flourish in a capitalist state.

While googling I found 100 employee majority owned companies in America, some are 100% owned by employees.  The list can be found in this link: https://www.nceo.org/articles/employee-ownership-100

So socialism does work in practice (for a company at least), but not a state. But, a state that have some sort of socialism like social welfare, universal health care and free education does work by taxation. 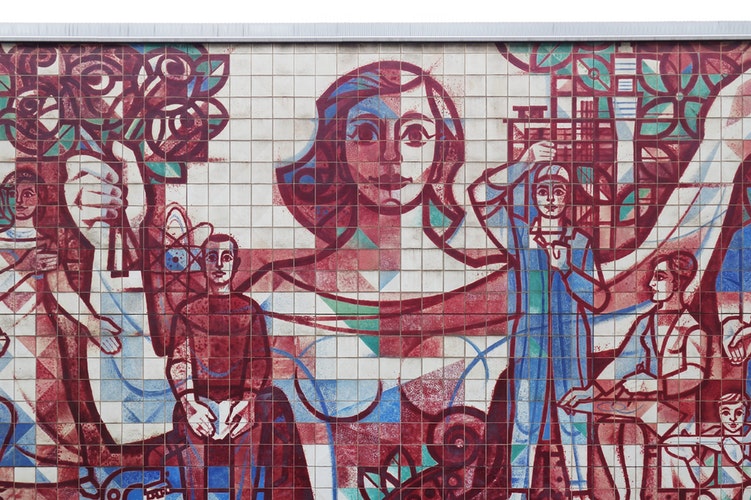 - Image by Dimitro Popov from Unsplash.com

I cringe whenever I hear 'equality'. I agree that people should have equal opportunities. But a system that doesn't allocate based on investment and contribution isn't fair

Plus, socialism can become cronyism in disguise (which is far worse than capitalism). Essentially, the 'working class' would have to appoint people to oversee the distribution. That's where the problem begins

Cronyism is the practice of partiality in awarding jobs and other advantages to friends, family relatives or trusted colleagues, especially in politics and between politicians and supportive organizations. For instance, this includes appointing "cronies" to positions of authority, regardless of their qualifications

I don't trust people generally. It's only a matter of time before a set of people hijack the system and allocate based on personal interests

I believe capitalism is better and fairer.

In theory it should work, the problem is that people that are in a position of power only apply those rules for the people and not for themselves, normally when they get to the power they forget about those bases, except for Pepe Mujica who I think is a person who always practiced his principles

As far as poverty is concerned there has never been a more effective system than capitalism in eliminating poverty in the free market.

Most economies where you have a lot of poverty a due to bad management of the governments and their corrupt systems. For example North Korea, Soviet Union, Cuba, Venezuela, Greece, ...  They are the proof that communism and socialism doesn't work.

When you look at the richest countries on earth, the all have an open free market without a lot of government intervention. That's one of the reasons the stock market did so bad in 2018. When Trump wanted to tax trade with China and other countries it's very bad for the free trade and investors don't like that.

Yes, it works great! In theory... However, just like many other systems, it stops working when some people are becoming greedy...

Based on the past 80 years, not so likely. But you never know how things might turn out in the next 300 years or so

No. Definetely a big no. There isn't one country that has succeeded with it and it is not a healthy society to live in. When everyone is paid the same and has to have the same size apartment etc  it would be highly depressing. Why do you think the Russians are so happy now.

$0.00
Reply
RECOMMENDED
How do I recover my new account?Is musing helpful to you? Why?Imagine you have a closet full of clothes. But it's very difficult to find a shirt. So what will you do to arrange those clothes to make it easier to pick them up?How long have you used Steemit and how much money have you withdrawn?What is the Most Important Things To Know Before You Ever Consider Getting Married?Do you think that the idea of a Security Token is more convincing than a Utility Token?On steemit, if you do not claim the rewards in your wallet, after a certain period of time do you lose them? Or are they just there forever until you claim them?If I lose my steemit password, will I be able to recover it?How to reduce blood pressure instantly?What is the recipe for looking young always?